One of the things Coach Bryan Westfield was noted for saying to his Pioneer High School athletes over the years was, “Where are the smiles?” Another was: “Pray until something happens.”

There were lots of tearful smiles and uplifting prayers at Friday’s memorial for the school’s longtime science teacher and coach.

Sydney Toth, a current member of the track team, said he was more than a track coach.

“He was your teacher, your coach, your family member,” she said before the 2 p.m. gathering. “He just touched everyone in such a powerful way.”

Noting Pioneer’s nearly packed auditorium just before the memorial began, Sarah Martin asked, “What would you expect for the greatest ever?”

Martin said her daughter ran for Westfield for four years, and was on the state championship team for three of them.

The event was filled with gospel music and accolades for Westfield, who taught biology and science for more than 40 years at Pioneers, and began coaching the women’s track and cross country programs in 1978.

He is also among the 24 contenders for USA Today High School Sports America’s Best 2014-15 Coach.

Jordyn Bresch said Westfield was successful not because he was so hard on his athletes.

“We were all so close, we didn’t want to disappoint him,” she said.

Speaking on behalf of the Westfield family, Seana Arnold noted that Westfield (whom his team called Westfield or Wes) was not one for social media, but that she’s read so many tweets in the past week from his many devotees.

In the eulogy, Dr. Joseph N. Cousin said Westfield ‘taught us how to run the race of life.”

“It’s only fitting that the service would be here at Pioneer, where he mentored and looked out for so many students over so many years,” he said.

When a false fire alarm toward the end of the memorial interrupted Cousin’s talk, Pioneer’s Kevin Hudson took the microphone and led the Bethel A.M.E. Choir in singing, “How great is our God!”

The crowd loved it, and it became a rollicking, final tribute to a man known for his faith, commitment to others, and ability to roll with the punches. 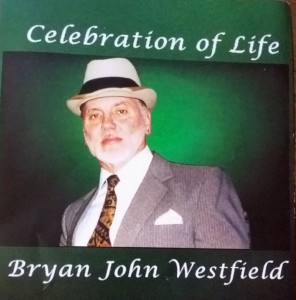 Vania Nelson Phillips, who graduated from Pioneer in 1992, said Westfield changed her life.

“I remember telling Westfield, `I’m not going to college,’ and he said, `Oh yes, you are,’” she recalled. “I ended up graduating from Eastern Michigan and now I have my master’s in social work from the University of Alabama. His lesson is one that will never be forgotten. He’ll always be with us. All of us. He changed my life. He saved it.” 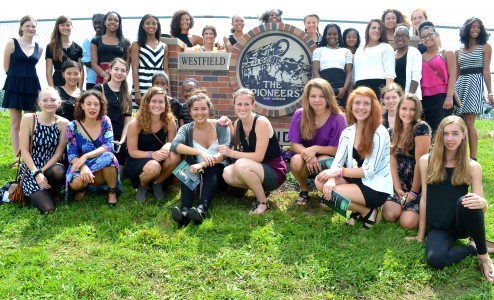