After taking first place at regionals, the newly-formed Huron High River Rats Forensics Team advanced to the State Championships which was held at Oakland University on May 3-4. The team was formed this year due to the interest and dedication of student leaders Anvit Rao and Sophie Wolf. English teacher and team advisor, Letitia Simmons, states, “…it is through their guidance, peer coaching, and passion that this team has been so successful and, essentially, why it exists.” Congratulations to the members of the River Rats team: Siddarth Jha, Nikhil Girish, Karsin Dass, Aya Kamat, Durva Chavarkar, Shivam Jha, Anvit Rao, Joy Huang, Sophie Wolf. Kristy-King Freyre and Letitia Simmons serve as advisors to the group. 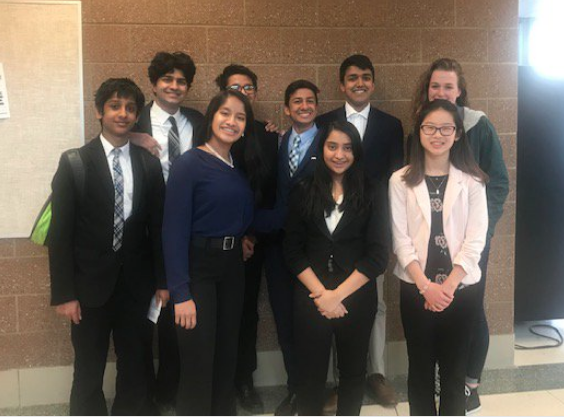 Congratulations to Community, Huron, Pioneer, and Skyline High Schools for being recognized as GreatSchools College Success Award winners for the second year in a row. This award is based on school-level college preparation and postsecondary data collected by the State of Michigan and measures college readiness, enrollment, and retention. 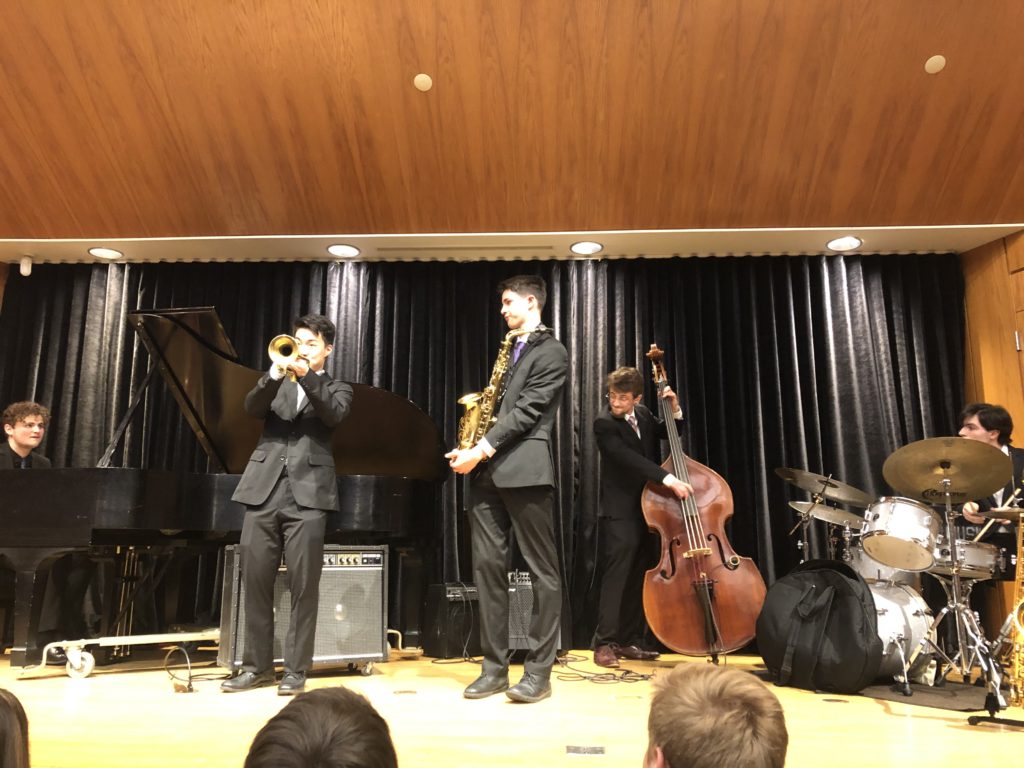 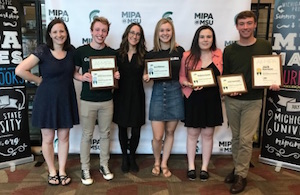 After winning performances at the district and state levels, the PiHi Samurai robotics team advanced to their division finals at the FIRST Worlds Championship that was held in Detroit in late April. When all was said and done, the Samurai finished in the top 7% in the world rankings. Over 17,000 students between ages 6 and 18 representing 37 countries were reported as having participated in the competition. FIRST stands for For Inspiration and Recognition of Science and Technology.

After winning the Great Lakes semi-finals in Columbus, Ohio in March, the Skyline Blues advanced to the 2019 International Championship of High School A Cappella Choirs in New York City where they took second place. The Skyline Blues is directed by Lindsay CieChanski and Austin Terris. In addition to the groups impressive showing, Blues member, Chris Ekpiken, received individual recognition for Outstanding Vocal Percussion.

Huron High School students Vidya Srinivas and Young-Bin Kim were named High School Champions and overall Grand Champions at the 2019 Michigan Invention Convention held at the Henry Ford on April 27. Their prize-winning invention was the Auto Image Medical Computer Vision Technology which helps identify cancer cells. Another Huron student, Ryan Gudal, was the High School Runner Up with his invention, the “Drive Smart” Alcohol Detection System. Both projects will advance to the 2019 National Invention Convention at The Henry Ford Museum on May 29-31.

Both the Slauson and Pioneer Science Olympiad teams won second place in their respective competitions at the Michigan Science Olympiad State Tournament that was held at Michigan State University on April 27. The teams will now advance to the National Science Olympiad Tournament at Cornell University on May 31- June 1. The Pioneer team is led by student captains Emj Rennich and Sampoorna Ravikanth and mentored by staff advisor, Jenni Wilkening, and UM grad student, Yifan Li. The Slauson team is led by Head Coach, Jon Hanson, and staff advisor, Kim Jaster.

Pioneer sophomore, Zach Pryor, was chosen as the First Place winner of the Business Growth Plan Event at the DECA International Career Development Conference that was held in late April in Orlando, Florida. Zach is the owner of his own business, MichAgain Signery. For this event, he was required to devise a business plan with a strategy for future growth. Zach competed against thousands of students from across the US as well as those from Canada, Germany, China, and Spain, making him the first Pioneer DECA member to win an international championship since the chapter was formed in 1980. Additionally, a team of Pioneer seniors were named International Finalists in the Business Services Operations Research event. Grace Knorr, Layla Jarjoura, and Cora Newman placed in the top 20 for their student project that focused on ensuring student safety by creating a partnership between UM and Uber.  DECA prepares emerging leaders and entrepreneurs in marketing, finance, hospitality, and management in high schools and colleges around the globe. 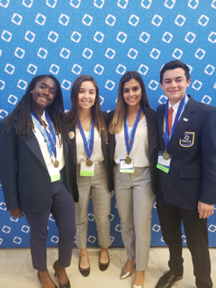 Pioneer sophomore, Brian Khuu, was recently named the winner of the Suburban Collection Focus on the Road video competition. The competition, which aimed to educate teens about the dangers of distracted driving through the creation of 30-second videos, awarded scholarship money to area students. Skyline students, Tomoaki Ashida and Thomas Boss also received prizes for placing second and third in the contest. 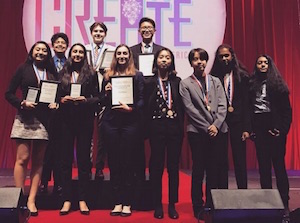 Rec & Ed has been named the US Tennis Association Midwest Section Member Organizations of the Year. This award is presented to a tennis community, recognizing its service to its members through junior and adult programs and its history of providing these services. Rec & Ed’s tennis programming includes approximately 300 multi-session, affordable, youth and adult tennis camps annually at 12 sites throughout AAPS and the UM Varsity Tennis Center. 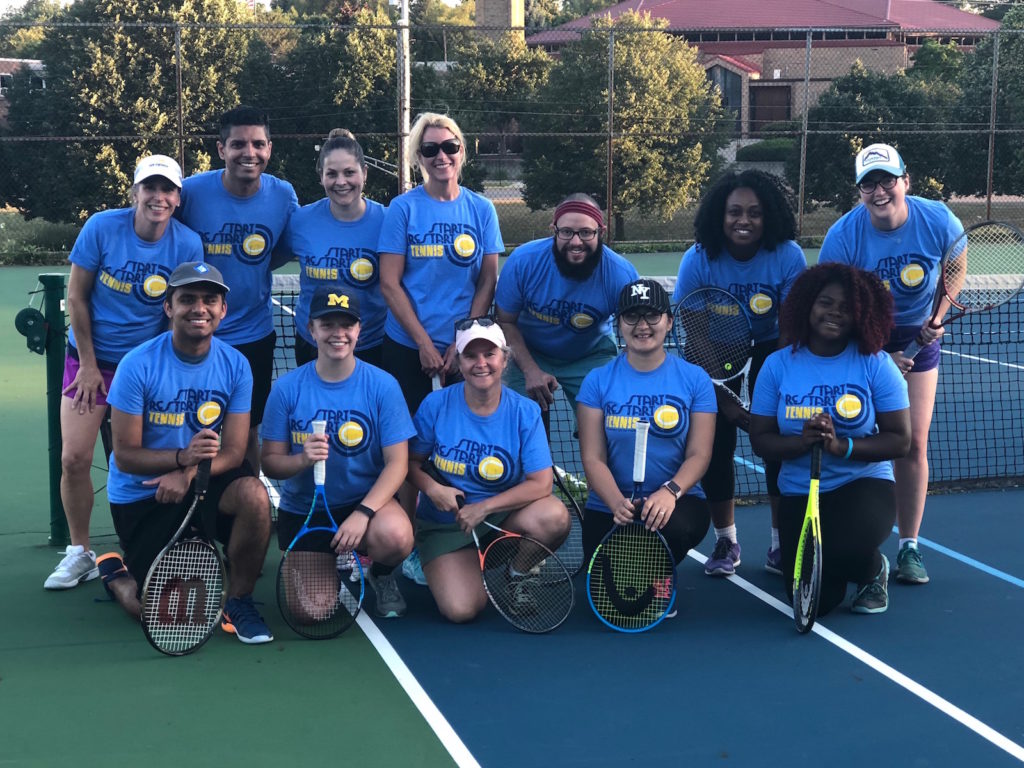 Scarlett Middle School band teacher, Caroline Fitzgerald, has been named the 2019 DTE Energy Foundation Educator of the Year. This award recognizes and celebrates educators who value the importance of an arts education and create a culture for the arts to flourish in their school communities. As part of the award, the University Musical Society will provide tickets and transportation for Ms. Fitzgerald to bring a class to a UMS School Day performance next season and work to bring a touring artist to Scarlett for a class visit or school assembly. 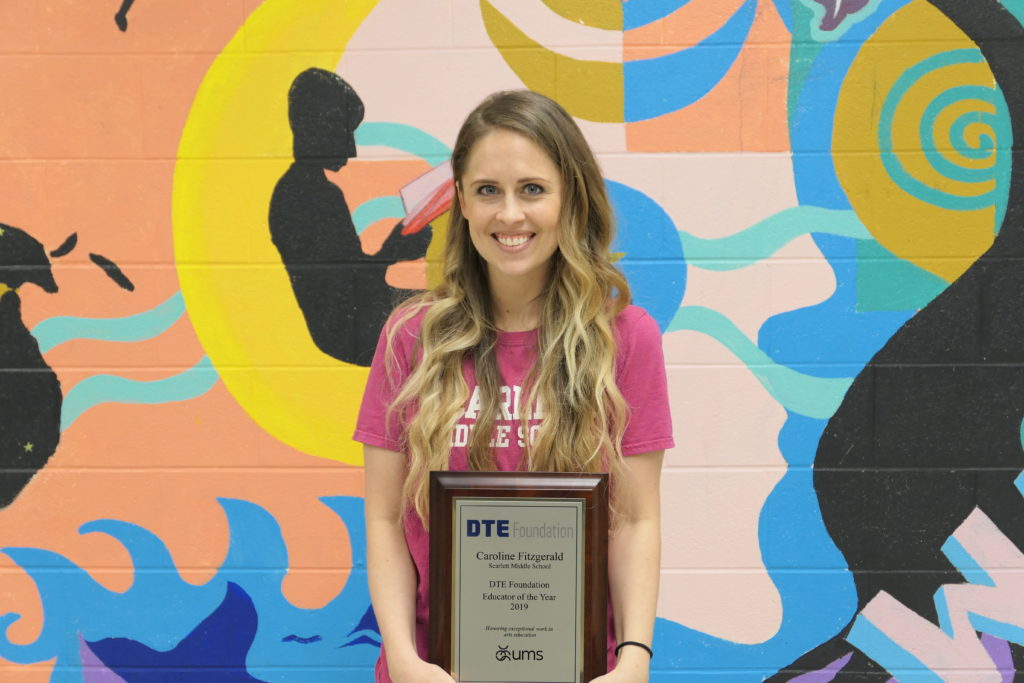 Slauson is Michigan School to Watch

On May 7, Slauson Middle School celebrated being named a Michigan School to Watch. The School to Watch program is part of a nationwide network that identifies and recognizes excellence in middle-grades schools. Schools are chosen based on academic excellence, developmental responsiveness, social equity, and organizational structures and processes.

AAPS Intervention Specialists Dante Dorsey and Marquin Parks were selected to present at the 2019 MSAN Institute, the national conference sponsored by the Minority Student Achievement Network, which was held in Madison, Wisconsin, in April. Their presentation, “Evolving Roles: The Journey of our Intervention Specialists Team,” highlighted various approaches employed by the intervention team at AAPS. The Minority Student Achievement Network (MSAN) is a national coalition of multiracial school districts that have come together to understand and eliminate opportunity/achievement gaps that exist in their schools.