Ann Arbor’s Pioneer High School improved upon their 2018 fourth place finish to place second in Division C at the Michigan Science Olympiad State Tournament held at Michigan State University on Saturday, April 27. This has earned them an invitation to compete in the 2019 National Science Olympiad Tournament at Cornell University on June 1. The only other time Pioneer has advanced to the national stage was back in 1994.

The driven Pioneer team is led by student captains EmJ Rennich and Sampoorna Ravikanth, mentored by staff advisor Jenni Wilkening and U-M graduate student Yifan Li. The team of 15 students plus two alternates competed in 24 different events spanning fields of science and engineering, and were overcome with emotion at the award ceremony when they discovered their 185 total points edged out third place Troy (211 points), just behind state champion Northville (121 points). Only the top two schools in Michigan advance to the national tournament. 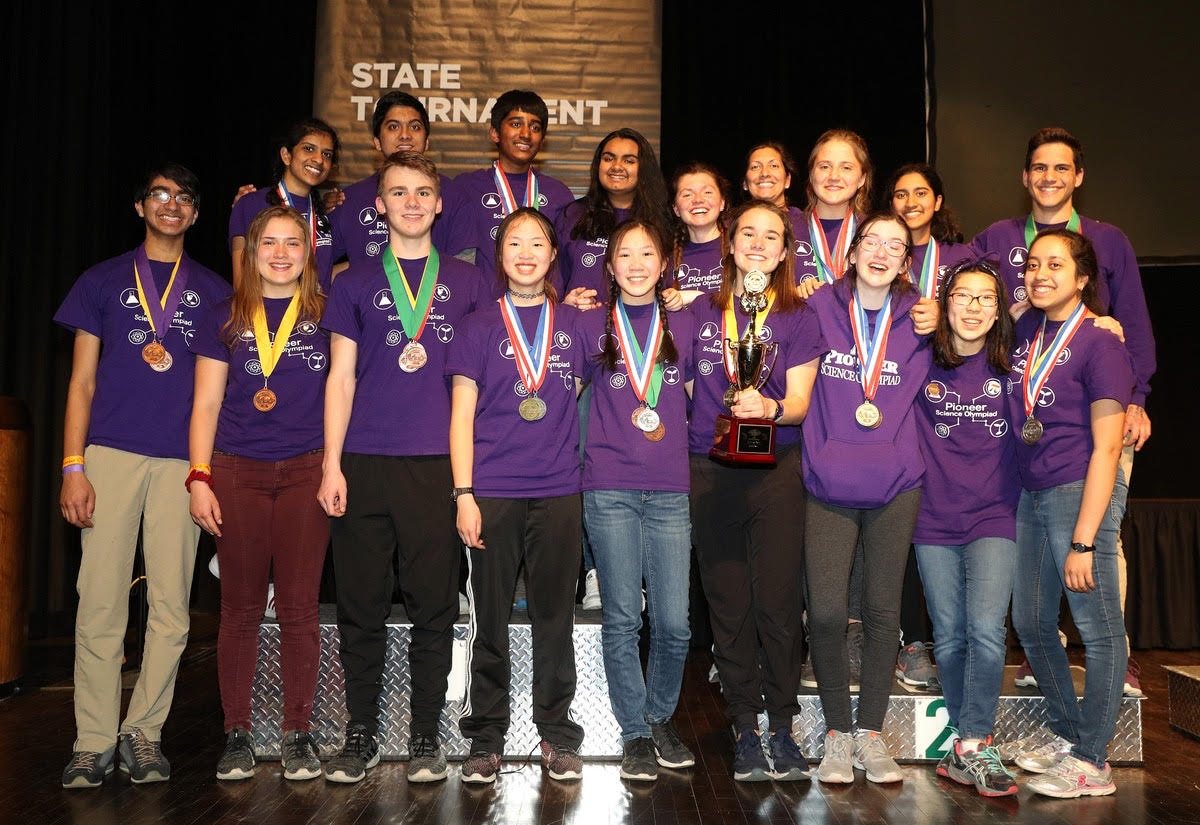 “Making it to nationals is a dream come true,” said Rennich, who along with several of her teammates, has been participating in Science Olympiad for 11 years, starting as a second grader competing in the Washtenaw Elementary Science Olympiad. Wilkening described this year’s team as “a very talented, bright group of student scientists” and added, “but most importantly they work hard and want to help each other succeed.”

Their giving spirit was evident this season, with several Pioneer Olympians carving out time to also coach events for the Slauson Middle School program. 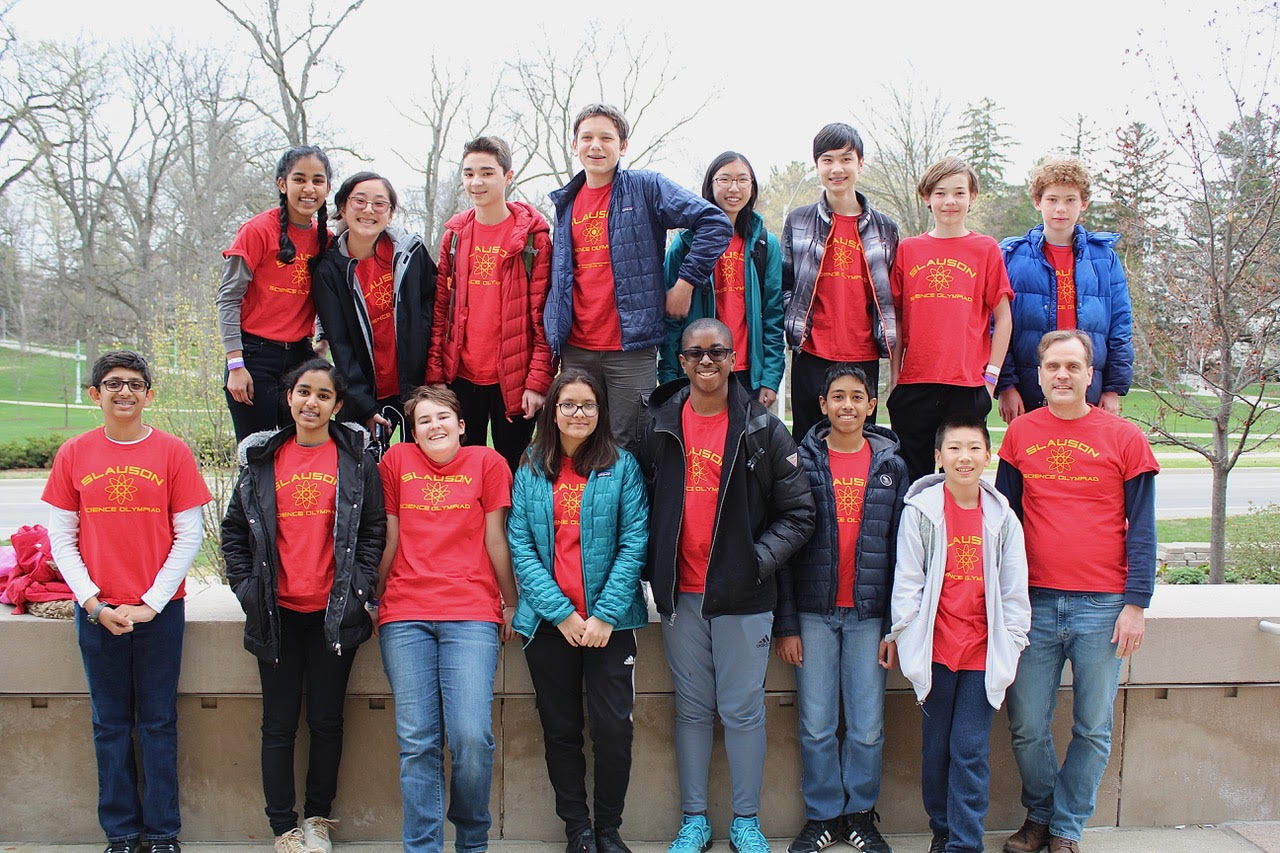 While some of their rivals struggled with a few events on competition day, Slauson managed to place in the top 25 of the 60 teams participating in each of the 23 Division B events.

“The competition was very tough this year,” said Hanson, “so it took a lot of consistency across all the events to qualify for nationals. I couldn’t be more proud of this group of hard-working kids and volunteer coaches.”

The Pioneer team placements were:

Huron’s team placements in the top 15 were: