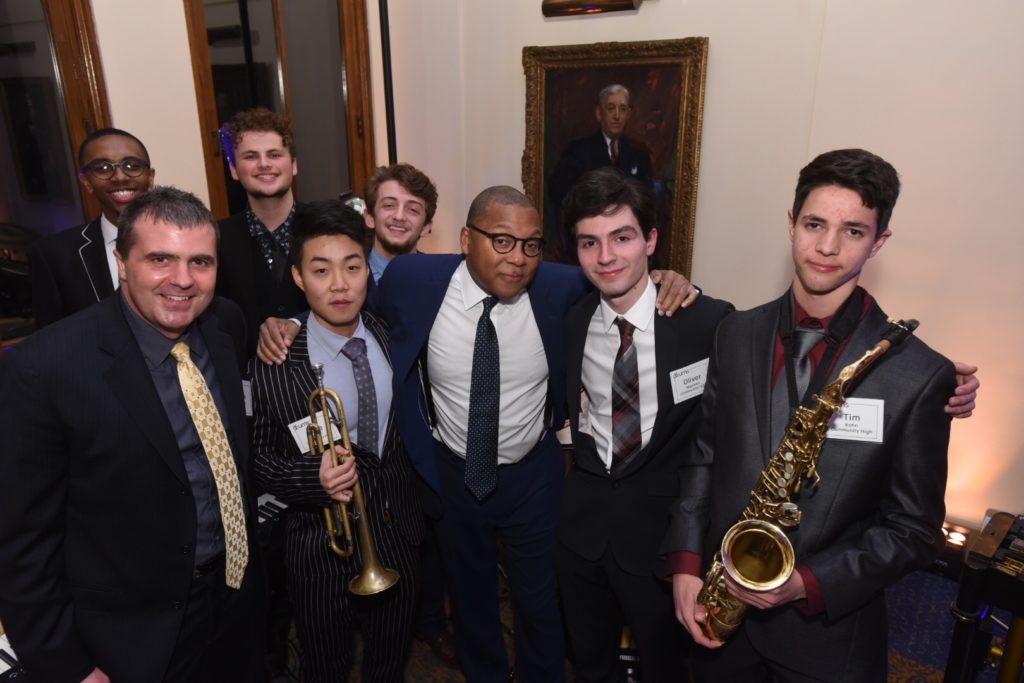 It was a night to remember at Hill Auditorium Monday when Community High’s jazz combo ‘Unified Field Theory’ performed for Wynton Marsalis, the esteemed director of the Lincoln Center Jazz Orchestra,  Juilliard’s Jazz Program, and a nine-time Grammy winner and Pulitzer Prize winner.
UMS hired the combo to be the sole (and soul) entertainment for a private dinner party of about 60 guests.
“He was very complimentary of the students and their playing,” said Jack Wagner, Community’s jazz program director. “The students deserved it! They played beautifully and caused quite a buzz with the guests. We put in a lot of extra time rehearsing and learning some tough music just for this occasion.
The students who performed d were Jake Lee, Tim Kohn, Aris Chalin, Oliver Mayman, Jonah Eichner, and Terrence Vick. 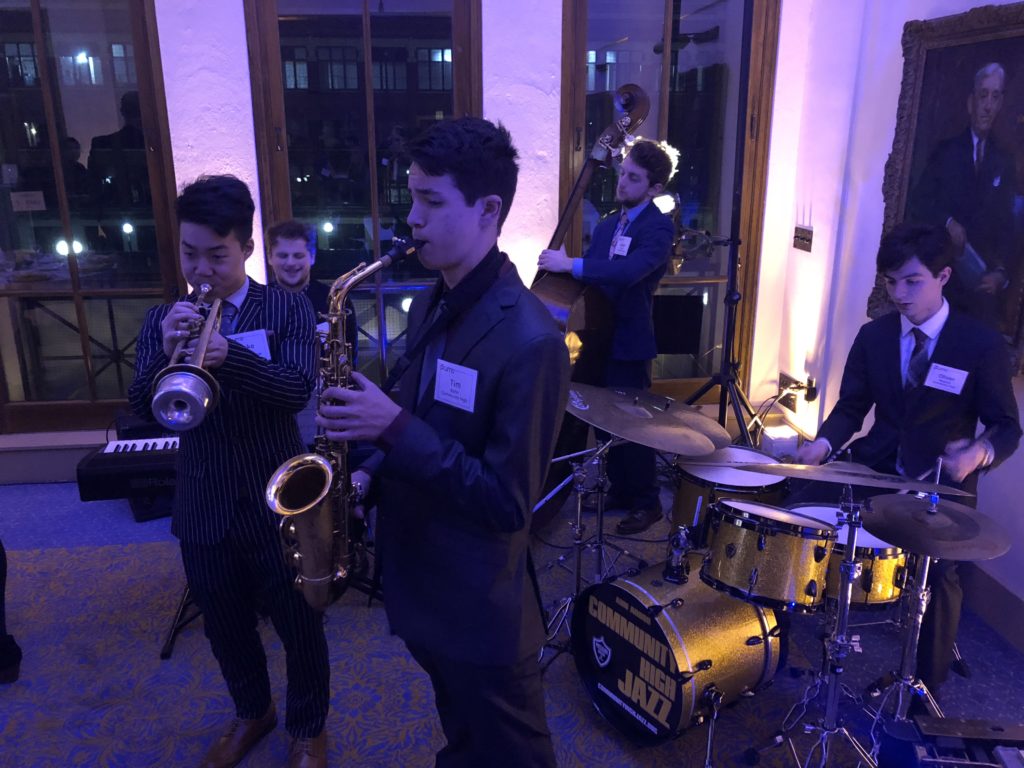 Wagner said the highlights of the night included: