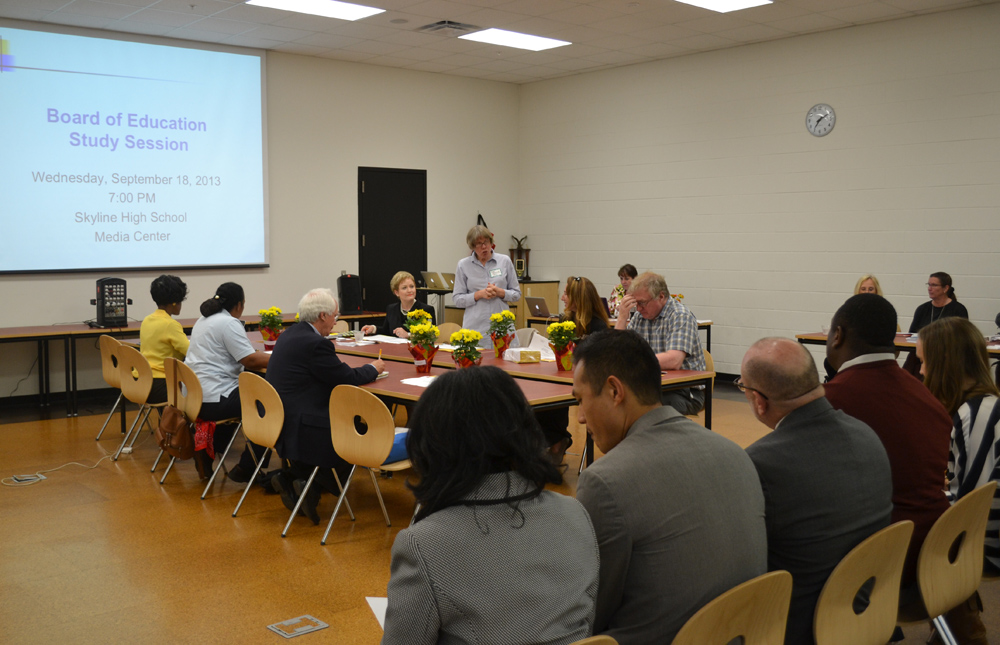 At the Board of Education study session Sept. 18, district officials shared some of the positive developments so far in the 2013-2014 school year: a successful Opening Day kickoff, new principals at six schools and the new superintendent’s upcoming community meetings at all buildings.

District officials also shared developments that are being analyzed and worked on: enrollment and class sizes, transportation issues, and the superintendent’s entry plan. Superintendent Dr. Jeanice Swift, Deputy Superintendent for Instruction Alesia Flye, Director of Student Accounting and Research Jane Landefeld and Communications Director Liz Margolis discussed these issues with the AAPS News ahead of the Wednesday night study session.

Enrollment and Class Sizes: What Do the Numbers Mean?

Imagine a large crowd –– say, 16,000 people –– filtering into a concert hall. They shuffle past one another to find their seats. Sometimes they switch seats for a better view.  Some will show up late. Some will leave early.

It would be a little tricky to pinpoint who sat exactly where, right?

It’s a similar situation for counting each and every student in the district, especially as the school year begins. This is why AAPS officials stress that current class sizes and enrollment numbers are preliminary.

Officials also stress the need to look at overall trends in student enrollment.

Preliminary numbers show that this year the district has 16,297 students enrolled in the district. The enrollment is 210 less than last year. That’s about a 1.2 percent decrease.

During the same four-year period, the district increased its kindergarten enrollment 4.5 percent while the state’s decreased 2.4 percent.

Another trend that is positive is the increase in school of choice applicants and enrollments. AAPS has seen applications and enrollees increase threefold during the past three years thanks to families choosing our schools. “School of Choice options are helping maintain our enrollment,” Landefeld said.

For the past nine years, AAPS has been able to count on enrolling between 28 and 32.5 percent of all children born in the county five years prior.

This year, total kindergarten enrollment decreased by 11 students; 142 left the district before starting first grade while 131 enrolled. Landefeld analyzed the reasons that those 142 students left the district and found that half moved out of the state or out of the country.

Landefeld also points out that a majority of the total 210 students who left the district, 145 of them, were lost at the secondary level (grades 6-12). One possible cause is increasing academic opportunities: this year 80 AAPS students enrolled in the WISD high school programs: the Early College Alliance, the Washtenaw International High School and the Widening Advancements for Youth.

“That number (80) will keep growing, and those are students who would have been in our buildings,” Landefeld said.

How have class sizes been affected?

A continual decrease in state funding has affected the district’s extracurricular offerings, amount of educational support staff (such as teaching assistants) and, to some extent, class sizes.

State funding for AAPS has been cut by $43 million over the past five years, including this current school year, said Nancy Hoover, the district’s director of finance. AAPS has had to reduce 34 teaching positions since last school year.

The district starts to review class sizes when numbers reach beyond 23 in kindergarten, 28 in grades 1 and 2, and 30 in grades 3-5. The elementary schools’ class sizes have changed this year in ways that are neither entirely positive or negative.

The secondary schools’ numbers in core classes are monitored. Core classes are English, math, science, social studies and world languages. Class sizes are reviewed by the district when numbers go beyond 33 in each class.

The high schools show class sizes of 33 students or less, on average, in 78 percent of all core classes between Community, Huron, Skyline and Pioneer.

District officials, including Superintendent Dr. Jeanice Swift, have been touring the schools and paying close attention to class sizes as they fluctuate early on in the school year.

Deputy Superintendent for Instruction Alesia Flye said that schools are continuing to add online learning options and distance learning labs, such as a new Chinese class at Pioneer, to accommodate student requests for low-enrolled classes.

Flye also said that the district is offering additional professional development opportunities for teachers who are providing instruction in split classes (with two grades) at the elementary level.

Flye stressed that student learning continues to be strengthened through strong community partnerships, such as the Mitchell-Scarlett Teaching Learning Collaborative with the University of Michigan and the World Language Partnership with U-M.

This is the second year the district has worked with AATA to provide student transportation to schools. AATA took on three more AAPS bus routes this fall.

“AATA is becoming a popular service for our students, especially our secondary students, to use,” said AAPS Communications Director Liz Margolis.

Dr. Swift and other administrators met with concerned parents in the Arbor Hills at Clague Middle School on Sept. 17 neighborhood to discuss student walk routes.

Green Road, a part of an Arbor Hills student’s walk route to Clague, has had many improvements for pedestrian travel during the past year, including three new pedestrian walkways with lights; one of the walkways includes an island.

After being informed of concerns, the district also added three bus stops: on Ford Road, the Maple and Wagner area, and PineLake housing.

Attendees of the meetings will be asked to consider four questions in small groups:

A full list of dates, times and locations is now  available on the district website. If you can’t make your own school’s scheduled forum, please feel free to attend any of the other scheduled events. 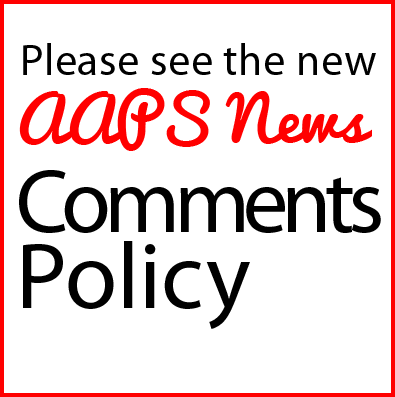 The grand opening of the Big Lots on Lohr Road Friday morning featured balloons, a ribbon-cutting ceremony, and a sizable donation to Lawton Elementary. “Before we open the doors, I’d like to take the opportunity […]

Applications being accepted for open school board seat

The Ann Arbor Board of Education is seeking applicants to fill a board position vacated April 12 with the resignation of longtime trustee Randy Friedman. The deadline for applications is 4 p.m. Friday, April 23. […]