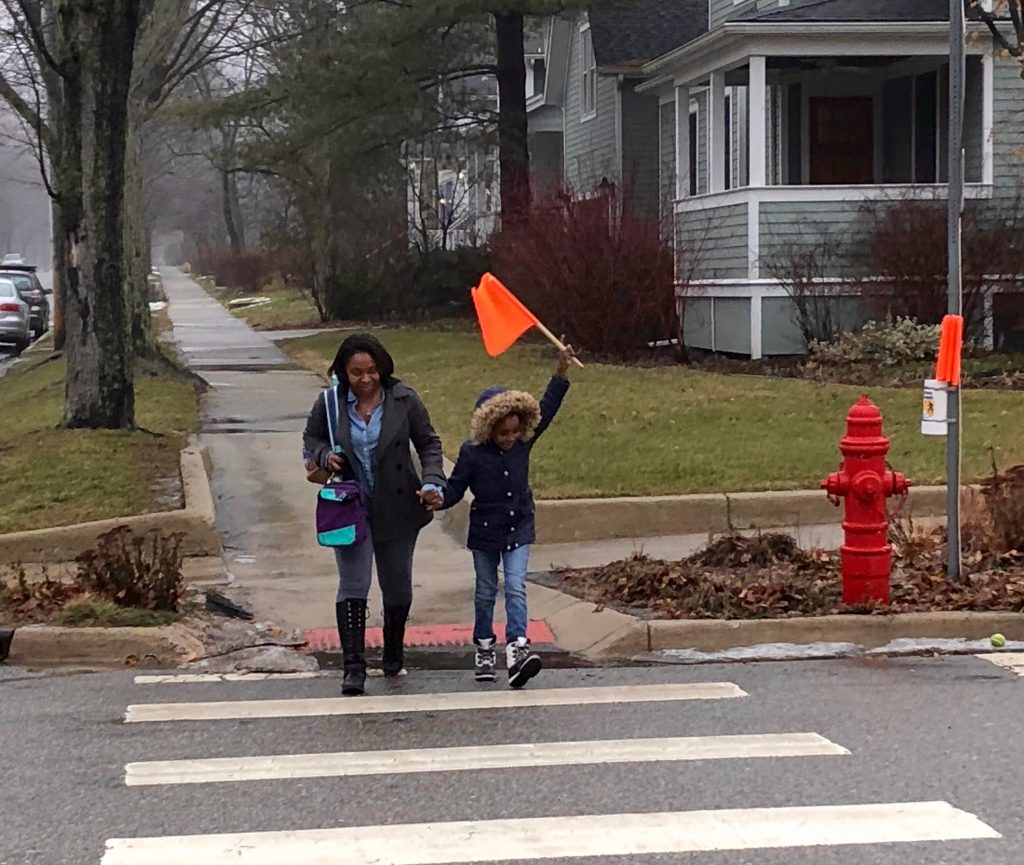 Burns Park Elementary students this week put into practice a simple new way to make crossing an intersection a bit safer. And it’s as simple as carrying a bright orange flag while crossing the street.

Burns Park parent Gabrielle Gillard was visiting her sister in California last year when she noticed students carrying bight orange flags in cross walks to alert drivers to their presence in the street. She later learned such programs are in place around the world.

“So we didn’t have to reinvent the wheel,” she says.

Gillard mentioned the idea to Burns Park Elementary Principal Chuck Hatt, who had expressed concern about the intersection of Wells and Lincoln near the school. He immediately liked the idea. One thing led to another, the PTO provided the $67 to purchase 10 flags and receptacles, and this week, the new street crossing plan took off. 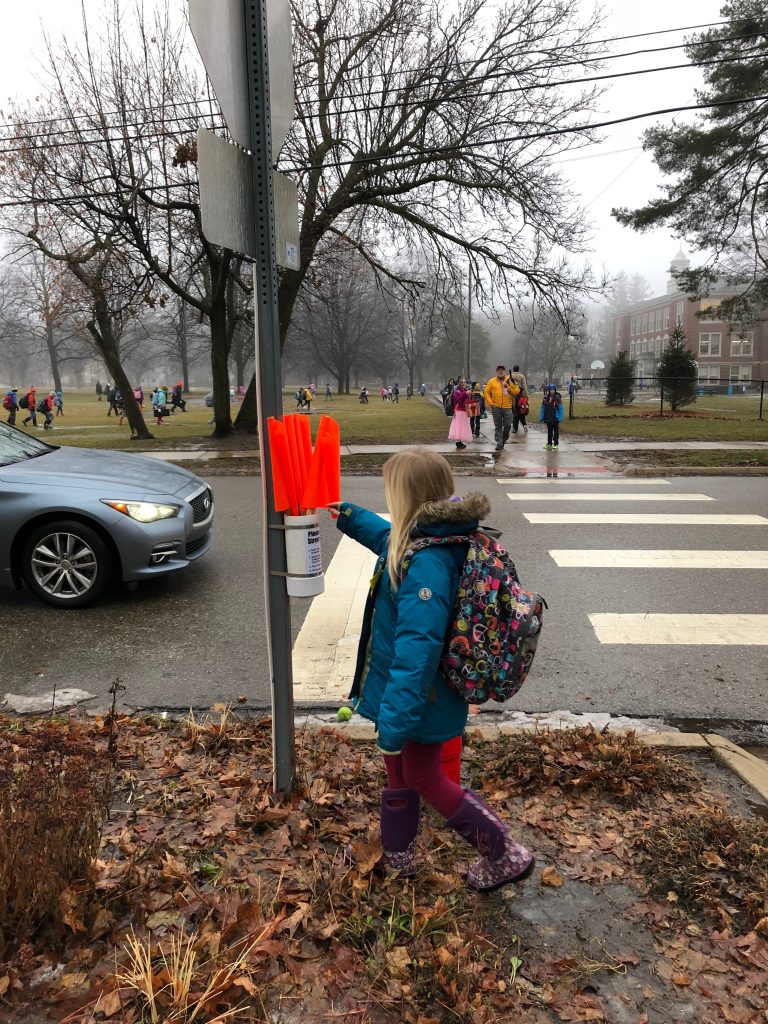 “I think it’s great!” says Gillard, who coincidentally was speaking via cell phone while crossing that very intersection, holding a flag with her fourth grade daughter at her side. “These flags draw your attention. Drivers can’t help but see it and slow down. It grabs your attention because they’re so highly visible.”

“Our crosswalk plan is an example of how our community works together to educate our children and keep them safe,” says Hatt, who credits Gillard for bringing the idea to the school. “We do our best thinking and our best work for children when everyone participates in care for our community.”

Assistant Principal Laura Wolf says the intersection of Wells and Lincoln is a busy one, with many pedestrians crossing here before and after school.

“It is also near where our buses drop off and many cars are in this area as well so it can be quite congested at critical times of the day,” she says.

In some cities, the program has been discontinued due to the flags being misused and stolen. The hope is that won’t be a big problem here.

Liz Margolis, the district’s executive director of student and school safety, says the district hopes to replicate this crossing protocol at other schools.

“In our commitment to student safety we are always looking for innovative ideas to assist both students, families and drivers at key crossing near our schools,” she says. “It’s great to see the school and neighborhood work together to ensure the safety of our students.”

She noted that some schools have identified areas for adult crossing guards hired by the city of Ann Arbor, with shared funding. Those areas have been identified as major crossing with a high safety risk. But not all crossings fit in this category.

All the Burns Park students were trained in their classrooms as to how to use the flags.

“To me, there is very little downside to it,” says Gillard. “We’ll see how it goes from here, but it’s looking good.”