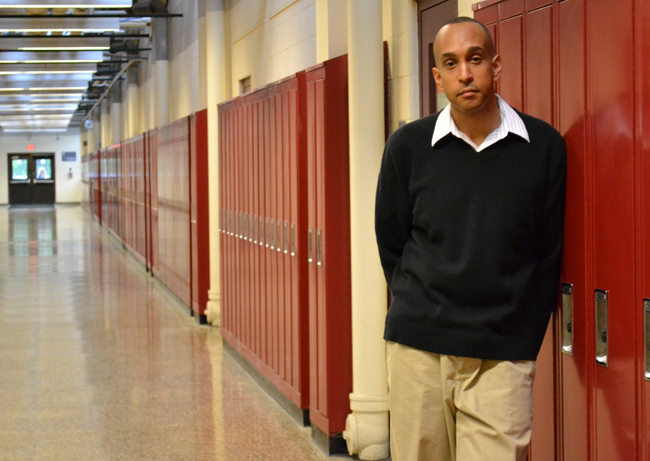 Due to a federal law, school districts must identify and assist students from homeless families. This law is called the McKinney-Vento Act, and part of its goal is to ensure homeless children have access to services so that they can fully participate in the education provided by the public schools.

The law also requires that districts designate the duty of identifying and assisting such students to a staff person. The Ann Arbor Public Schools, assisted by generous funding from the James A. and Faith Knight Foundation, employs Azibo Stevens as the district Homeless Liaison.

Stevens’ work is part detective, part mentor, part ally and part guide. Each school year, he works to identify homeless students and guide their families through the system of food and housing services available. He helps hundreds of students and their families each year.

Stevens sat down with the AAPS News over a series of interviews to talk about his work for the district.

Above video: a series of interviews about the AAPS Homeless Liaison position

Tell us about your job title: Homeless Liaison

We try not to use the word “homeless.” It’s stigmatizing and it also doesn’t accurately depict the circumstances of the families that we work with. Most people think of homeless as living in their car or under a bridge. But based on the federal description of being homeless, it can include people who are doubled up, who are in shelters, living in hotels or in the tent community that has been here for a while. Because the circumstances are kind of broad and it’s stigmatizing, I try not to use that word. I usually refer back to the McKinney-Vento act itself.

The traditional role and official responsibility of my job is to make sure that the district the liaison works for is compliant with the McKinney-Vento law – to have an understanding of the law and interpret it. Whenever a family comes into the district and they describe themselves as being in this situation, or if based on the evidence it looks like this family is in this situation, I determine whether or not this (law) would actually fit and this person would qualify for those rights.

How many students do you help/monitor/keep track of?

247 and counting. It grows during the school year.

Why does it increase?

I think because of the economy, and because we’re doing a better job of figuring it out and finding them.

This year we started an ally training model. We’re trying to train at least one person in each of the school buildings to identify the students and know how to support them. I think as that happens I’m getting more phone calls.

And as we continue to build more relationships in the community, other agencies are starting to refer back as well. The shelters are doing a better job in the last couple of years of immediately notifying us when they’re helping a family in the district with school age children.

How do you introduce yourself to the families you hope to help?

“Hi, my name is Azibo, and I work for the Ann Arbor Public Schools. I’ve become aware that you’re going through a transition right now, and I’m here to help you in any way that I can, in particular with the needs your students have in your new school. I also want to make sure you and your family feel settled in your community and in your situation. I’m just here to talk through things with you about what we can do together to stabilize your situation.”

Are people ever suspicious or wary of you at first?

I don’t know if I’ve had anyone be suspicious of me. It’s more like being uncertain about why I was calling them. Some families have a lot of shame about their situation.

They begin to think that something is wrong when they hear from me. They might say, “Why are you calling? We don’t need any more help.” Some do want to keep you at arm’s length.

But I don’t think it’s about suspicion. It’s more about trying to protect their privacy, not wanting me or the district to view them that way.

Mostly what I find myself doing is becoming more like a mentor to parents in a lot of ways. I try to work with the parents and help them put out fires in their lives.

Some are constantly being evicted. This week I spent a good amount of time working with one family who was living with relatives. There was an argument, so they had a week to leave. But other family they can stay with is far away.

So this family had to consider: would they rather commute to Ann Arbor or make another transition to the third school for the kids in the same school year?

Part of it is trying to get them to look at the bigger picture. What are the things that keep them in this cycle? 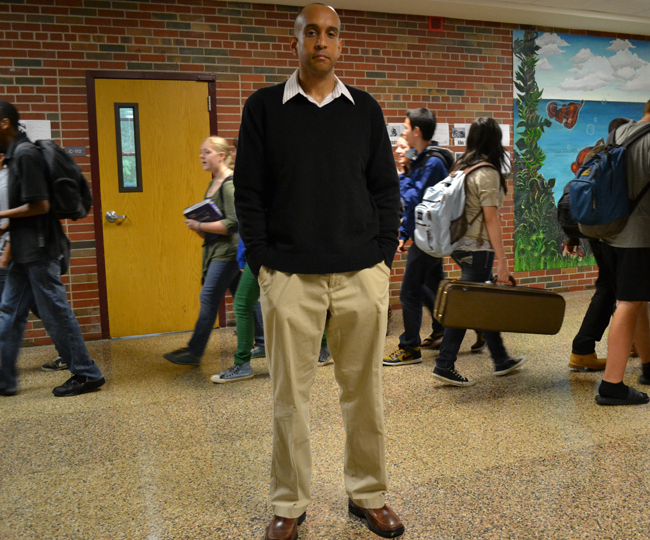 Why is working with the parents so important?

As we work with the families, we help get them stable, we help them work out their issues. We try to find people stable living situations, try to get them clothes – which is especially important in the wintertime – bring food to them and those kind of things, and that hopefully gives them a reprieve for a few moments for them to figure out other things. They can think, “I don’t have to worry about dinner tonight. Maybe I’ll spend a few moments with my child, figuring out what’s going on with them.”

If children come to school hungry, cold, or they just had a bad night because they were in the car all night because mom was fleeing from whatever, it really makes learning a nonessential.

I like that feeling you get when you talk to a parent, and they feel like it’s going to be all right.

The other day, I learned of a mother who was renting a house, paying rent, but the owner stopped paying the mortgage so he was pocketing the money and the house ended up entering foreclosure. She had to move. So she decided to come this way to Ann Arbor because her job is here. The school contacted me and asked me what to do.

I talked her through what to do, all the steps, and told her I could get her daughter into school tomorrow and that transportation would be worked out.

She was so happy, she just sobbed on the phone. It’s nice telling someone: “We don’t have all the answers right now, but we can start getting things in place for you. I will walk you through this, and you call me whenever.”

What is something that surprised you about this job?

I realize in terms of Washtenaw county, we actually are in the better end of things, but I was really surprised because I thought there would be more resources available to help people for crisis situations. There’s a good number of things out there, but there really isn’t a ton of stuff for what I think of as the bigger things.

Housing, even for short term stays, is very limited. Although there are lots of food pantries and things like that out there, sometimes the process can be very cumbersome to muddle through. There are a lot of hoops. Even if it’s just the problem of a place isn’t easy to get to from the bus line, or what they offer is difficult to bring back. There’s lots of challenges that way. There’s some food pantries who will only let you have food if you have been referred by another agency.

There are lots of tutoring programs out there around the county, but again, transportation is a big issue. People are always looking for tutors but if you can’t get them to the tutoring, that is a challenge.

How does your work differ from the district truancy officer, Derek Padget?

Families who have stable home lives – in that they have a consistent place to live and go – can have other issues, such as mental health problems, domestic violence or just not placing a high value on school. Those kids can miss lots of school. (Padget) works with families who, regardless of what their living situation is, their kids are missing lots of school.

There are several students on my caseload with many issues, but it doesn’t necessarily mean they miss school. Sometimes those two things do overlap, which causes us both to be brought in. Sometimes (Padget) will be brought to the picture earlier than I will, then to find out the reason they’re missing lots of school is because they have an unstable home life and they didn’t want to tell anybody.

His emphasis is that they’re missing school. Mine is living situation. But we help each other out. If he has a strong relationship with a family, or if I know he’s worked with a family and had some success in the past, I’ll for sure bring him in.

What are some goals, dreams or ideas you have for the future?

It’d be great if (Padget) and I could have a kind of “intervention department.” Some of these students will never find success unless you dig in deep with them. But it’s a balancing act to figure out how to dig in with someone while also being sure to help out in some way so many other people.

When a kid walks into a school, it’s like, my family becomes your family. Schools need to be proactive. School isn’t just what happens between 9 and 3:30. We could make a lot of people’s lives a lot easier.

A honey of a lesson: Students visit Raynor hives, enjoy a sweet harvest

WITH VIDEO: Retired Ann Arbor teacher Jane Levy still keeps her hand in it, educating students about honey bees both during the school year and at summer camp. Sweet. […]

Board approves Schools of Choice plan for in-county residents

Ann Arbor has adopted a limited Schools of Choice program for the 2010-11 school year for out-of-district Washtenaw County students to enroll in kindergarten, first grade and sixth grade. […]

Get 50% off at PTO Thrift Shop Labor Dale Sale

The PTO Thrift Shop, a nonprofit that benefits the Ann Arbor Public Schools, is having a super sale on Labor Day from 9 a.m. to 5 p.m. Ann Arbor’s 107one radio station will broadcast from […]