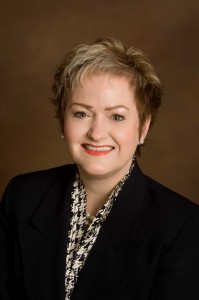 You may have heard that Ann Arbor Public Schools is currently inviting students from beyond our school district boundaries to consider enrolling in our quality AAPS schools. Because the Schools of Choice topic can sometimes be misunderstood, we hope to share some helpful information.

Recently, the AAPS Board of Education approved the opening of 750 Schools of Choice seats for the 2014-2015 year in schools and at grade levels across the district where openings currently exist. If choice seats become fully enrolled for this next year, the district could have up to 1 in 20 students who choose AAPS schools from beyond district attendance boundaries.

While we may have heard of Schools of Choice and know of the Board’s recent action, we may not be aware of the history of choice in Michigan, what it means to open our doors in Ann Arbor a little wider to students, and what potential benefits, impacts and outcomes exist for AAPS with this expanded Schools of Choice approach.

Background: Schools of Choice in Michigan

The Schools of Choice option in Michigan, established in 1996, was designed to achieve precisely what the label suggests: to provide students and families more choice in selecting a public school to attend.

Nearly 100,000 of the 1.4 million Michigan public school students currently use the Schools of Choice mechanism to attend a school outside of the district in which they live. An estimated seven percent of Michigan public schools students are choice students, and most Schools of Choice students choose to move from urban area school districts to more suburban ones. According to a report, The Public Schools Market In Michigan: An Analysis of Schools of Choice, by the Mackinac Center for Public Policy, overall choice enrollment in the state has increased 144 percent over the previous decade.

In short, Schools of Choice has become a tidal wave in Michigan public schooling, including participation by the majority of school districts in Washtenaw County. While AAPS has long had students exit to surrounding districts, until this year, it has not opened as many seats to leverage this choice option into the district.

Quality AAPS schools forms an integral part of the Ann Arbor ‘brand.’ In an October 11, 2013 MLive article, Sue Smith, Director of Economic Development Partnership of Hillsdale County, echoes a common sentiment, “… if you see ‘Ann Arbor’ anywhere in the country — or even the world — people relate it to the football team, the hospital, the university. The recognition is there. It’s a marketed name that people understand, and it’s a good team to be on.” The Ann Arbor Public Schools completes the Ann Arbor package and defines Ann Arbor as an opportune place to come for work as well as for a quality K-12 education.

According to the 2013 U.S. Census, 50,000 people travel to Ann Arbor to work every day. By offering Schools of Choice, AAPS helps to complete a destination package to attract professionals to our city, the economic hub of the region. In offering expanded choice seats, AAPS fills a need for employers in our city who wish to attract prospective employees and also serves parents with the option to enroll their children in quality, nationally-recognized schools nearer their workplace.

Ann Arbor parents may wonder if one risk of designating choice seats in AAPS is that class sizes may expand. In reality, Schools of Choice seats have been targeted at grade levels and schools where open seats currently exist. In-district transfer processes were conducted prior to the opening of the Choice enrollment window this month, and remaining open seats in schools were then designated to Schools of Choice. Once the Schools of Choice window closes on April 1, appropriate staffing of classrooms and schools will be completed based on enrollment numbers that include our choice students. Classrooms will be fully staffed based on the number of students enrolled, and class sizes will not be negatively impacted by Schools of Choice enrollment.

The prospect of significant revenue generated by additional Schools of Choice students is a clear benefit of this move to expand AAPS enrollment overall. Following years of difficult reductions in AAPS, a strategic move to both implement innovative programs and to invite more students in to AAPS provides one positive pathway to address some of the district’s challenging fiscal issues.

Next school year, Ann Arbor Public Schools will open a K-8 STEAM school at the Northside location, a Pathways to Success high school campus at the Stone School location, and the A2 Virtual+ Academy among the wide variety of school options.

It is truly a great day in Ann Arbor Public Schools as we share the exceptional AAPS programming with more students from around our area. Thank you for accompanying us as we move forward on this exciting journey to broaden and share the excellence for which Ann Arbor is already known.

All comments will be approved and moderated.