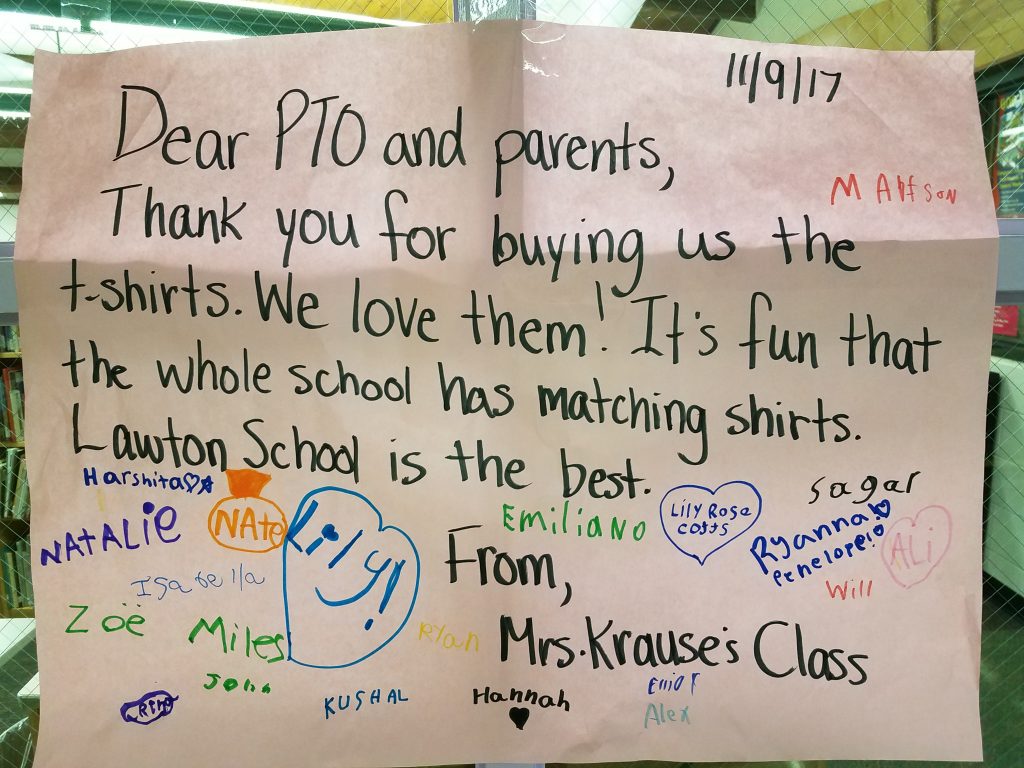 On the last day of school in June, a Lawton Elementary student turned to Principal Shannon Blick and said: “Kids like me don’t get yearbooks.”

“We don’t have money for that kind of stuff,” said the girl.

At that moment, Blick was newly determined to level the playing field.

Newly elected PTO co-presidents Lindsay Bliven and Monica Davis were also concerned about what more they could all do to make sure every student felt like a Lawton Leopard rather than someone whose family had less.

Bliven said that one of the most significant characteristics of Lawton is the feeling of community that is created by all of the Lawton families.

“When we became the PTO co-presidents this school year, we wanted to build on this feeling with the foundation that every student matters, every family matters and every voice matters,” said Bliven. “Therefore, it was essential to us, our PTO Board, our principals and the entire teaching staff that we take on initiatives that would help all students feel as involved and equally as important to our school as the other students in their class.” 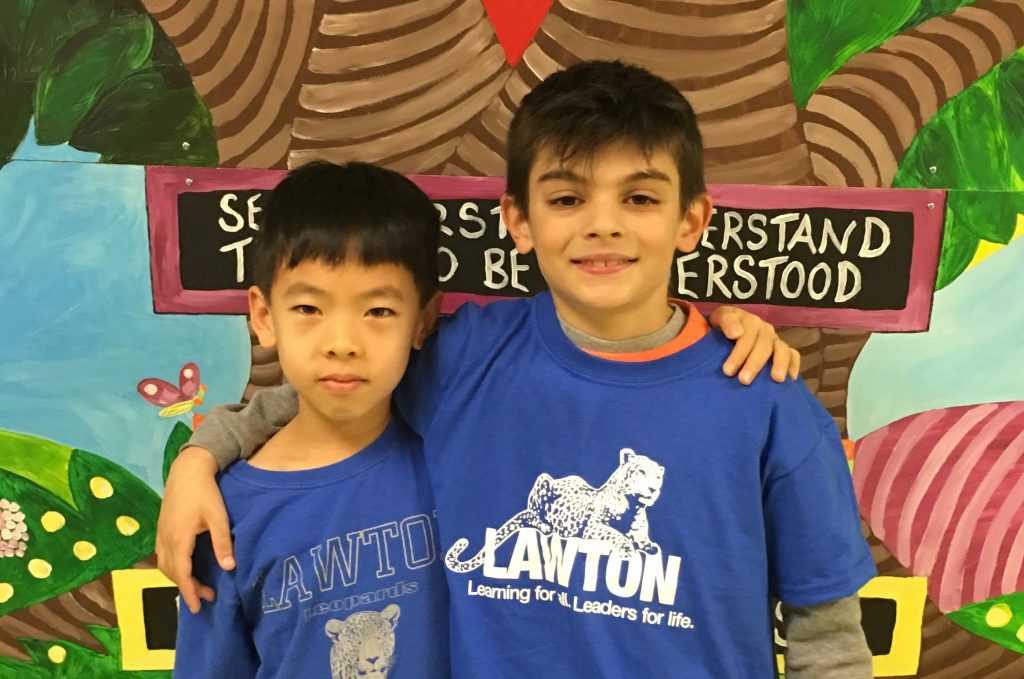 Davis explained that the first PTO project was to provide a free Lawton t-shirt to each student, so all of the students can participate in Spirit Fridays.

Blick said the administration had tried previously through grants to supply all shirts, but hadn’t reached everyone.

About 40 of the school’s 500 students receive free or reduced lunches—which is one of the lowest percentages in the district. Now those students will not feel left out of anything offered to every other Lawton Leopard, Blick said.

The PTO is also planning to hold monthly community building events free to students and families.

A few anonymous donors offered the chance for students with fewer resources the opportunity to select a new book of their choice at the Scholastic Book Fair, as well as to receive a yearbook at the end of the year—both free of charge.

Blick said that while she loves the book fair, it never did sit right with her.

“The books are beautiful. They’re new and shiny and smell good. The fair is just gorgeous. But it’s hard for some of our kids even in the preview shopping when they realize they’re not going to get a book.”

She said it was heart-warming to watch the students this year picking out their free books.

“Two little girls were almost in tears and said, `I never thought I’d be able to go shopping at a book fair!’” she recalled. “My point to the kiddos is simply that, `We will take care of anything you need at school.’

In early October, an anonymous donor made sure all kids who needed them received a shirt to wear to the 2017 Lawton Runathon to benefit the John Crosby Memorial Foundation and the Lawton PTO.

“We had such a diverse population show up and I can only attribute it to the fact that these kiddos were given a shirt to wear to that event,” said Blick. “They all wanted to come and support their school and show their pride.”

Events such as our community building monthly experiences wouldn’t be possible without the generosity of Lawton families and local businesses that include Tippins Market, Cottage Inn, and Panera Bread, Bliven and Davis said.

“The momentum at Lawton is amazing and continues to move forward our PTO vision as we are constantly developing new ideas,” said Davis.

Added Bliven: “We consider ourselves incredibly lucky to not only be a part of this wonderful initiative, but also a generous village made up of families that believe in the power of unity.”