Story and photos by Andrew Cluley, Video by Jo Mathis

Huron High School celebrated the graduation of the class of 2019 with the school’s 51st Commencement Ceremony last night. The class of 2019 included 398 graduates, with 91 earning scholar awards for a cumulative grade point average of 3.90 or higher. This is also the inaugural class of International Baccalaureate graduates from Huron, with 58 full IB Diploma candidates.

In his Commencement Address, English Department Chair Sean Eldon offered three pieces of advice based on the movies “The Graduate,” “Crazy Rich Asians,” and the Beatles song In My Life. He shared with the class of 2019 that they don’t have to follow the advice of others, as highlighted in “The Graduate.” “From Crazy Rich Asians” he advised that the grads could learn that they shouldn’t let current passions keep them from exploring new things. From the Beatles, his hope was for the class of 2019 to learn not to let nostalgia serve as a dead end. 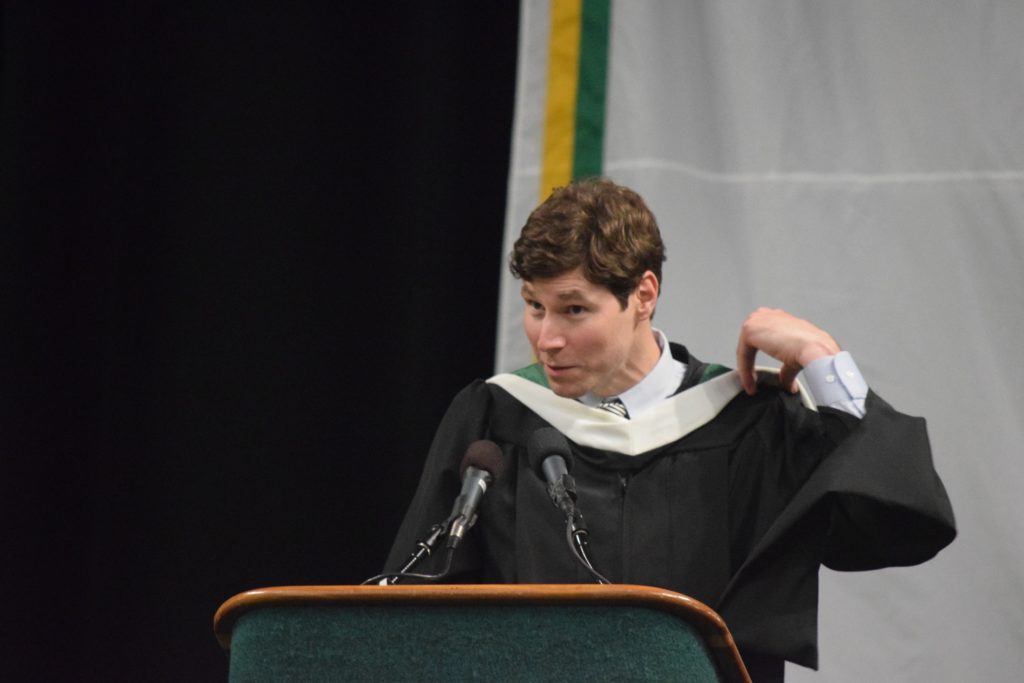 Overall, Eldon called on the graduates to not take advice too seriously. “Don’t let anyone else tell you what is best or most important,” Eldon said. “Think about the advice you receive and make it your own. Who you are today may, or may not, be who you become tomorrow, and today’s portrait of you is just a snapshot of who you are in this moment.”

Principal Janet Schwamb said at Huron they ask students to think creatively, act with kindness, respect others, solve problems and strive for their academic and personal best. She believes this has prepared the class of 2019 to go onto the next part of their lives. ”I’m confident that Huron’s graduating class of 2019 is ready to leave their branches, to fly, to make a difference in the community, the state, the country and the world,” she said.

In giving the class message Ricardo Mojica shared how the class came together during the difficult 2016-17 school year when grieving the deaths of classmates. Mojica admitted to having some fears about graduation meaning the end of the structured life students had at Huron. However, he said the inevitable failures and losses they will experience will be ok as long as they keep working hard and striving for goals. “Dreams without goals are just dreams,” Mojica said. “They are often the fuel to disappointment. Have a daily goal, a weekly goal, a yearly goal, but don’t be afraid to try.”

In recognition of the inaugural International Baccalaureate class, IB’s Head of Regional Development Americas Paul Campbell also addressed the graduates. Campbell highlighted that the diversity of students at Huron has created a legacy for the school and its grads. He urged the graduates to keep using a foreign language if they learned one in school, to seek out people that are different then them, and to continue a commitment to service to others.

Superintendent Jeanice Swift reminded the graduates that they were born at the dawn of a new century and have grown up through the explosion of social media. “Members of this historic inaugural International Baccalaureate graduating class at Huron High School, coming of age in June 2019, you are special,” Swift said. “You were born into and are accustomed to big historic moments. Clearly River Rats, big moments are how you roll.” 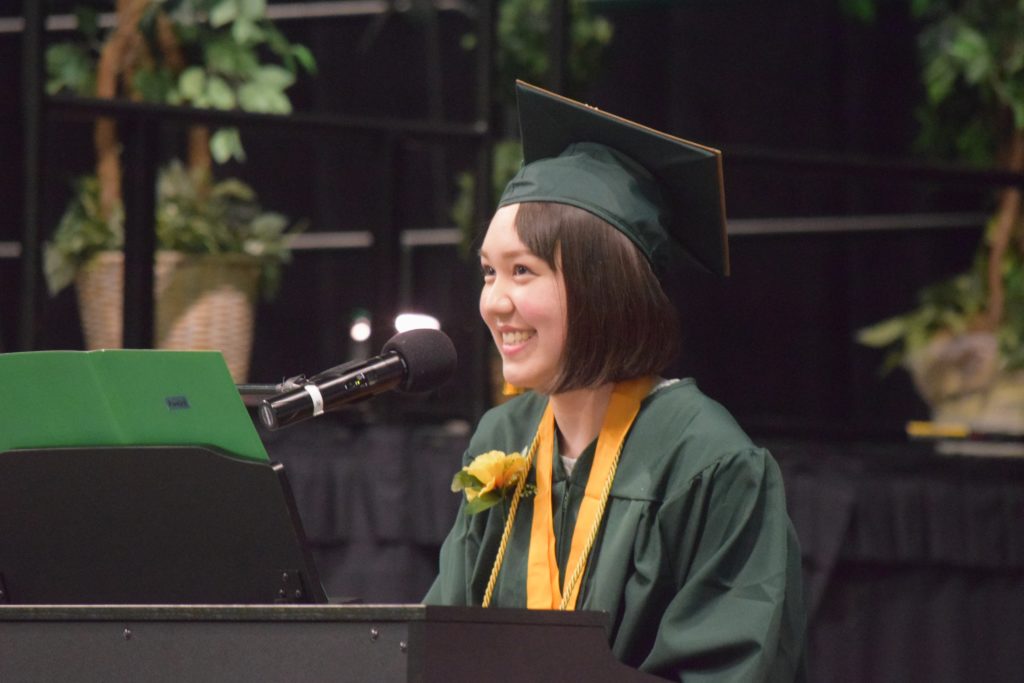