But in the last five years, he’s not been able to plan as many nights in the spotlight as he would have liked.

His wife, Deb, who was diagnosed with cancer in 2009, has been through four bouts of lymphoma, subsequent rounds of chemotherapy, a bone marrow transplant, and about 20 near-death situations resulting from virtually everything that could go wrong going wrong.

When anyone starts to congratulate Horn for being a tireless caregiver, Horn won’t hear of it.

“Deb helps me get through it, she’s so strong,” says Horn, sitting in the kitchen of the couple’s Ypsilanti Township home. “She’s the most positive person I have ever known. With all she’s been through, she remains sanguine and non-complaining.”

Steroid-induced osteoporosis caused her to break vertebrates one by one. Once 5-foot-8, Deb Horn is now 4-11.

Even that, she takes in stride.

“It’s different down here,” she says with a smile, sitting in her new electric scooter, which she considers a “god-send.”

Horn, a native of Ionia, majored in music at Western Michigan University, and wanted to perform for a living.

Before he began teaching, Horn spent an estimated 1,800 nights playing his saxophone on 13 different cruise ships over about a 15-year period. Horn says he may one day write about the “assorted buffoonery and highjinks” that happened on the ship.

Meanwhile, he has no regrets about accepting a job as a music teacher with AAPS 23 years ago.

Horn, who is 60, now teaches fifth grade band at Haisley, Wines, Pittsfield, and Carpenter, and seventh grade with Cary Kocher at Forsythe.

Kocher says that when it comes to Horn’s wife or his dog, his friends or the students, Horn is an old softie who puts others ahead of himself.

“Doug is unexpectedly–given his stage persona and his mature sense of humor–a kid-whisperer,” says Kocher, who plays the vibraphone in The Doug Horn Trio.  “He knows how to make the kids feel good about trying, about working on their own, about putting themselves out there.  And he can still be a taskmaster, but then drop in one of his sound effects or jokes to break it up.  The kids work hard for him because they know when he’s pleased he’ll get silly and crack them up, or will show them something cool like the Pink Panther.  And he will take any kid’s instrument home overnight and fix it rather than let them send it away to the shop for a week.”

Having such a good friend as a teaching colleague, Kocher says, is terrific.

Horn particularly likes teaching fifth grade because he can help them play a dozen songs in about four months.

“I get them started, and 70 to 80 percent continue all throughout high school, some even longer,” he says. “It really is a great job when you think about it.”

Some of the students who are considered learning disabled take off like crazy when they discover the satisfaction of learning an instrument, Horn says.

“It takes about 10 hours of learning an instrument before you really have some control over it,” he says. “Kids who give up before those 10 hours are under their fingers will straggle til they start getting it.”

Horn first met his wife in the 70’s when she was a bartender in a Grand Rapids jazz bar where he was performing. They met again in 1992, began dating, and married in 1999.

“You don’t always realize what those vows mean,” says Deb, 64. “When I worked in health care (at the University of Michigan), I ran into a number of people whose marriages fell apart when one of them got sick, and the other couldn’t cope.”

“People try not to complain about their problems to me, and they’ll say, `This is nothing like what you’ve gone through.’ And I say, `Yes, it is. It’s your reality. And it’s hard for you to cope. It’s just as hard for you to do that as what I have to do.’ I say, ‘Please! I’d like to hear about somebody else’s problem.’”

Horn acknowledges that being her caregiver is in itself a full time job, and in fact, he went on family leave for several months to care for her. There was a year he didn’t leave her alone for more than 30 minutes because she needed help with everything, especially after surgeons removed her hip.

He says he’s grateful to be part of the AAPS family.

“I have kids all the time who ask me how my wife’s doing, which is really sweet,” he says. “And I tell them, too, because they need to know. “

They’re also grateful that Deb has excellent health insurance through U-M because they estimate the bills by now would be up in the millions. They say Walgreen’s billed the insurance company for $84,000 worth of pills last year, and the Horns paid just $3,200 of that.

Though he realizes they can’t be more than two hours from U-M for the rest of Deb’s life, Horn looks forward to retirement in two years, when he’ll be free to care for his wife fulltime.

Last year, that number was down to about 80.

“I had some blood drawn two days ago and all my numbers look good,” he said. “And her numbers look good, too. We’re on the upswing. If we can stay there and make it through these next two years so I can truly be retired. Because it’s hard to do both.”

“Sheer desperate willpower must have driven us to fight and endure these last years,” he says, “but things are finally looking up.” 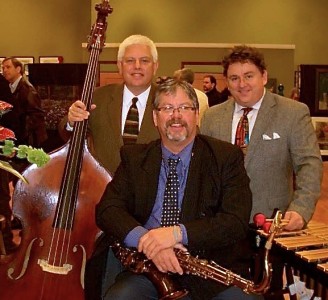