In Choose Your Own Adventure books some form of disaster always occurs at the beginning of the story. The reader then has to pick the best path to move past obstacles toward a better future. That’s exactly what happened for the Allen Elementary community when a pipe burst and flooded the school one year ago today. Allen Elementary had already made their theme for the year Choose Your Own Adventure and with help from the entire Ann Arbor Public Schools community it was time to move toward a better future.

Even before Allen Elementary had stabilized enough to allow workers into the building to determine the full extent of the damage, AAPS officials were looking for an alternative home to keep the school together for the year. Fortunately an agreement was reached with Ypsilanti Community Schools to lease the vacant West Middle School, just a few miles down the road from Allen. Long work hours however were required to get the facility cleaned, equipment installed, and supplies ready for the first day of school.

As Allen students were experiencing their adventure the first few months in their temporary home, plans were taking shape for renovating and improving their damaged school. By early November the Board of Education approved plans to have students back home after an extended spring break. The bulk of the repair work was covered by insurance, but the board approved spending close to one million dollars to move the water main and make upgrades such as new flooring, ceiling tile, lighting, paint, and redesigns of the office and media center.

Work progressed throughout the winter months and on April 12th, 236 days after the flood originally occurred Allen students got to experience a second, “First Day of School” for the year, as they returned home. In addition to the bright new paint and redesigns, students had new classroom furniture. The new furniture was purchased through funds raised by the 2015 Bond and helped speed the transition back into the building with students only having an extra two days tacked on before and after their spring break. 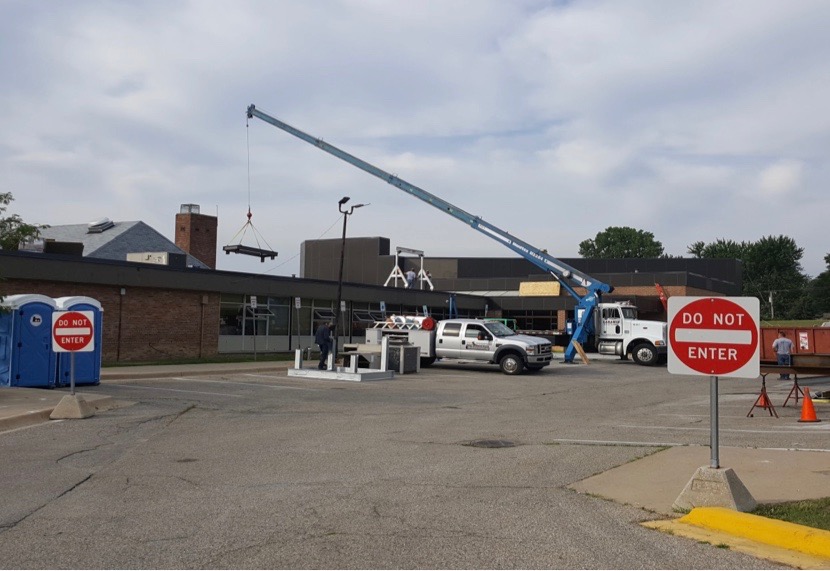 As the school year wrapped up, and fifth graders celebrated their last days at Allen Elementary, staff was already gearing up for more work in their building. The renovation plan approved by the Board of Education called for the installation of air conditioning, additional lighting, and some other improvements to take place over the summer. As teachers left the building on the last day of school, preparation for the summer renovations was already underway. Now 365 days after the flood occurred, work is wrapping up in the next week to have a fully renovated Allen Elementary with air conditioning ready for the 2017-18 year.