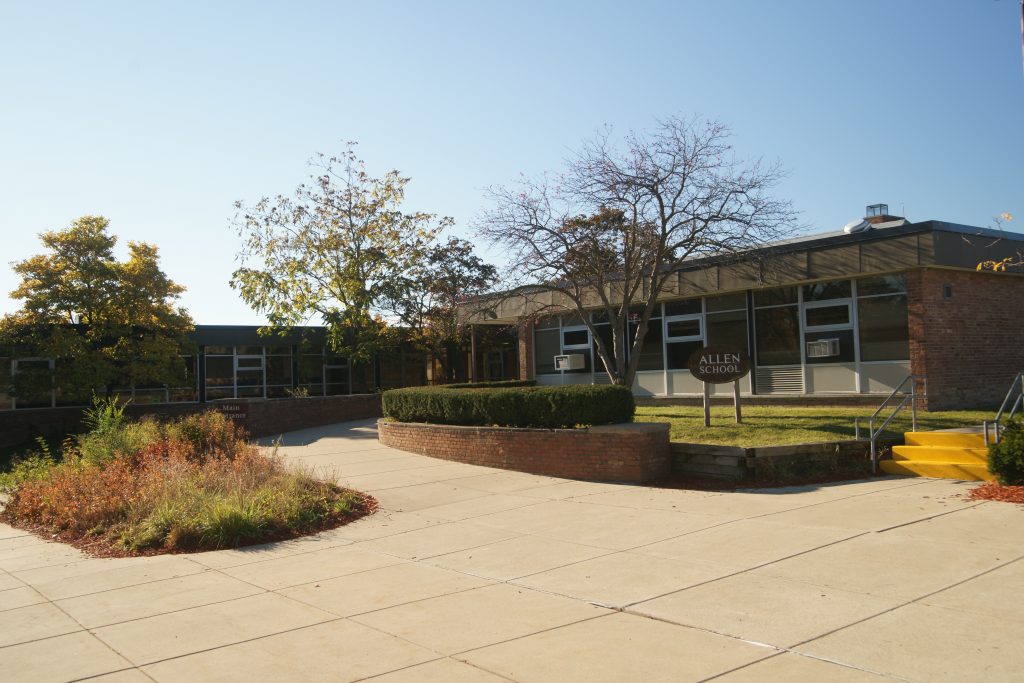 The Allen Elementary community is expected to return home to a repaired and enhanced school after spring break. The School Board last night gave approval to moving forward with enhancements as well as repairs to the school that suffered significant flood damage just days before the school year was set to start. The board also received an update on what investigations into the flooding caused by a broken water main under the school have uncovered so far.

The bulk of the repair work is covered by insurance, however the district will be responsible for the approximate $100,000 cost of moving the water main out from under the building. In addition to the necessary repairs, the board has approved making some other upgrades such as new flooring, ceiling tile, lighting, paint, and redesigns of the office and media center for about $875,000.

School Board Vice President Christine Stead says it makes sense to look at many of these items while the school is off line already. “Both the obligations that we have to restore that building to full service, but the opportunities that we might consider as well to make that just a little bit better if we can,” Stead says. “Some of this marries up nicely with some of the commitments that we have anyway.”

By the time students return to Allen, classroom furniture is another area that will be upgraded. To help speed the move-in process, about $250,000 from the 2015 Bond Fund will be used to purchase new classroom furniture. The plan is to have Allen Elementary start Spring Break two days early to give teachers time to pack up their temporary classrooms at Ypsilanti’s West Middle School. The break will then be extended for an additional two days to give time for classrooms to be readied.

The board also approved installing some form of air conditioning throughout the building, although this work won’t be completed until the start of the next school year. Architects with Mitchell and Mouat say whatever air conditioning system is used at Allen could serve as a model for adding air to buildings across the district. It’s estimated the air conditioning will cost between one and two million dollars.

While bringing home the Allen community is a top priority, Mitchell and Mouat and a host of engineering firms have also been focused on what caused the problem in the first place, and if it’s a concern at other schools. Importantly, architect Kevin Stansbury says the building appears to be sound, without damage to a load-bearing wall. “The building would be talking to us at this point if it was structurally unsound,” Stansbury says.   “We see no signs of structural cracking or movement in the building at all.”

Stansbury says the leak in the water main appears to be at the site of a former fire hydrant that was removed when an addition was placed on the building in 1990. He says after reviewing other buildings in the district he doesn’t expect anything like what happened at Allen occurring elsewhere, although water lines entering seven other schools don’t match current standards. “There are ways to deal with what is unusual about those buildings, but it’s not an Allen,” He says. “It’s not buried under floor, it’s not a six inch pipe, it didn’t ever have a hydrant that might have had a fitting replaced.”

While this type of damage to a school is unusual, School Board member Donna Lasinski believes it serves as a reminder about the importance of the work the school board has done to be in a stable financial position. “This is the kind of thing that could wipe a district out,” she says. “That could definitely put it under financial management and the next thing you know you’re being put under and taken over as a charter district.”

Trustee Simone Lightfoot agrees that the board’s efforts to be financially sound has helped in dealing with the challenges around the Allen flooding problem. “Whatever number we pick we can write the check and that’s a blessing from the folk in our district and the stewardship that we’ve shown over the resources that we have, and so I do appreciate that,” Lightfoot says. “While I’m not quick to spend it I am appreciative that we have it.”