The award-winning documentary American Promise, which debuted at the Sundance Film Festival this year, won’t be released to the public until it debuts on PBS later this year. But Ann Arbor Public Schools teachers had the opportunity to see it at the district’s annual Opening Day celebration on Aug. 27.

The film follows the K-12 experience of two African American boys who enter a prestigious private school in Manhattan; later their paths diverge as one attends a public high school. “It really highlights the struggles the boys face around identity, assimilation, systems and achievement,” said Clague’s new Principal Ché Carter, who is also a member of the AAPS Equity Leadership Team.

Carter worked with University of Michigan professor Dr. Carla O’Connor to secure the viewing for AAPS teachers on Opening Day. “There is something systemically happening with African American boys that is unique,” Carter said. He saw the movie at a U-M School of Education screening earlier this year. “Even other traditionally disadvantaged groups, such as ESL students or special education students, have more success in our school systems than African American boys.”

Carter also points out that graduation rates for African American males are typically lower than other minorities. “They’re going out into a world that’s requiring them to be proficient in science, technology, engineering and mathematics,” he said, “but their graduation rates are abysmal.”

In 2009-2010, the national graduation rate for African American males was just 52 percent, a full 26 percentage points behind non-Latino white males, according to a report published last year by the Schott Foundation for Public Education.
“I think it’s important for this film to be shown now because it gives every teacher an opportunity to see the struggles that African American boys are facing in school systems not just in Ann Arbor but across the country,” Carter said. “It’s not something that’s unique to us here.” 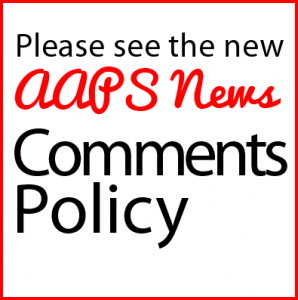 American Promise, which won the US Documentary Special Jury Award at this year’s Sundance Film Festival, is a co-production of Rada Film Group, ITVS and POV’s Diverse Voices Project. ITVS and the Diverse Voices Project receive funding from the Corporation for Public Broadcasting. The film is part of American Graduate: Let’s Make It Happen, a national public media initiative made possible by CPB to identify and implement solutions to the dropout crisis and help parents and teachers keep students on the path to a successful future.

More on the AAPS News:

By Tara Cavanaugh The district presented positive news at Wednesday’s Board of Education meeting with the 2012-2013 Student Achievement Report. The comprehensive report shows the district continues to make progress in addressing the achievement gap. […]

Aug. 27 was the AAPS Superintendent’s first official work day, and as all eyes were on her, she promoted a message of togetherness, confidence, unity and excellence. […]