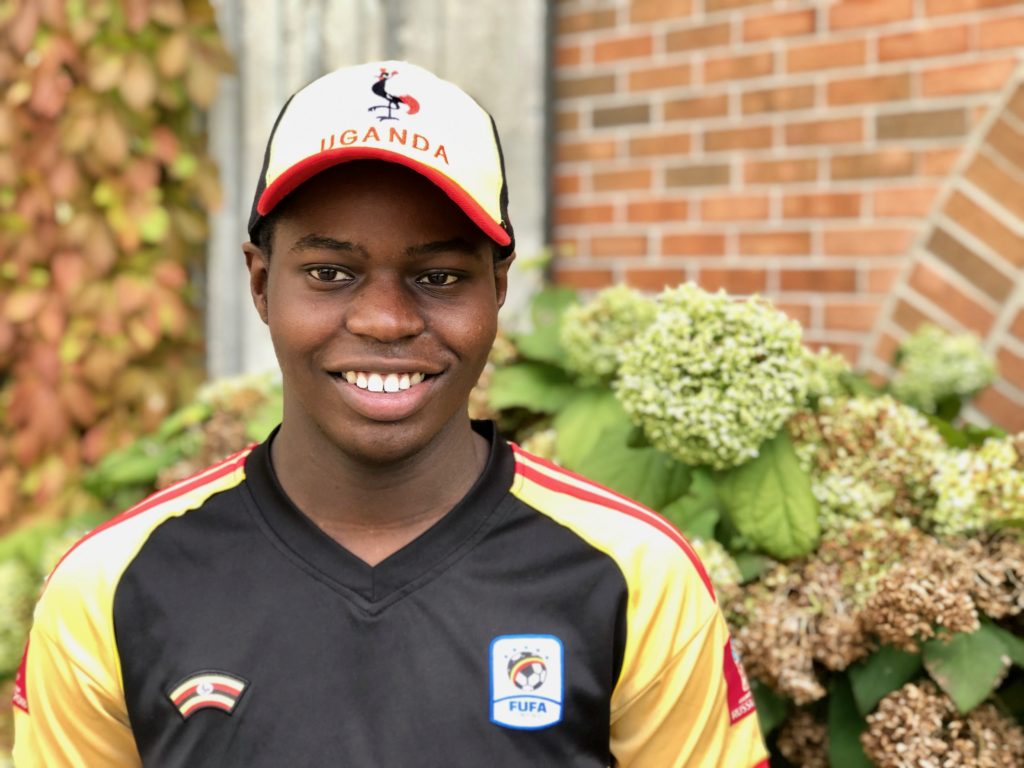 Editor’s note: Five AAPS high school seniors were recently named “Young Men of Promise” by the Delta Psi Omega chapter of the Alpha Kappa Alpha sorority.
The students were recognized during the chapter’s annual Celebration of Black Men Brunch which honors local African American men who have given back to the community through service in the arts, business/economics, community service, education, health and as a trailblazer.
The goal of the Celebration of Black Men is to applaud these unsung heroes who have made a significant and/or unique contribution to our black community, explained Delta Psi Omega member Patricia Manley, an AAPS School Board trustee, who oversees the Young Men of Promise program.

Abdul Kizito came to Huron from Uganda two weeks before school began his freshman year. He successfully integrated himself into the fabric of Huron and is clearly recognized by students and staff alike as a gifted leader and invaluable resource, says his counselor, Rashonda Jamerson.

During his freshman year, Abdul gave a TED Talk in which he illustrated the differences between Ugandan and American life.  He is a member of Huron’s winning debate team and supports special education classrooms by visiting them and giving motivational talks to students.

Jamerson says Abdul is a superb orator, noting: “He has had the opportunity to represent Rising Scholars, the Black Student Union, the NAACP, the Optimist Club, Washtenaw Community College, and Ann Arbor Public Schools through speaking engagements.  As president of Interact, he has served over 200 volunteer hours.”

Jamerson says Abdul also leads academically. He has taken accelerated classes in physics and French; AP classes in social studies; is currently a Diploma Programme student in Huron’s first DP cohort, and has earned an impressive GPA in a very rigorous curriculum.

Family: I was raised by a single mom called Sauda Nabukenya who brought me and my sister, Mariam Nassuna, here to the United States with her as she pursues her Ph.D. 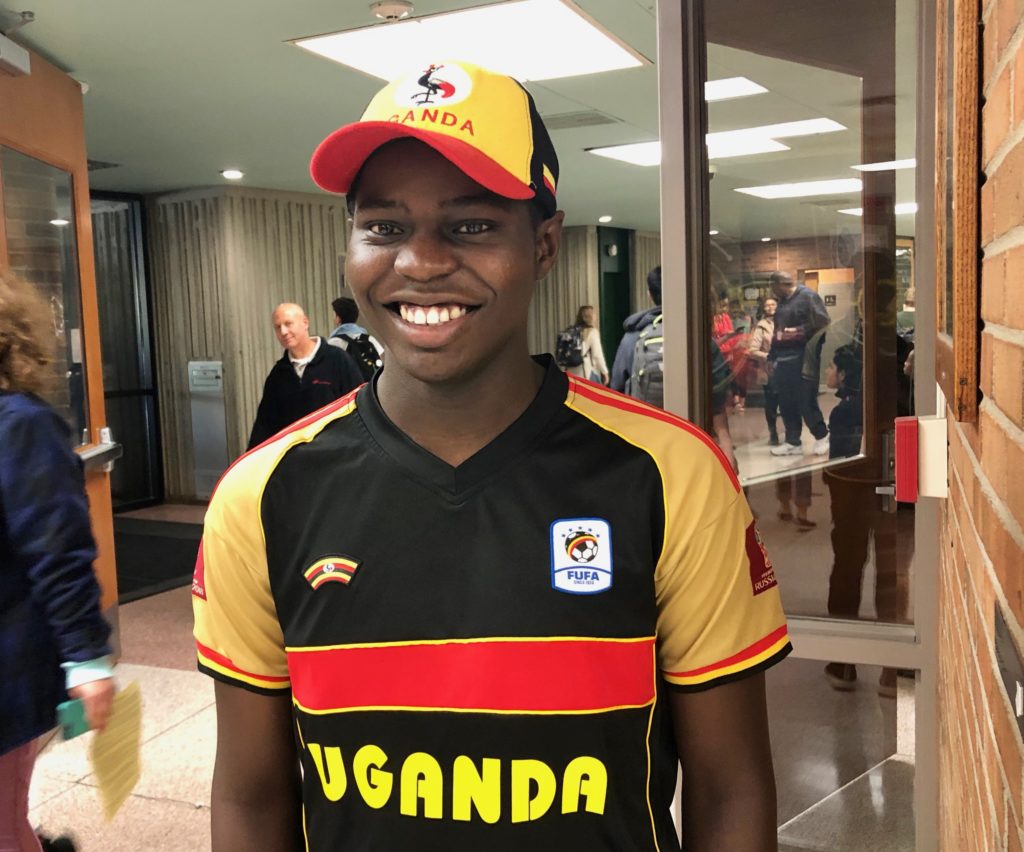 Which elementary, middle, and high school teachers have made the biggest difference in your life?  Dr.Denise Eaddy-Richardson, my former counselor, is the most influential teacher I have ever had. She taught the Leadership and Development (Rising Scholars) Class. She helped me put my academic life on track after coming from a whole different country, Uganda. She gave me the confidence and taught me about things in American society and gave me some of the most uplifting advice I have ever received. She has played a big part in where I am today.
If you had a 10-year-old brother, what advice would you give him?   Everyone has there own formula for how they have got to where they are and that has created for them a bias to believe that in some ways either the paths they took or the people the paths the people they admire took are the best tracks but you should always remember that your life is your journey. You are making and living your life.  If you want to be happy, do what you love and do it with love. If you want to make everything you do count, put in your best effort. If you want to get better, go the extra mile.  If you want to win, never give up.
What were you doing in your last selfie?  I don’t often take selfies so it was a really long time ago, but I was with friends at a camp, last summer.
Do you think teens today have it tougher than their parents did?  I think the answer to that question would have to be a very individual perspective; there are probably elements of school today that would make it difficult for our parent and there are elements during our parents time that would make it difficult for us. Individuals often have personal experiences and different opinions on how something is. Although I do think that there is sort of a consensus that with the idealization of a few colleges and those colleges becoming more and more competitive is making students or at least my peers more stressed about school thus having less time for self-social experiences. The whole discussion of school today is one that I believe is important because yes, as we develop our curriculum to make it more comprehensive and engaging for students, the students as individuals need to be discussed too.
What do you plan to do after high school?  I hope to become a lawyer when I grow up and also be apart of the efforts trying to promote growth and development in Uganda and Africa at large.
Finish this statement:  “If I won the lottery, I would …” Save the money and go on with my life.  I would help my mom and the rest of my family in Uganda with their expenses and probably some of my friends with their college fees and other urgent expenses, I would have enough money for the tuition of the college I would like to go to, so would be glad to not have to look for money. I would need of course to keep a considerable amount of it to invest and use as when I grow up on projects I would like to implement as an adult but my primary impulse would be to keep it. To sort of remove the impulse of wasting it and distracting me from what I hope to achieve.  Money is paramount and useful to many things I want and need in life, I wish I had money to dwindle most of my problems but having or not having it, doesn’t define my success.
What do you think you’ll miss most about Huron?  I will miss my friends a lot. They are literally gonna make me cry when I am done with graduation. I am going to miss them a lot. It was tough making friends when I moved and I have attained a small group of friends that have been there to support me. I have also grown to love the small ‘I knew everyone’ community so I will probably miss that too.