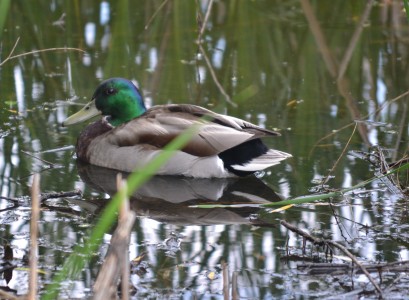 Ducks and other animals living in and around Thurston Pond in northeast Ann Arbor will likely soon have a more welcoming habitat. The Ann Arbor Public Schools Board of Education tonight will consider a $115,000 contract with Anglin Civil, LLC. for restoration of the pond.

Since it’s creation in the late 1960’s the Thurston Nature Center has provided a habitat for a wide variety of animals for Ann Arbor Public Schools students to study. Unfortunately sediment has slowly filled in the pond and it’s become so shallow that fish can no longer survive throughout the winter months.

Chairman of the Thurston Nature Center Committee Frank Commisky says other species have also been lost due to changing habitat. “We’ve lost the bio-diversity of the pond because of this additional sediment,” Commisky says.

The plan calls for dredging out a couple of channels to increase the pond’s holding capacity so fish can be restocked. The outlet channel will also be dredged and a valve will be installed so the amount of water leaving the pond can be controlled.

Sediment dredged from the pond will be reused right at the Thurston Nature Center. Soil will be added to the berm that serves as a dam for the pond. Additional access points to the pond will be created so students can explore nature as well.

Commisky says the sediment will also be used to create additional habitat for nature. “There used to be a large nesting island in there. This allows some of the animals to go to a place that’s isolated from humans and dogs, and folks that walk other pets through the nature center,” he says.

This restoration work must be completed by the end of September, or Michigan Department of Environmental Quality permits will expire. To make sure the project would be done this year, students and community members raised funds to reduce the cost to the district’s sinking fund.

Fundraising is far from the only way students are participating in the effort to restore Thurston pond. Students from all grade levels have been working on GREEN-STEAM projects that serve as hands-on learning opportunities. Students in kindergarten have studied hibernating mud. First graders have studied amphibian diets by collecting bugs and insects. Choosing, raising, and releasing amphibians was the project for second graders. Third graders designed and built a rain garden, while fourth graders focused on water quality. An Educational Grant from the Ann Arbor Public Schools Educational Foundation allowed fifth graders to work on aeration systems to make the pond more hospitable for amphibians. 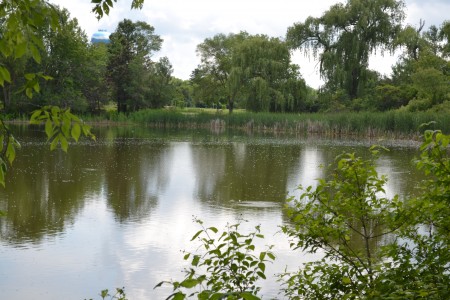