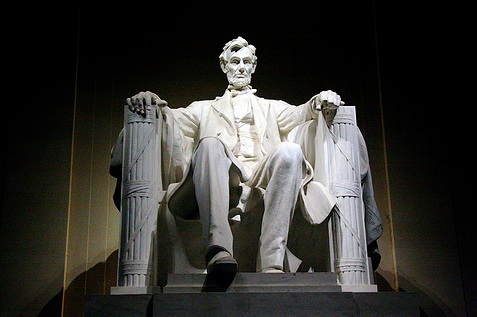 Every year, Tappan Middle School eighth graders take a trip to Washington, D.C. to learn about the nation’s history. But this upcoming trip will be particularly special: the band, choir and orchestra students will perform on the steps of the Lincoln Memorial to commemorate the 50th anniversary of Dr. Martin Luther King Jr.’s “I Have a Dream” speech.

The performance will be part of the National Park Services’ concert series that will host hundreds of musicians during the summer of 2013. Tappan students are slated to perform Thursday, June 13.

Arranging the performance was a matter of lucky timing, said Joe Demarsh, Tappan’s orchestra teacher. A travel agency sent band director Frederick Smith notice of the opportunity. Travel agencies often advertise performances to schools (in hopes of getting their business), but Smith and DeMarsh took special notice of this one because students were already scheduled to be in D.C. at the same time.

Phillips Travel out of South Lyon has arranged the eighth grade trip for more than two decades, so it happily arranged for the students to perform on the steps of the Lincoln Memorial.

Now the only thing left to do is get the students and all of their instruments to D.C.

DeMarsh said smaller instruments will fit on the busses, and larger instruments and equipment like stands and chairs will be rented. DeMarsh and the music staff is seeking out businesses to help pay for equipment and, more importantly, to help provide scholarships. The four-day trip costs $500, which covers food, hotel stays and visits to several museums and memorials.

“We want to do a uniform t-shirt and sell some advertising on the back so this ends up being cost neutral,” DeMarsh said. “We don’t want to add to the cost of the trip. At the same time we anticipate a lot more interest, more kids than usual wanting to go on the trip, and that’s going to mean we’ll need more scholarships for those who can’t afford it.”

Tappan band teacher Fred Smith calls the performance a once-in-a-lifetime opportunity. Smith is particularly excited to take part in the 50th anniversary commemoration because he met Dr. King as a boy living in Montgomery, Ala. Smith’s father was a reverend in a church across from where Dr. King spoke. Then-six-year-old Smith was in charge of making sure Dr. King had enough water as he spoke to a standing-room only crowd after the second march from Selma.

“He was mesmerizing,” Smith said. “He spoke in parables and things that were down to earth, yet he was such an eloquent speaker and his thoughts just made sense. Even as a child, I could listen to it and understand what he was saying.

“I’ve been to the Lincoln Memorial on many occasions to stand in the spot where he spoke,” Smith added. “But to actually have something to do with my profession in helping to educate children, to take them to that spot and share that with them as well––that’s priceless.”

The band, orchestra and choir will perform a piece together called “Legacy of a Vision: Martin Luther King” by Jonathan Bruce Brown, a professor at Spring Arbor College. The piece includes a full orchestra and a choir, which sings old spiritual songs as a narrator reads excerpts of Dr. King’s speeches.

So who will be the narrator at the performance?

“The hint is I may have the honor,” Smith said. “Which I feel very humbled to even be considered to do that.”

Donations can be made out to the Tappan PTSO with “Washington, DC Trip Donation” in the memo line and mailed or delivered to the Tappan office at 2251 E. Stadium Blvd., Ann Arbor, MI 48104.  Donations of any amount will help; the cost to sponsor one student is $500. Questions may be sent to Joe DeMarsh at: demarsh@aaps.k12.mi.us.

Pioneer High School teacher Tracey Van Dusen has been featured on the White House website as one of their featured “Champions of Change.” Those featured have done extraordinary things in their communities. […]