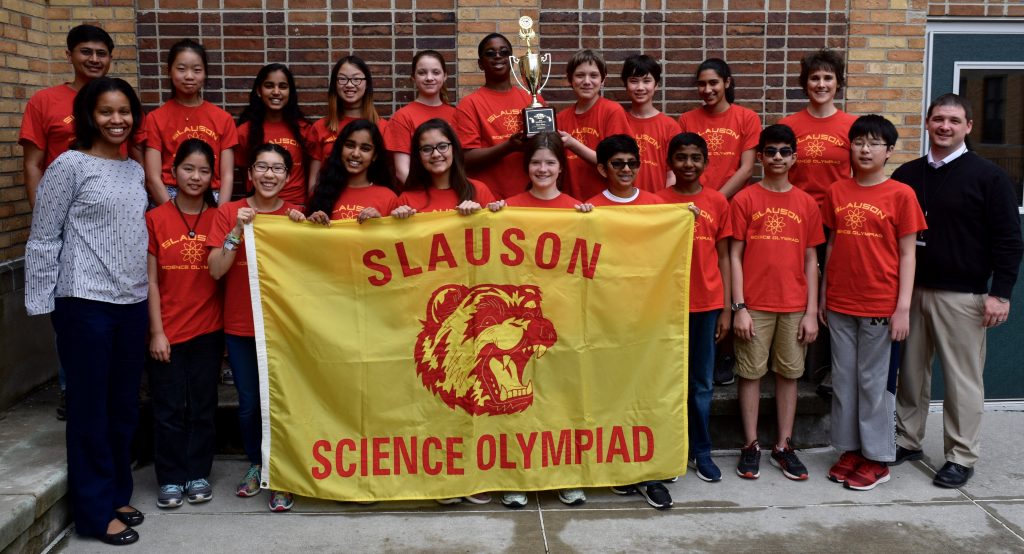 It’s been 26 years since Slauson Middle School has competed in the National Science Olympiad Tournament, but thanks to a first-place finish in the state competition April 28, the 15 bright young scientists—led by Head Coach Karthik Ganesan—are headed for nationals in Colorado May 19. 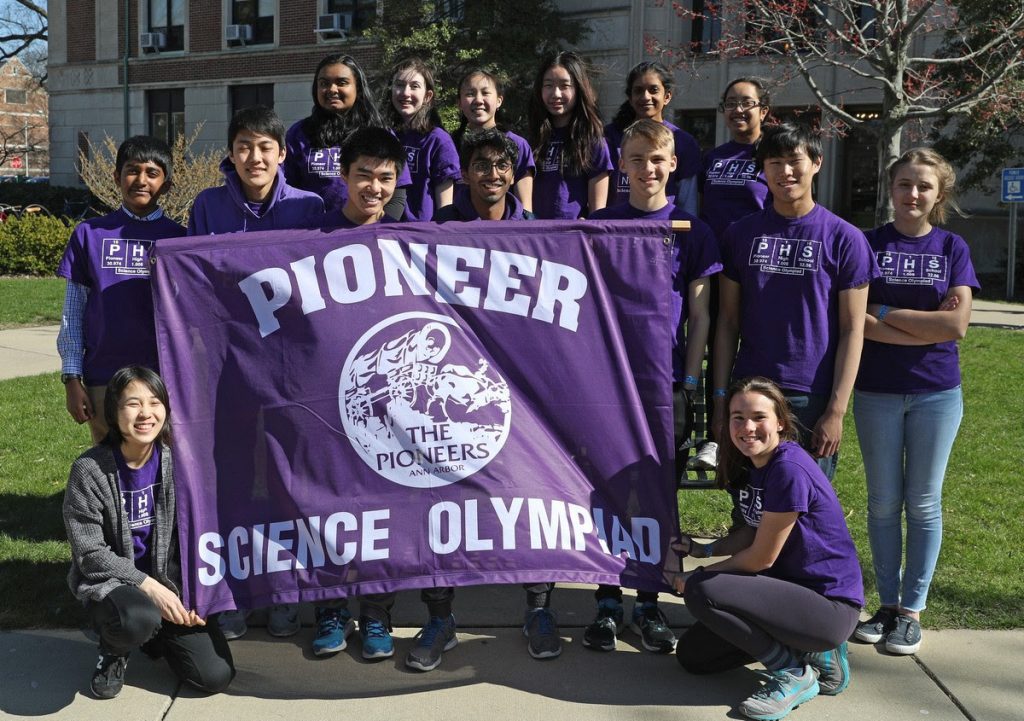 Both schools’ impressive scores in each category are listed here.

Slauson advisory head coach Jean Rennich says the team’s recipe for success gets down to a few basics:

“It’s excellent team organization plus hard-working Olympians plus supportive parents plus outstanding volunteer coaches and support from the school and community,” she said, before adding: “Plus some luck!”

The goal is to increase K-12 student and teacher participation in science, technology, engineering and math (STEM).

Rennich says one of the biggest challenges is finding volunteer coaches to donate time with the students on a weekly basis from October through April.

“The volunteers are really the heart of the program,” she said.

Head Coach Karthik Ganesan said the 23 events the kids compete in change from year to year and cover a broad range of topics that include life, personal and social science, earth and space science, physical science and chemistry, technology and engineering.

“It’s really challenging, even for an adult to build some of these devices,” he said.

Slauson began competing in Science Olympiad when the national organization was founded in 1983 and won the state and national tournaments in 1985 and 1986. Slauson rebounded to finish fifth at nationals in 1992 but has not been there since.

The program was non-existent in 1999 but was resurrected by high school student Aparna Ghosh in the 2006 season, and then parent volunteers took over organizing in 2009.

Slauson has finished third, third, and fourth place in the Division B MISO State Tournament the last three years respectively before this year’s first-place finish.

Rennich noted that Slauson Middle School alumni are bringing their experience and enthusiasm to Pioneer’s program. Pioneer did not qualify for states two years ago, but came back strong to win regionals and finish fifth place at the state tournament last year. In 2018, the Pioneer team placed 4th at the Michigan Science Olympiad State Tournament for Division C, and over half of these Olympians are also helping to coach events at Slauson.