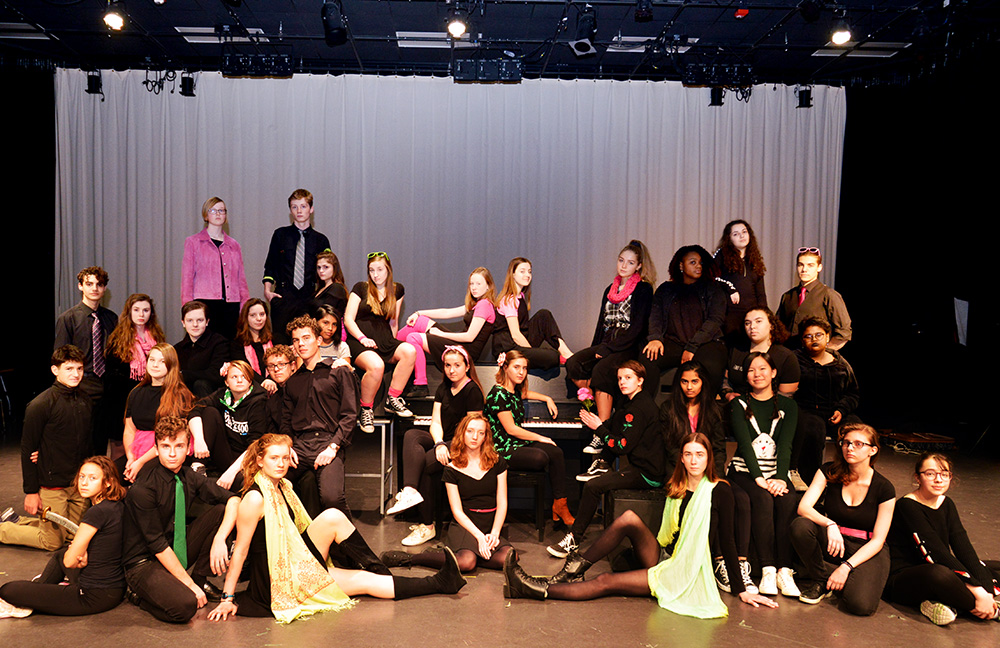 The students of Skyline Theatre are preparing their fourth-annual production of “Get Hype: An Evening with Skyline Theatre” – an energetic and eclectic evening of entertainment made up of songs and scenes from a variety of different stage shows.  The performance will be held on January 25 at 7:30 p.m. in the auditorium at Skyline High School.  Admission is $10 for students and $15 for adults.

“This show has grown tremendously from the first production. We had about 20 students that first year and have more than doubled the number of participants,” said Get Hype director Brodie. H. Brockie. “We have so many talented students and this is a wonderful showcase for their various abilities. We’ve got singing, dancing, dramatic acting, comedy, stage combat, instrumentation, beatboxing, puppeteering, and more!”

Brockie and the students selected the pieces being featured, which are made up of predominantly upbeat and comedic numbers, with a few dramatic and somber moments to round out the show. Selections include time-tested classics like songs from “Cabaret,” “My Fair Lady,” and “West Side Story” to modern hits like “Hamilton,” “Avenue Q,” and “A Gentleman’s Guide to Love and Murder.”  Plus, in addition to well-known favorites, a few lesser-known gems are featured from shows like “Enter Laughing” and “The Capeman” and cult classics like “The Rocky Horror Show.”

“We have 40 students performing throughout the night and each of them gets at least a moment in the spotlight,” said Brockie. “We have so much talent at Skyline and this format gives everyone a chance to shine.”

The event serves as a fundraiser for the Skyline Friends of the Arts. Funds raised during Get Hype in the past have helped students pay the participation fees to be part of other mainstage productions and funded a day trip to the Stratford Shakespeare Festival where students attended a workshop with professional actors and technicians and saw a production of “Romeo & Juliet.”

In addition to Brockie’s direction, the show is produced by Skyline Theatre troupe leader Anne-Marie Roberts, with musical direction by Daniel Kennedy.