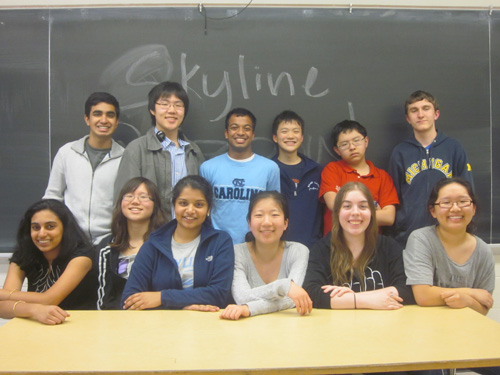 After ten rounds and six hours of rigorous matches, the team finished with an outstanding fifth place out of 34 teams, represented by 21 Michigan high schools.

The team will next compete in the State Tournament to be held at Michigan State University on April 14.  Additionally, the team has qualified for the High School National Championship to be held in Atlanta over Memorial Day Weekend.

Quiz Bowl is an academic competition between two teams of four players each. The game is played in a question and answer format incorporating a comprehensive list of subjects including math, science, history, the arts, sports, and pop culture. The team practices every Friday after school beginning in October and concluding in April.  The team is coached by Aaron Lopez and Laurie Hochrein.