Almost, Maine, a simultaneously heartwarming, and melancholy play packed with metaphor, will run February 26th at Skyline High School’s Experimental Theater. This thought-provoking and charming show is directed by the students of Anne-Marie Roberts’ Theatre II class. Almost, Maine, was featured in the Smith and Kraus’ New Playwrights: Best Plays of 2006, and became the most produced high school show of the 2017-2018 season. 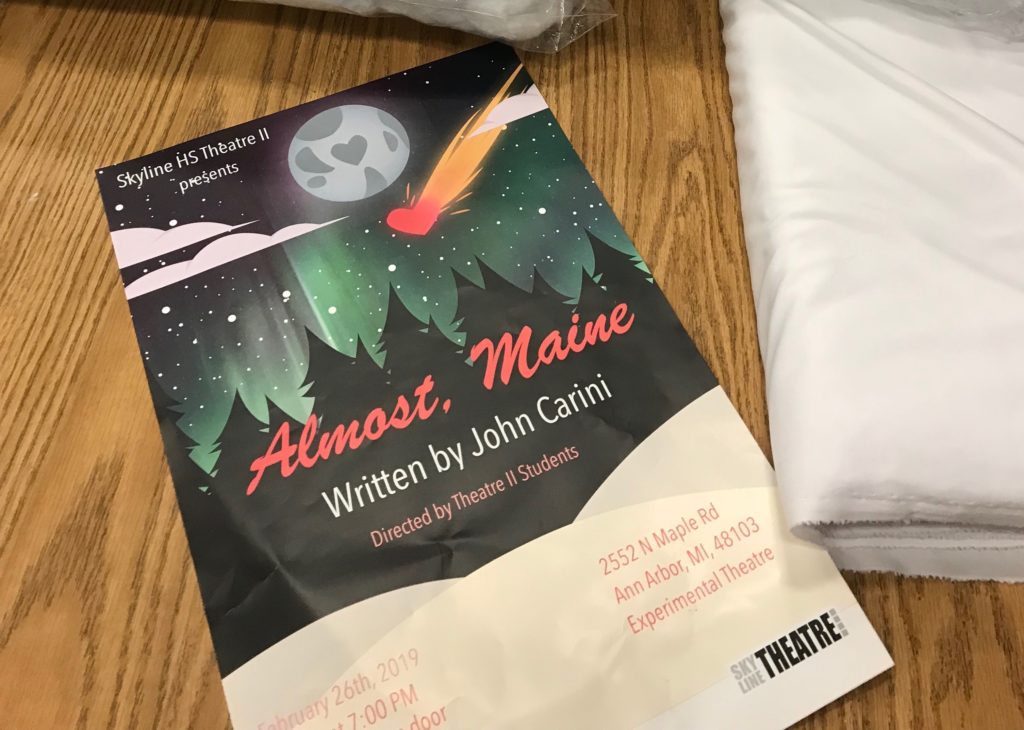 “This production gave students a chance to express their creativity in multiple ways,” said Roberts.  “They were given the chance to act, direct, build, and design. Each of the students was assigned a scene that they were in charge of directing. This was a very interesting concept, as we all got to see how different directing styles could come together to create the picture of our show.”

Almost, Maine, a place that’s so far north, it’s almost not in the United States. It’s almost in Canada. And it’s not quite a town, because its residents never got around to getting organized. So it almost doesn’t exist. One cold, clear, winter night, as the northern lights hover in the star-filled sky above, the residents of Almost, Maine, find themselves falling in and out of love in unexpected and hilarious ways. Knees are bruised. Hearts are broken. But the bruises heal, and the hearts mend—almost—in this delightful midwinter night’s dream. (Dramatists Play Service)

The play is the result of hundreds of hours of work by the students of Skyline Theatre II class. Skyline High School is the only high school in the Ann Arbor Public Schools that has a course of this nature. Now in its fourth year the course allows students who traditionally would be unable to participate in an extra-curricular theatrical production get a chance to experience creating and performing in a fully realized production.    “This play is a wonderful showcase for our tremendous talent at Skyline,” adds Roberts. “Skyline’s theatre arts curriculum is unique for Ann Arbor with its co-curricular model and we encourage friends, families and neighbors to support the program by coming out to see the show.” 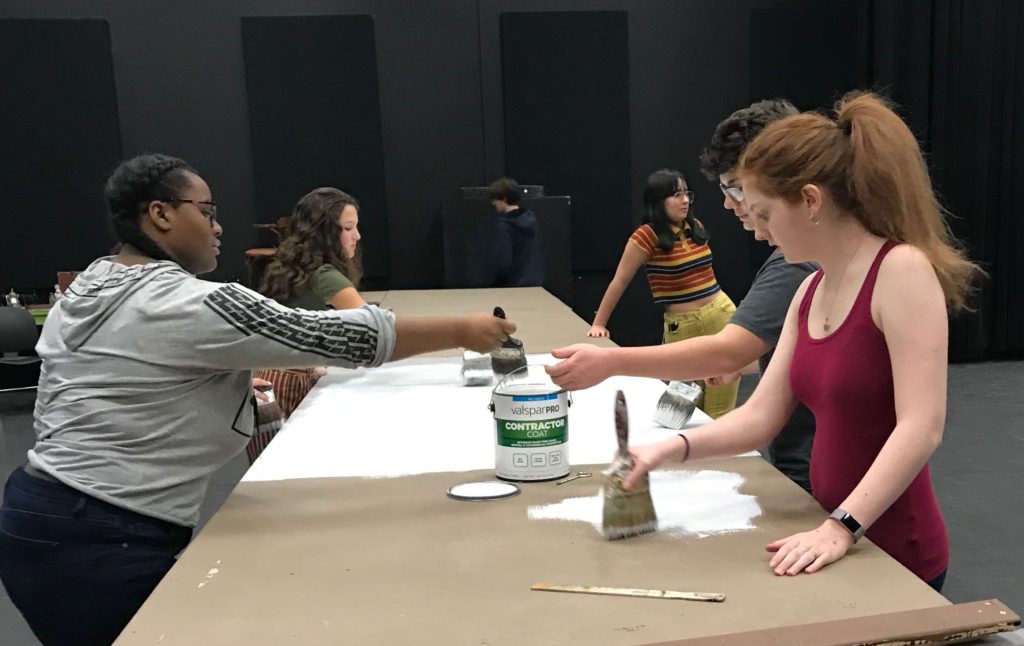 Showtime is Tuesday, Feb. 26 at 7 p.m. Ticket price is $5 available for purchase at the performance. Skyline High School is located at 2552 N Maple Road.