For youth learning to play tennis through Ann Arbor Public Schools Community Education and Recreation, gone are the days of spending most of their time standing in line waiting for their turn to swing an oversized racket. Instead Rec and Ed’s tennis program is designed to keep children active and use equipment and courts that are appropriate for their age and size.

Rec and Ed made the transition several years ago to the United States Tennis Association’s Midwest Junior Tennis Pathway model. The program is designed after a model that many of Europe’s top tennis players experienced as youth. This spring Rec and Ed’s program became the first in Southeast Michigan and one of only a handful across the state to be officially accredited by the USTA Midwest.

The program is designed to improve the quality of play of American tennis players, but Rec and Ed’s Youth Tennis Coordinator Zofii Casterline says it’s also a better way to introduce the sport to young players. “It makes tennis approachable, and it makes it fun,” Casterline says. “It’s the first time ever tennis has been sized to children and it makes them feel successful and that’s what we want kids to have fun and enjoy the sport.” Casterline adds injuries are reduced because young players aren’t trying to torque their bodies to hit the ball with an oversized racket.

Under this pathway children under the age of eight begin using a red foam or felt ball that’s 75 percent slower than the ball used by adults. They also use a lower net, and only one quarter of a full-size tennis court. Nine and ten-year-olds, advance to an orange ball that’s half as fast as an adult tennis ball and a court that’s 60 feet by 21 feet. Once players have demonstrated ability with the orange ball, they advance to using a green ball on a full court that’s 78 feet long, by 27 feet wide. Students 11-and-over then transition into junior tennis using the traditional yellow ball on a full size court.

At a camp this week, Tennis Program Director Vanda Shadigian pointed out how active the young players were. “Look nobody is standing in line, everybody is active and we use a lot of cooperative exercises where children learn how to move, and toss, and do things throughout the class where they’re not standing around waiting for a ball to be fed to them,” Shadigian said. She added the children were learning a lot of movement skills, tracking skills, balance and agility. All skills that will crossover and serve them well if they decide they want to play sports other than tennis. The program also includes playing actual matches at all age levels, instead of just working on drills.

The youth tennis program has about 800 enrollments annually for programs during the school year and camps during breaks. Shadigian says Rec and Ed coaches make sure parents know how their children are progressing and what’s needed for players to advance to the next level. She says this combined with the age-appropriate aspects of the program leads to positive feedback from families. “I think the buy-in from the parents is highly positive because these kids come home, they’re excited about tennis right off the bat, they want to come back, they’re looking for more opportunities,” she says.

Earning the USTA Midwest accreditation was an intensive process that took several months to illustrate Rec and Ed’s program is meeting all of the requirements. Rec and Ed officials had to share lesson plans, curriculum, staff credentials, and photos of equipment available for children. The accreditation also required demonstration of the program having blended lines on several courts across Ann Arbor Public Schools and the ability to put down lines at other courts used by the program, such as the University of Michigan Varsity Tennis Center.

While the accreditation is new, officials with USTA Midwest say the program has long been a leader for the region. “The Ann Arbor Rec & Ed is the only public parks or education department that we’ve seen since back in the 1970s offering a tennis program complete with part and full time tennis instructors and organizers,” says US Tennis Association’s Southeast Michigan District Associate Director Katrina Walker.  “This has created an amazing tennis program that not only offers full service tennis programming, but also benefits from their involvement with the USTA by bringing in much needed funding for a variety of programming from Youth to Adults.”

Walker says she knows Ann Arbor Public Schools and the community have benefited from the program. “We certainly have and tell them on a regular basis, how we wish there were more Park & Rec Programs like theirs!” 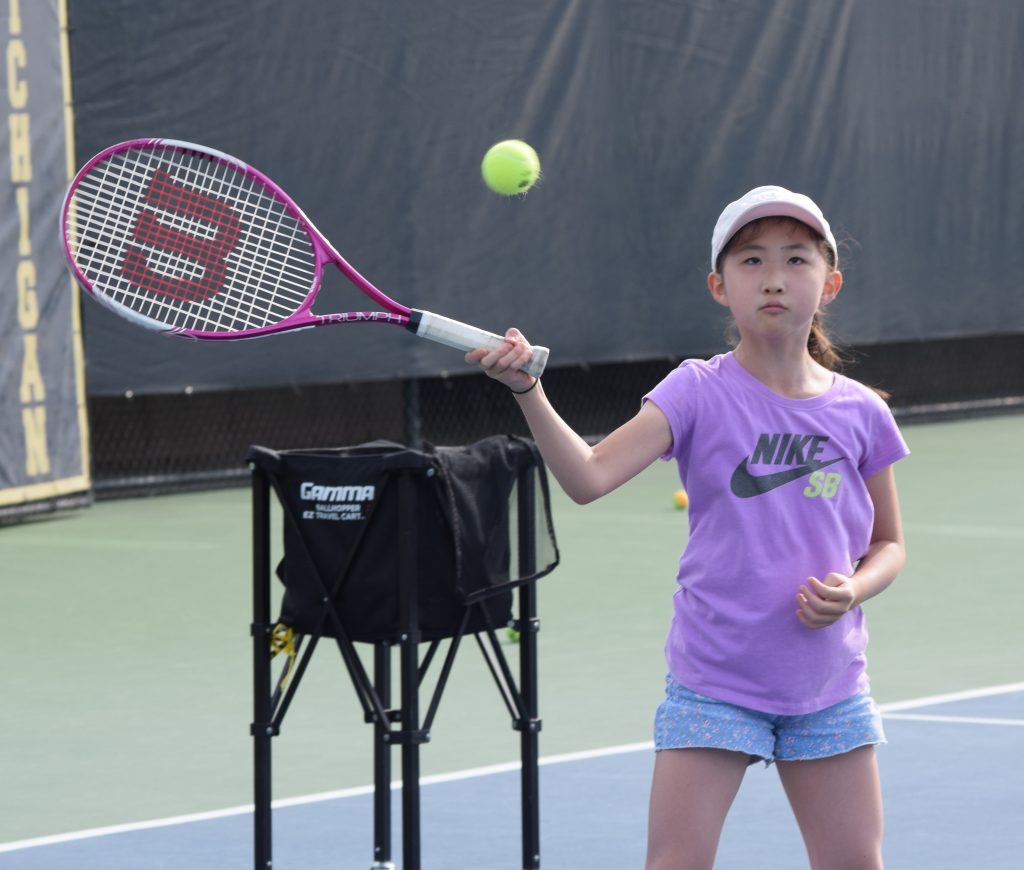