Tierney Fraidenburg is simply an amazing young woman. And the word “amazing” isn’t something to kick around lightly, but in this case it fits in more ways than one.

The senior is in her second season as the kicker on the Pioneer varsity football team. She also is a diver and captain on the Pioneer swimming and diving team.

Yes, both sports are in the fall. 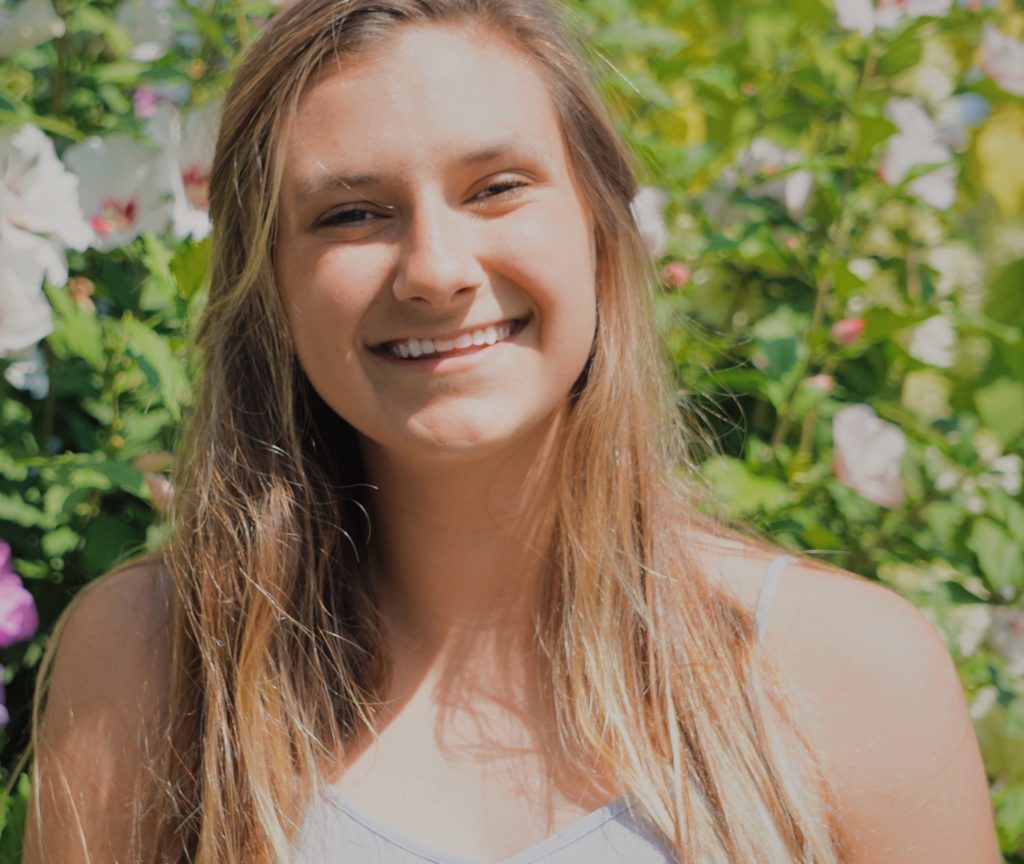 And don’t think for one second that playing two sports is going to cause any issues in the classroom for Fraidenburg. While her stats in football and diving are important, her 3.98 grade-point average is a statistic she is most proud of as she begins her final year at Pioneer High School.

She then goes right from the pool to the classroom where she has classes until 2:30 p.m. 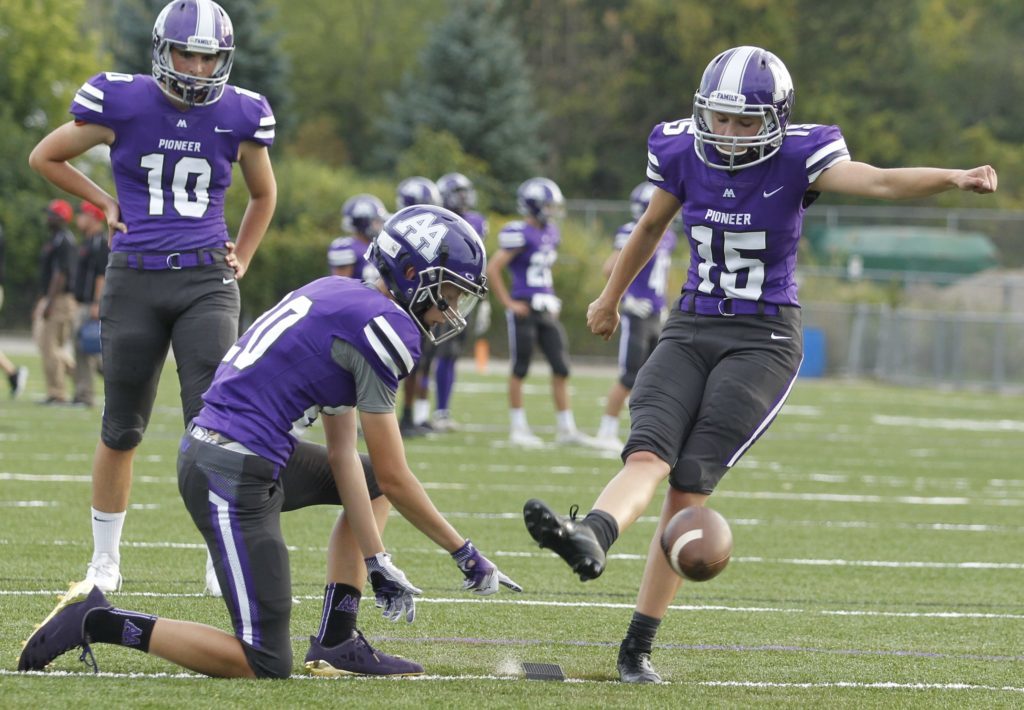 “Once sixth hour is finished, I go to Coach (William) Bellers room for a few minutes of study hall before leaving for dive practice which starts at 3 p.m.,” she says. “Dive finishes at 5, but I always leave at 4:45 in order to get to the football field by 5. Football is done at 7 p.m., and during the two hours I am there I usually stretch, practice kicking a few extra points and field goals, work on my form, and run the conditioner our team has on that day.”

She leaves Pioneer around 7:30 p.m. most days, depending on how long practice goes.

Yes, she typically spends more than 12 hours a day at Pioneer High School. And that is not counting swimming dual-meets, tournaments and football games.

But this is not only the life Fraidenburg chooses, it’s a life she would have no other way. It would be impossible for a person to keep this kind of schedule if they didn’t love what they were doing. And having to choose between kicking on the football team or diving for the swim team was not an option.

Fraidenburg, who also is a very good soccer player, is one of those young individuals wired for challenges. Both kicking and diving are intense, individual activities, requiring hard work, commitment and a strong mental makeup. What’s more nerve-wracking than standing at the edge of a diving platform with everyone in the pool watching as you try to nail a difficult dive?

What’s more nerve-wracking? How about standing on a football field – with everyone in the stadium watching – as you try to add the extra point to tie or take the lead in a football game. 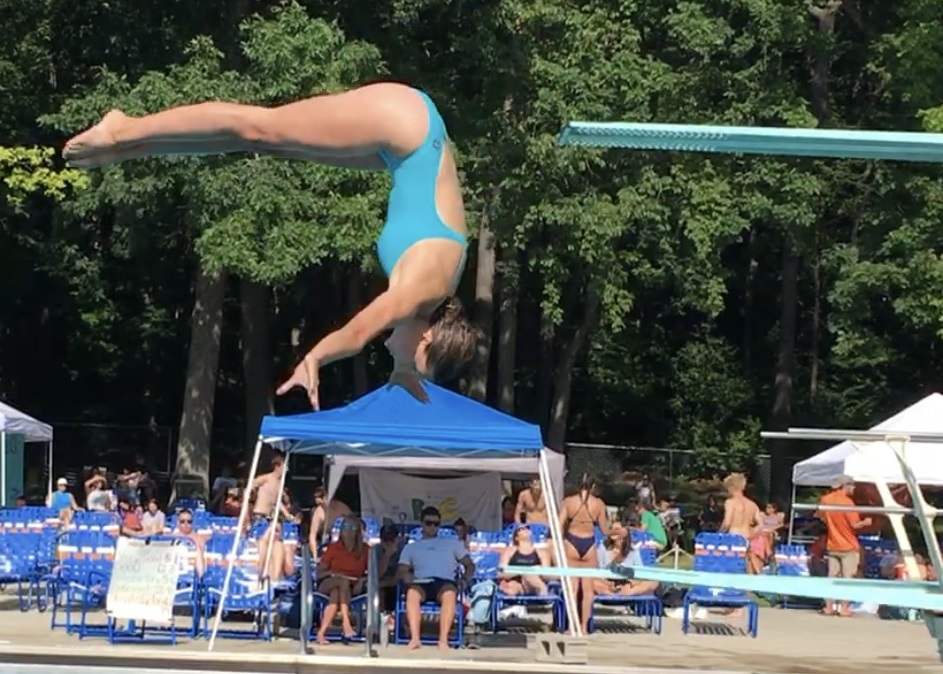 “The biggest challenge of being a kicker is staying mentally tough and making sure that I take care of myself,” she says. “A lot of people don’t understand the toll kicking can have on your mind and body. Having an off day can be very frustrating and often causes me to overthink and get in my head.

“In order to kick well I have to always remain calm and collected under pressure, and it can be difficult to do. Forgiving myself for mistakes or not blaming myself for something going wrong is also something that I (and other kickers) struggle with.”

She says last year’s win over Huron was one of her favorite football moments so far.

“I have really enjoyed my time as a kicker, and there have been many memorable moments and games,” she says. “The biggest highlight of my kicking career was playing Huron last year. It was my first time making a PAT in a game, and I was able to kick four extra points on our home field during one of our most exciting games of the year.”

One of her highlights in swimming came out of the water – when she was named one of the captains this season.

“I was so honored to be picked as a captain this year,” she says. “I don’t know how long it has been since a diver had been voted a captain, but it means a lot to me that both swimmers and divers want me as a leader of the team and program. Being a captain of the swim and dive program is an exciting opportunity because it means I have the chance to better connect the two sports. In the past we have struggled with divers having the same involvement in the team as swimmers, but as a captain I have been working to try and better bridge that gap.”

Fraidenburg’s diving career began when she was 9 years old.

“I was looking for a sport to do at the beginning of the summer and my swim club had a diving team so I decided to try it out,” she said. “I started country club diving and then switched over to club diving after my sophomore year of high school.”

Her sophomore year was her first diving for the Pioneers. She reached Regionals but was cut early on. Last year as a junior, Fraidenburg developed a stress fracture on the sesamoid bone in her right foot about halfway through the football season.

“However, I continued to dive and kick on my foot which only worsened the break,” she says. “Because of the pain of the injury my diving began to suffer, and unfortunately I fell five points short of qualifying for states last year.”

This year, now injury free, she hopes to reach the state finals where the Pioneers are expected to be once again among the top teams in Division 1.

Where does she plan on spending 12 hours a day next year?

“I hope to achieve either my Doctorate in physical therapy or my Masters in athletic training,” she says. “I would love to play a sport in college, and I am looking into dive or soccer programs.”

Right now, she is focusing on today, not tomorrow. And she is keeping herself quite busy chasing dreams and conquering challenges.