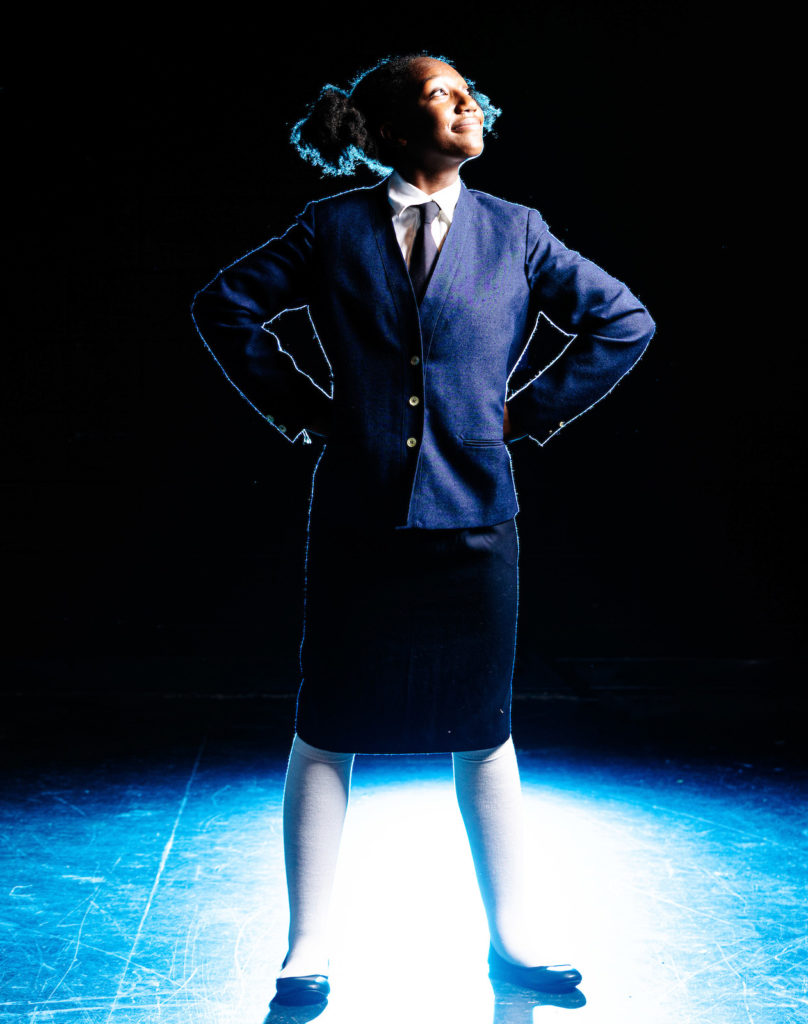 When Martha Laramore-Josey saw Roald Dahl’s Matilda on Broadway in 2014 she knew right then that she “wanted to be a part of this show.”

“I absolutely loved it,” says Laramore-Josey. “It’s been a dream of mine to be in it ever since.”

And dreams do come true.

Laramore-Josey, a junior at Pioneer High School, is playing Matilda in the upcoming Pioneer Theatre Guild’s production of “Matilda the Musical!” The musical opens Nov. 2 and runs through Nov. 10.

“It is the most exciting role I’ve ever had the chance to play, but also the most challenging,” she says. “Matilda was actually the second Broadway show I ever saw, and it’s come full circle, which is super cool. I’m really looking forward to sharing her story with an audience.”

Laramore-Josey says rehearsals have been “amazing.” 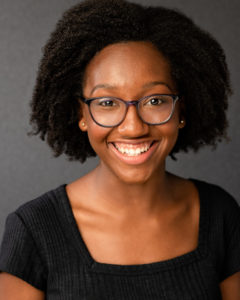 “As a cast, we have really bonded and learned to work as a team,” she said. “The biggest challenge so far has been working on the big group numbers because the music in Matilda is really complex, and numbers such as “Miracle” (the opening number) also call for intense choreography.”

On the surface, Matilda is about a little girl with an incredible mind. “But if you look a little deeper you see how abuse and neglect can affect people of all ages,” Laramore-Josey says. “You also see how having a safe space to story-tell and learn can have a huge impact on someone’s life. I think audience members of all ages will enjoy the show.”

Martha, the daughter of Kafi and Rashaan Laramore-Josey, has a 3.89 GPA and also is in the Pioneer choirs (Acapella and Sha Bop Shoppe). This is her third PTG show – she was in High School Musical (2017) as well as Fame (2019).

“I love theater for many reasons but the biggest being that I get to share stories that connect people,” she says. “For the entire show the audience is connected by the story we tell onstage and I think that’s truly beautiful.”

Laramore-Josey plans on going to college after high school and studying theater.

“I absolutely want to keep on performing after I graduate from Pioneer,” she says. “Theater means a lot to me and I want to continue performing for as long as I can.”

Laramore-Josey says it’s been really interesting getting to know Matilda.

“Matilda is a genius to put it shortly, but not only is she smart in the classroom, she is also smart when it comes to fighting for what she believes in,” she says. “I see her as a little girl, but also a fighter who does her best to put things right for others even when she is struggling herself.”

Tickets: $10 (Students, 65+ Seniors, PHS Staff); $15 (Adults). Reserved Seating Tickets are available and on sale NOW at​ ​A2tix.com​. General Admission Tickets will be available at the door starting one hour before each performance. All performances are in Schreiber Auditorium. ​