Video and photos by Jo Mathis/news.a2schools.org

Martin Luther King Jr. Elementary School observed its 50th anniversary three months ago but held off until the weekend before the national MLK Jr. Day to really celebrate.

After all, says Principal Mary Cooper, the 520 students and staff of 62 try to live King’s dream every day.

The “King Dreamkeepers” held a school-wide assembly Friday—which is customary—but this one included the unveiling of a new mural and the opening of a legacy box from 25 years ago.

The day included opening remarks by Cooper; a keynote address by former King teacher Cheryl Jones; a performance of King’s “I Have a Dream” speech by Reema Jarjoura’s fourth graders; readings from kindergarteners in Diana Gatonez’s class; and songs sung by students in grades K-5.

A mural designed by Laura Wayne, King’s visual arts teacher, was dedicated to the school and is now displayed in the cafeteria for all to enjoy.  Each student and staff painted a dot on the mural to represent inclusivity.

To emphasize a feeling of community reflective of King, the King PTO purchased 50th anniversary T-shirts for each child. 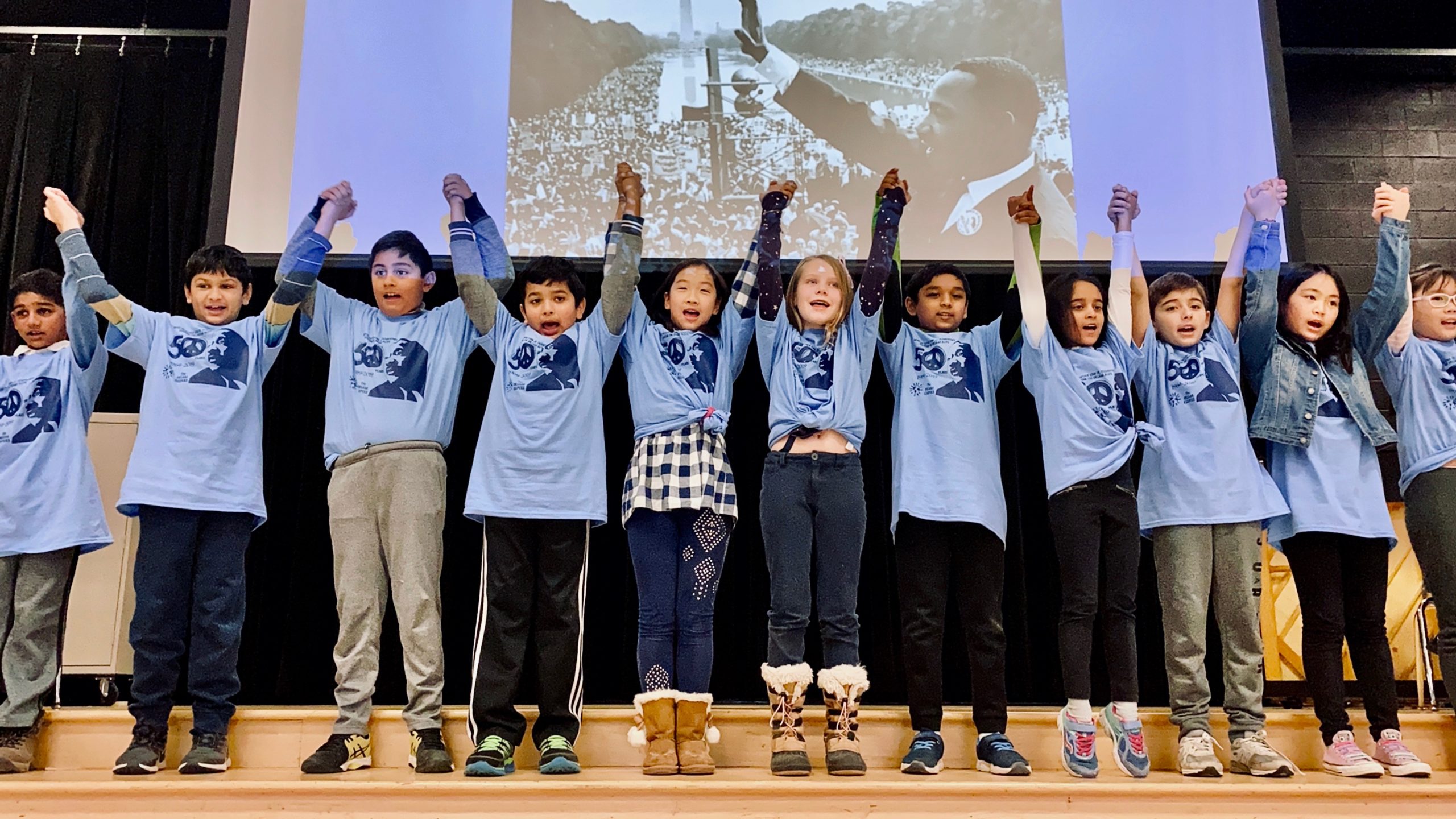 King’s diverse student body includes families from about 20 countries representing about 35 languages. In 2014, King received news that it had earned the honor of becoming a National Blue Ribbon School.