The connection between math and engineering was highlighted this summer at a pair of two-week long middle school Math/Project Lead the Way camps. The camps at Pioneer High School were co-taught by a math teacher and a Project Lead the Way.

Pioneer Engineering teacher Marty Moreno says the combination is a natural fit and helps middle school students understand why they are learning math concepts that might not seem important initially. “Engineering and math just go hand in hand, it’s very seamless you know to go from the math part to the engineering,” Moreno says. “The cool thing about it for them is they get to see the fact that math is not just a stand-alone, it’s actually used somewhere else.”

For students each day of the camp moved along quickly as they started with working on six targeted math skills, then moved into some time with the online program called DreamBox which offers the chance to learn math in a game setting. Students continued their day by working in teams designing and building toothpick bridges. This project required students to work together making measurements, using geometry and engineering, and even some accounting as they had to keep track of “costs” of the project. Each day of camp then moved into some computer assisted drafting with students getting the chance to use a 3-D printer to make their designs come to life. 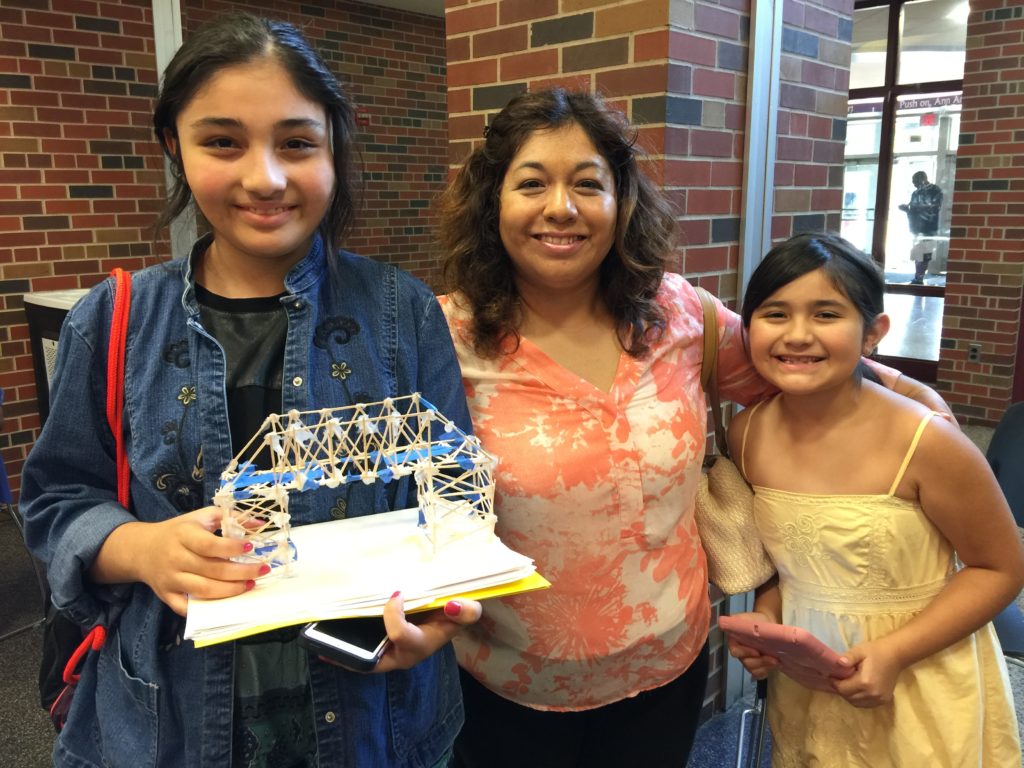 Moreno says it’s always exciting when a young student can go through the entire design process. “They got that whole idea of going from virtual to physical, you first design it virtually as a 3-D model, and then you actually physically make that model and then you get to see what the results of it were,” he says.

Moreno adds the technology the students used has them well prepared for applications beyond the classroom. “They used both tinker CAD, which is kind of like a starter for learning how to do some CAD, but then some of them actually caught on to it pretty quick, so a lot of them we moved on to Auto Disc Inventor, which is actually used in industry, so they were using what actually somebody would use in industry,” he says.

Amir is one of the students that participated in the Math/PLTW camp and is excited about getting the chance to use a 3-D printer to make his own designs. He says the camp was fun because of the rotations. “We did 30 minutes of math, 30 minutes of working on laptops, and then PLTW, and like half of the stuff is PLTW, and it’s really fun,” he says.

A total of about 350 students participated this summer in the Math/PLTW camps and ELA camps, with some kids attending both. The camps were inclusive for all students. For all of the camps initial priority was offered to students identified by teachers and counselors as potentially needing additional reading or math attention. About 40 percent of the camp slots were then opened to all students.