Leo K. never liked science class until he became a fifth grader at the new A2STEAM @ Northside this fall.

About six years ago, A2STEAM @ Northside teacher Cindy Johengen watched a TED speech of a Malawianman man, who as a boy had built a wind turbine from spare parts and scrap to power his family’s home. 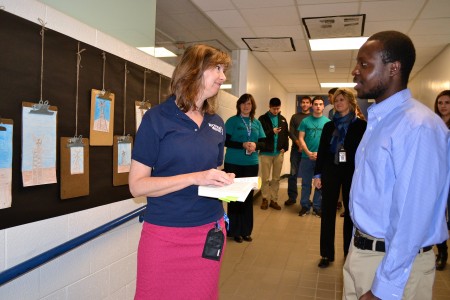 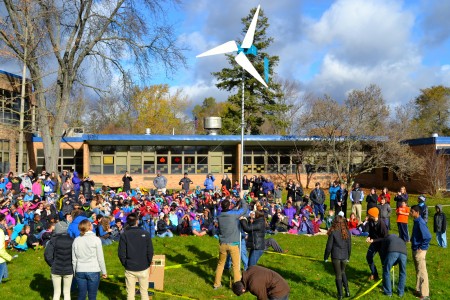 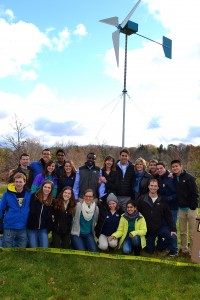 sparked an interest in Johengen, who was determined to build her own windmill for Allen Elementary, where she taught until this year.

Johengen planned and worked with students from the University of Michigan’s Woven Wind program for months during the building of the turbine.

“We made the decision to move forward with this type of turbine rather than the one from recycled parts so the engineering students could truly apply their skills with the tools, equipment and opportunity afforded them by the University’s Wilson Center,” she said. “Every part of the process was integrated in every area of the curriculum during the entire year.”

The turbine was installed last spring at Allen. And when Johengen moved to A2STEAM @Northside, she taught her new fifth graders about turbines, as well.

So it was only fitting that on the day the turbine moved from Allen to STEAM, Kamkwamba was there to meet the school community.

Johengen read aloud to her students portions of his book, “The Boy Who Harnessed the Wind.”

“Here’s William,” she said, “not only giving and sharing, but changing lives.”

For the rest of the year, students will look at ways to utilize the energy created by their new turbine, which was installed at an outdoor assembly of the entire school. Moments after the turbine was raised, the wind picked up, and the blades began to spin as about 405 students, staff, and visitors cheered.

“Then come back one day and share your stories,” he said. 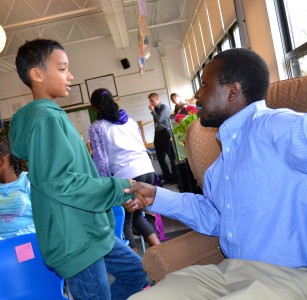