News Ticker
By Jo Mathis/AAPS District News Editor
On your mark. Get set. Go!
And so began Lawton’s annual Cooke and Blick tricycle race featuring a show-down between Principal Shannon Blick and fourth grade teacher Jinx Cooke.
Held every year on the day before winter break, the event is held in memory of beloved Lawton/Slauson/Pioneer parent Theresa Supica who—along with the youngest of her three daughters, Samantha, 12—died in a 2010 car accident in Virginia.  Samantha had just completed seventh grade at Slauson Middle School. 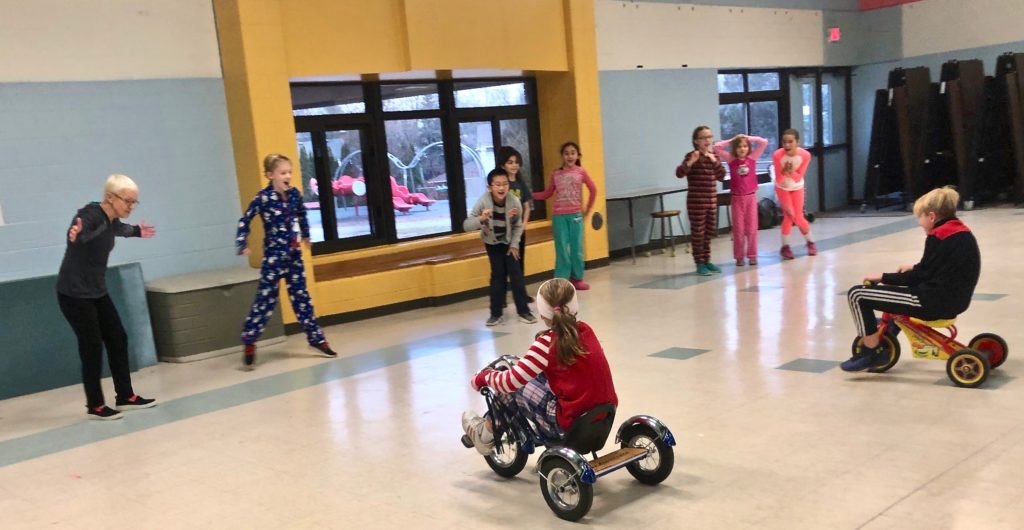 Their deaths were a shock to their many loved ones, and a tremendous loss for the community, said Cooke, who knew the family well.
“Theresa was so much fun,” she says. “You never knew what kind of fun thing she was going to bring into the classroom or introduce.”
One year Supica brought in five tricycles on the last day of school before winter break because it was rainy and the students weren’t able to go outside.
The kids had a blast, teachers and the principal joined in the fun.
“Theresa introduced this fun event and it has been held in her honor since that time,” says Cooke, who has held the race every year since Supica’s death, challenging Blick before her students compete against each other.
Lawton third grade teacher Nicole Pike says it’s hard to know where to begin when describing Supica.
“Theresa was the most loving, helpful, happy person you could ever meet,” she says. “She loved having fun!  Her million dollar smile showed it. She would do anything for anyone. She’d give you the shirt off her back if you needed it. Theresa loved her kids more than you can imagine and treated her kids’ friends like her own too.”
Pike says many children called her “Mom” and loved to visit the Supica home.
“She volunteered at school all the time and always planned fun activities for the classes such as the tricycle races or who’s wearing the most green on St Patty’s Day—underwear included,” she recalls.  “So when Theresa passed away, each year in her honor we had the tricycle races.” 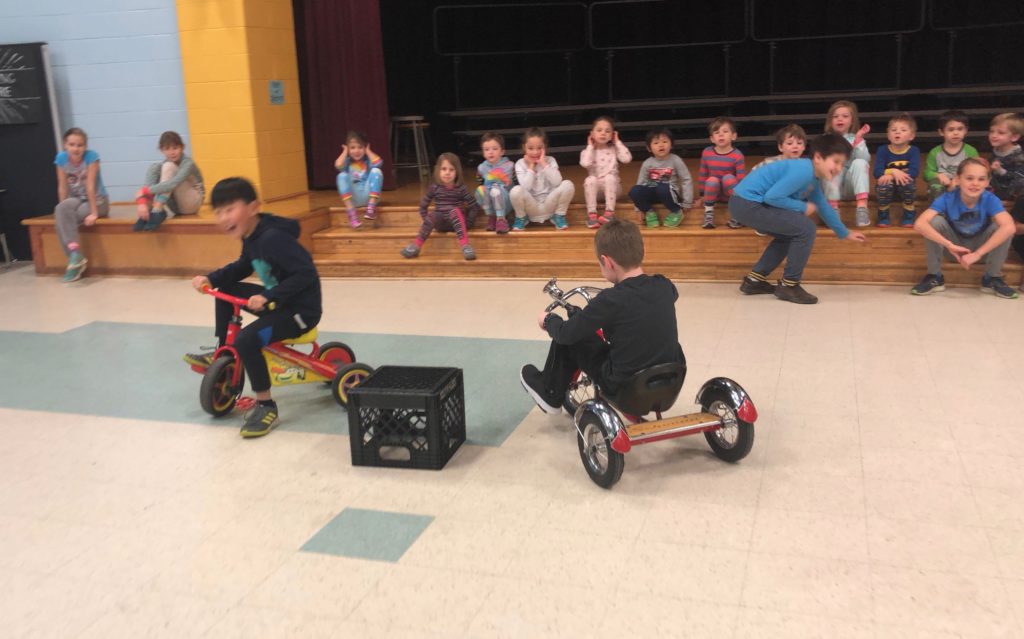 The Supicas’ house in the Churchill Downs neighborhood near Lawton was a popular after-school hang-out, says Cooke, noting:  “It was like a constant open house, so welcoming.”
The older Supica sisters, Sloane, 14, and Sydney, 15,  were injured in the accident—which was caused when the driver of a Toyota Corolla was changing lanes, lost control, and struck the Supicas’ Ford Explorer.
The family had been driving to Virginia Beach so that Sydney could compete in the National (field hockey) Futures Championships.  Cooke had been Sydney’s coach for several years.
Sloane and Sydney sometimes attend the tricycle race but were unable to this year.

“It’s important to keep Theresa’s memory alive for her girls, Sydney and Sloane,” says Cooke. “As time goes on, there will be fewer and fewer people who knew their mother and youngest sister as well as those of us at Lawton. We haven’t forgotten them.” 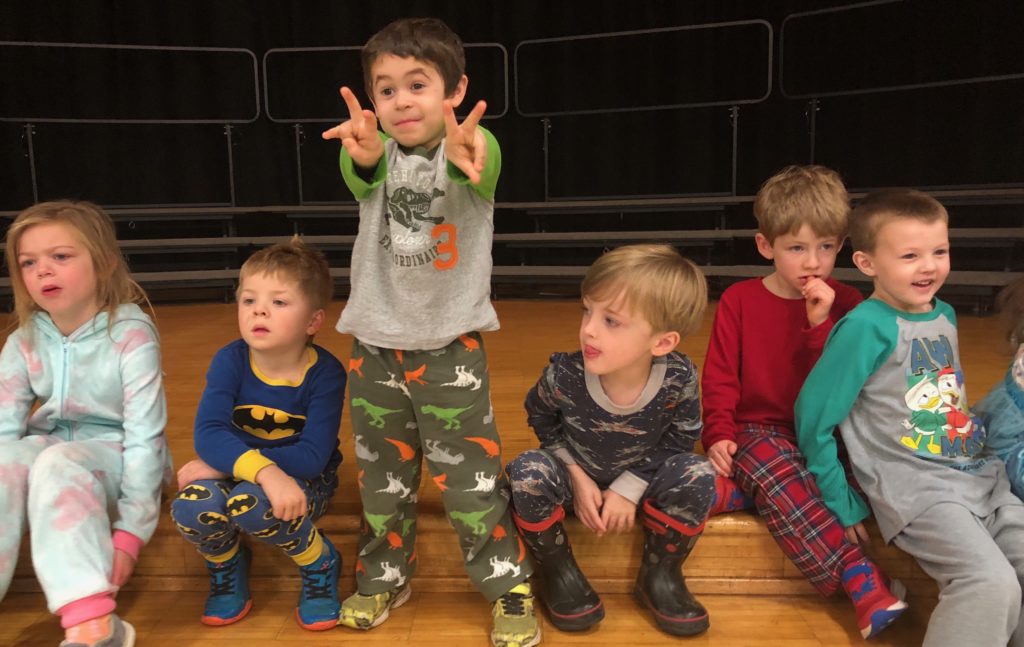