If the Ann Arbor Public Schools had a Hall of Fame, Martin Luther King Elementary’s National Blue Ribbon School for 2014 would be front and central, says Superintendent Jeanice Swift.

“It’s a really big deal. It shows that all students can achieve at high levels,” said Swift, who recently joined three King educators for the Blue Ribbon award ceremony in Washington, D.C., where 337 schools were honored.

For 32 years, the National Blue Ribbon Schools Program has recognized overall academic excellence and progress in closing achievement gaps among student subgroups as measured by their performance on state assessments.

This was the first time an AAPS school has won the award.

On Friday, the entire school attended a National Blue Ribbon Award Ceremony at King, where State Rep. Jeff Irwin (D-Ann Arbor) thanked the students for being “such fabulous and representatives of the community of Ann Arbor.”

Many dozens of parents attended Friday’s event, including Mary Jane Northrop, who has a fourth grader at the school, as well as an older graduate.

“It’s an exceptional place,” said Northrop, who is particularly fond of the range of extracurricular events and projects, including the Science Olympiad and the King Garden.

Pavi Parnal has two children at King, and says she’s impressed with the involvement of both parents and teachers.

Student Arnav Unadkat was one of three student speakers who took the microphone to talk about the school.

“King has had a big impact on my life,” he said. “In other schools, I might not have gotten the opportunity to dance in front of an audience … and I might not have had as many great experiences. It’s so much fun, and there are so many unique after-school events and activities, King proves itself to be much more than just a school. It’s a community.”

Swift reminded the children that winning the Blue Ribbon was equivalent to ranking in the top .0003 percent of schools nationally in critical measures of student success.

notable improvements in closing the achievement gap,” she said. “The award affirms the hard work of students, educators, families and communities in creating safe and

She said this high level of excellence doesn’t just happen. She said the King team works hard every day to make sure every student succeeds.

So just how did they do it?

After accepting the award in Washington, D.C. on Nov. 11, Principal Mary Cooper said the difference between a good and a great school is putting a little more into everything, which is what happens at King.

“I really think that everyone, including our children, do just a little bit more to make the difference,” said Cooper, who believes that the teachers’ high expectations have created a positive community of learners. “Our students are happy to come to school every day. They look forward to coming to school every day, and they’re motivated to learn because of the relationships our teachers have with every child.”

“I walked into a school that was in very good shape under Kevin Karr,” said Morhous, referring to Mitchell Elementary’s current principal, who had been principal at King for the six years prior to her three years there.

While re-enforcing much of what Karr had started, Morhous said she and the staff also formed data teams that frequently accessed students’ progress. They focused on just a few goals in math, science, reading, and writing, and did action research.

“We thought, `If we could get all of our kids to have quick recall of facts, would it increase their algebraic concepts?’”

“What we were free to do was look at the data and decide what we really needed to focus on. We really honed in how to do this quick recall piece. And then the teachers worked to try to figure out how to do that. What’s the best way to get the most struggling kids to master this? We used staff meeting time. And so every four to six weeks, they were looking at new data. Who got it? Who didn’t get it? Which teacher used what strategies? Which ones worked, which ones didn’t work?”

Over a three-year period, she said, the gains were huge.

Morhous said the Blue Ribbon award is the best imaginable way to end her career. 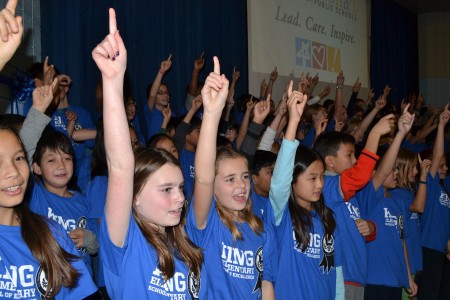 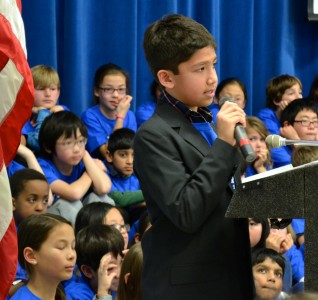 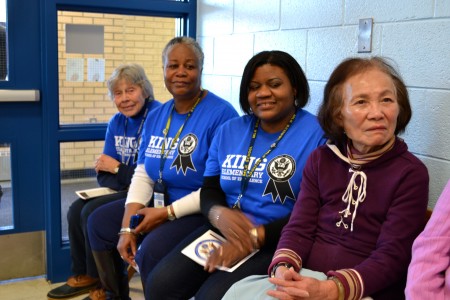 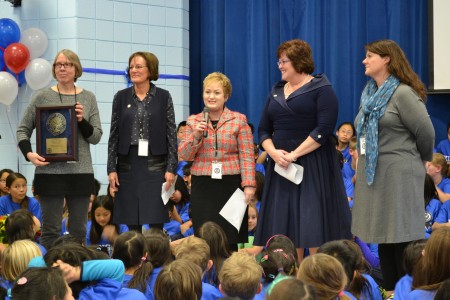 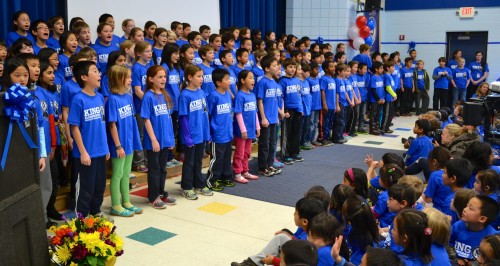 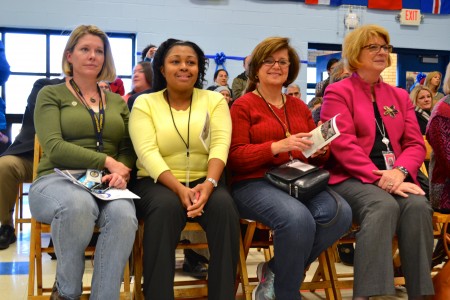 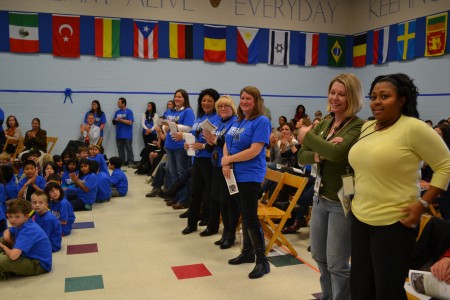 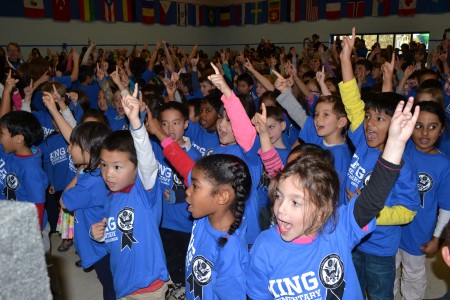 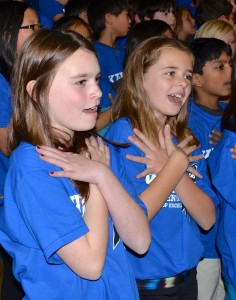 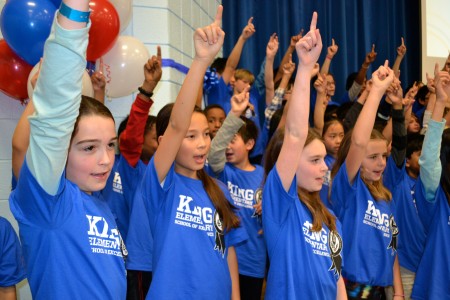 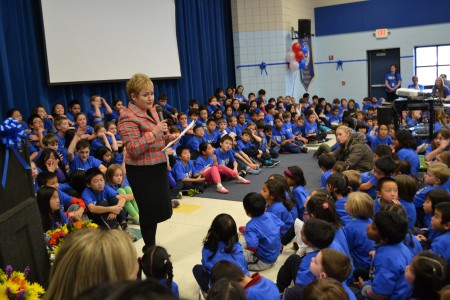 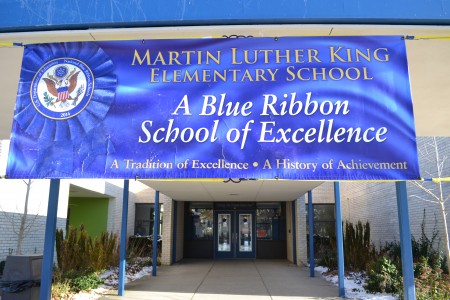 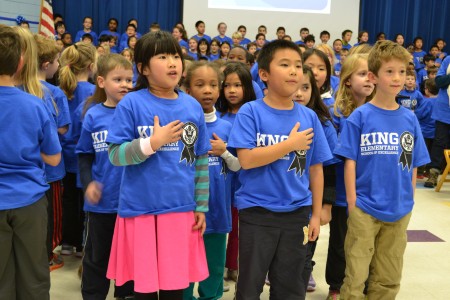