Spring break 2015 will be particularly memorable for 49 members of the Huron High School Symphony Orchestra as they head off for a 10-day performance tour of China.

The Chinese have built many concert halls in recent years and are eager to book North American groups to perform there, said Timothy Krohn, director of orchestras at Huron High School.

“A trip of this magnitude is pretty special,” said Krohn, noting that the musicians will be performing in five concert halls, not just touring. “What’s really special about this is that a lot of our students’ families, friends and connections are going to be over there to hear the Huron Orchestra … I’m really excited about the cultural exchange and what we’re going to be able to share musically, not only with people we’ve never met before but with some of our extended families.”

“But this is really cool because it’s a performance tour, not just a trip,” she said.

“And just getting to play with all my friends in these world-renowned places that we see and we’re like, `Oh, we’ll never get there. We’re just a high school orchestra.’ But it’s really cool to be able to experience that with people I’ve worked with for years.”

There will be no need to hire an interpreter there as some of the students and their parent chaperones speak Mandarin.

Violinist Ben Ratner said the orchestra will perform pieces they’ve been playing off and on since Interlochen Music Camp last summer. He said he looks forward to the opportunity to visit five different cities, but especially the chance to perform the music they’ve worked so hard on.

While Huron heads off to China, the Pioneer orchestras will be in Italy, the Skyline orchestras fly to Los Angeles, and the Community Jazz Band heads south to Tennessee.

Robin Bailey, the district’s fine arts curriculum coordinator, said such travel will help position students for the global world in which they live and work, and create memories that will last a lifetime.

“We are so privileged in the Ann Arbor Public Schools to have such excellent music ensembles who are invited to perform around the country and the world,” said Bailey. “It is an incredible opportunity for our young people to experience other cultures and to be ambassadors for AAPS, the community, the city of Ann Arbor, the state of Michigan and often for the country. “

Freshman violinist Katie Sesi has been practicing a few Chinese expressions after a Chinese-speaking parent came to class recently to give a few tips.

“A lot of the schools go to Europe, but we’re going to China, which is really, really unique,” she said. “I think it’s going to be really cool.”

The Ann Arbor contingency, which will include 13 chaperones, will be joined by a Canadian group on stage.

Dittmar and Alwin took the stage of the Huron Meyers Auditorium Tuesday night for the Huron Orchestra Farewell Concert to treat the audience to a taste of what they’ll be performing in China. 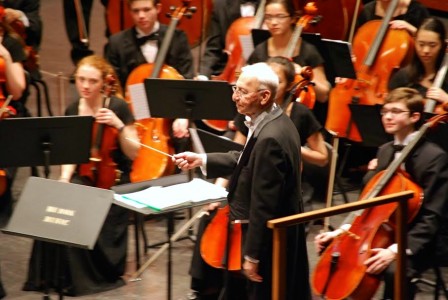 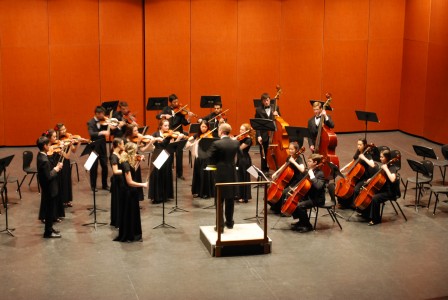 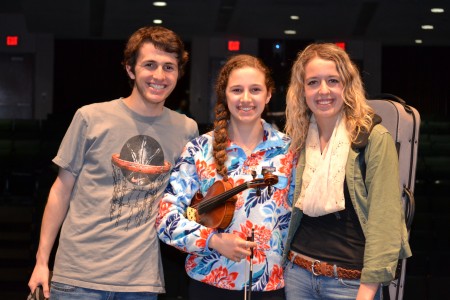