Editor’s note: Six AAPS high school seniors were recently named “Young Men of Promise” by the Delta Psi Omega Chapter of the Alpha Kappa Alpha Sorority. This is the first in a series of profiles of these young men, who were nominated by their school counselors.
These students were recognized during the chapter’s annual Celebration of Black Men Brunch which honors local African American men who have given back to the community through service in the arts, business/economics, community service, education, health and as a trailblazer.
“Throughout history, black men have continually been overlooked for their accomplishments and not given the appreciation they deserved for the wonderful, positive and powerful things they have done,” said chapter President Patricia Manley, an AAPS School Board trustee. “The goal of the Celebration of Black Men is to applaud these unsung heroes who have made a significant and/or unique contribution to our black community.”
Manley said the sorority decided to also honor  black high school students because too often the their accomplishments go unrecognized.
“We want to raise their self esteem and let them know their hard work is noticed,” she said, noting that so many African American students in AAPS are succeeding on many levels.
Charles Jones will graduate early and attend Central Michigan to pursue a degree in international business with a focus in Mandarin Chinese. He has been recognized by the NAACP for academics, as well as Alpha Phi Alpha for being an outstanding scholar.

What’s the best compliment you’ve ever received?  I was told that I am an amazing person who is a great leader on and off the field. They can’t wait to see me do “many great things.”

If you could have witnessed any event in history, what would it be?  I would want to witness the Harriet Tubman and how she was able to maneuver people through the underground railroad and create these secret passages. This was a great representation of innovation and the will for change and better life. I would take notes on her determination and grit.

Which AAPS staff members have made the biggest difference in your life?  One of the high school counselors in my school named Amy McLoughlin has had a huge impact on my life with introducing and accepting me to be apart of a restorative justice program.  During my senior year I decided to take African American Humanities, which is taught by Kay Wade and Tonya Whitehorn. They both have been very inspirational to me in helping me open up my eyes and explore my culture and past.

If you had a 10-year-old brother, what advice would you give him?  I would advise him to always take chances and to explore new things while you’re young. This is the time where you do new things and learn from mistakes. I explored a lot of sports when I was younger and was able to find sports that best fit me as a person. I was able to learn things from them that helped me develop as a man and as a person. I would also advise him to challenge himself in the classroom. Take a foreign language that seems hard and attack it. I took Chinese and I enjoyed the challenges it brought. Life is going to come with a lot of challenges but you have to accept the challenge and don’t ever be afraid of it. 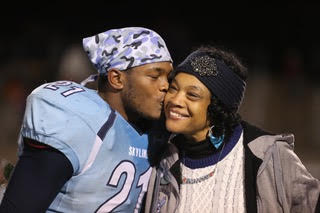 What were you doing in your last selfie? In my last selfie I was hugging my mom and giving her a kiss on the cheek.

If you could change the world …  I would find a way to spread wealth out so that everyone is able to have money and people wouldn’t have to be homeless. I would also want to have the world put more of an emphasis on mental health because it’s a big problem in the world that people over look and don’t take as seriously. 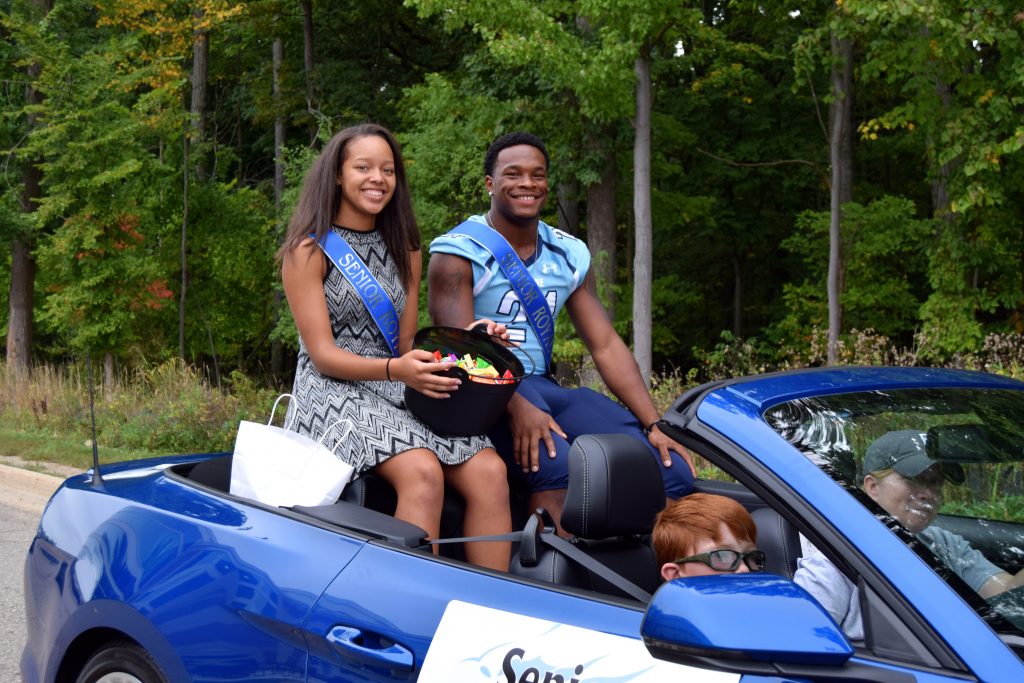