Rosa Wu wishes that she could have enrolled in one of the computer programming classes which have been added to the curriculum since she graduated from Huron High School in 2013.

“It’s awesome to see more computer programming courses being implemented at my high school,” said Wu, who is studying computer science at the University of Michigan. “I didn’t know anything about coding til I got to college. I wish I had.”

Wu was a volunteer Wednesday at her alma mater, helping freshmen get a feel for what coding is all about.

Freshman John Rackmil has participated in two previous Hour of Codes, so he was able to help his friends get started.

“It’s fun because you can create stuff,” he said.

Jennifer Colby, who is in charge of the event at Huron High School, says a goal of the entire AAPS media department is to expose all students to computer programming.

“The Hour of Code is a worldwide movement to get students excited about computer programming,” Colby explained. “Students work on a self-guided online coding tutorial. Once students see what they create right before their eyes, they’re empowered to keep going.

As the freshmen who filled the Huron media center on Wednesday prepared to learn how to code, Colby told them that it might seem intimidating, but anyone can do it.

“If Ashton Kutcher can write 99 lines of code, you can write 100,” she said, referring to the video she’d just played.

U-M sophomore Pascal Sturmfels said people assume coding as a scene in a movie where lines of flashing code cover the screen.

“This is a way to show people that anyone can do it,” he said, as he walked from table to table, offering guidance. “Anyone can make it happen.”

“Coding is a fantastic way to give kids the ability to feel powerful with their computer,” she said. “It also gives them the ability to practice step-by-step instructions, and to understand that their actions have a consequence in the world.” 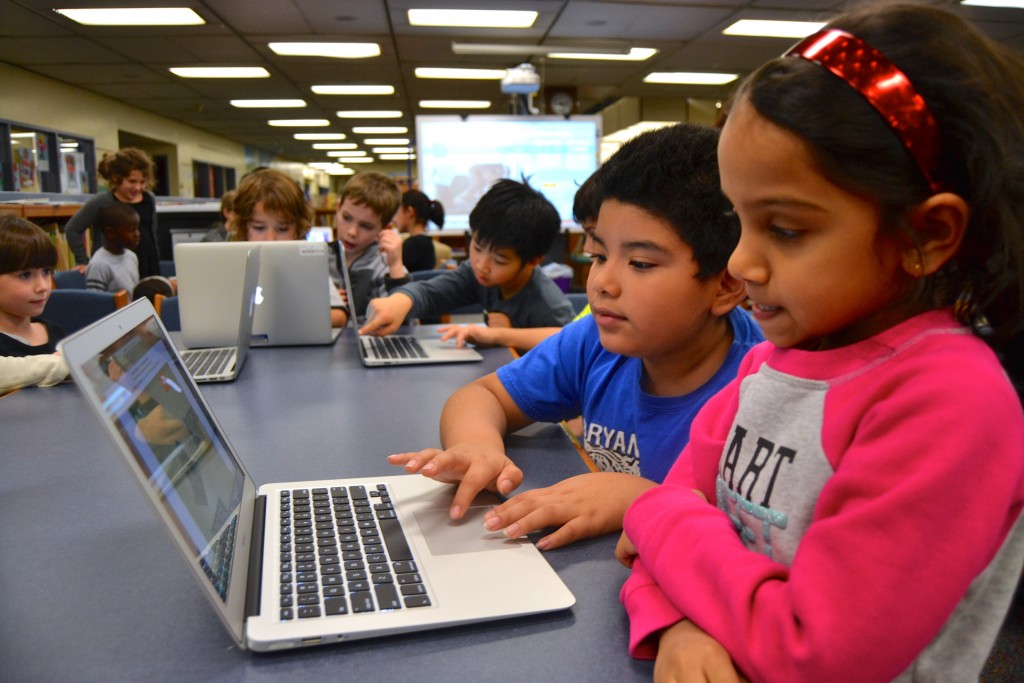 Parents can encourage their children to go to the Hour of Code website at any time to try a free online coding tutorial. 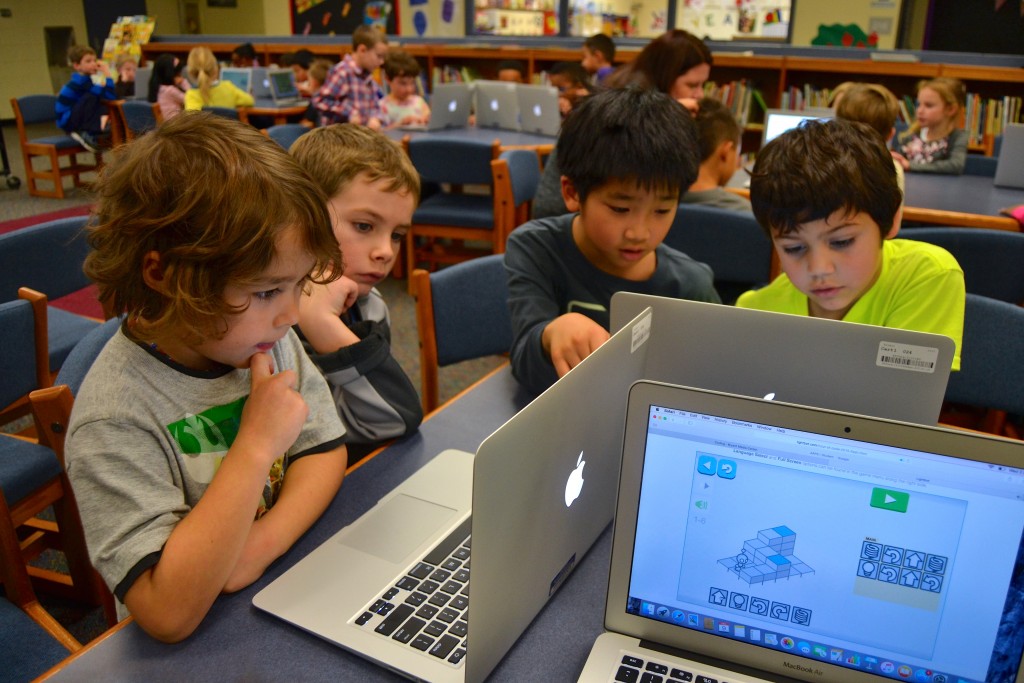