Ninety Spanish-speaking children in the United States and several other countries will receive cheery cards during their hospital stays, thanks to the second graders at Burns Park Elementary.

When the school’s Spanish teacher,  Chilo Digon, learned about Cardz for Kidz, a non-profit organization that provides handmade cards for children around the world who have been hospitalized or traumatized, she knew it would be a good way to promote both empathy and creativity. 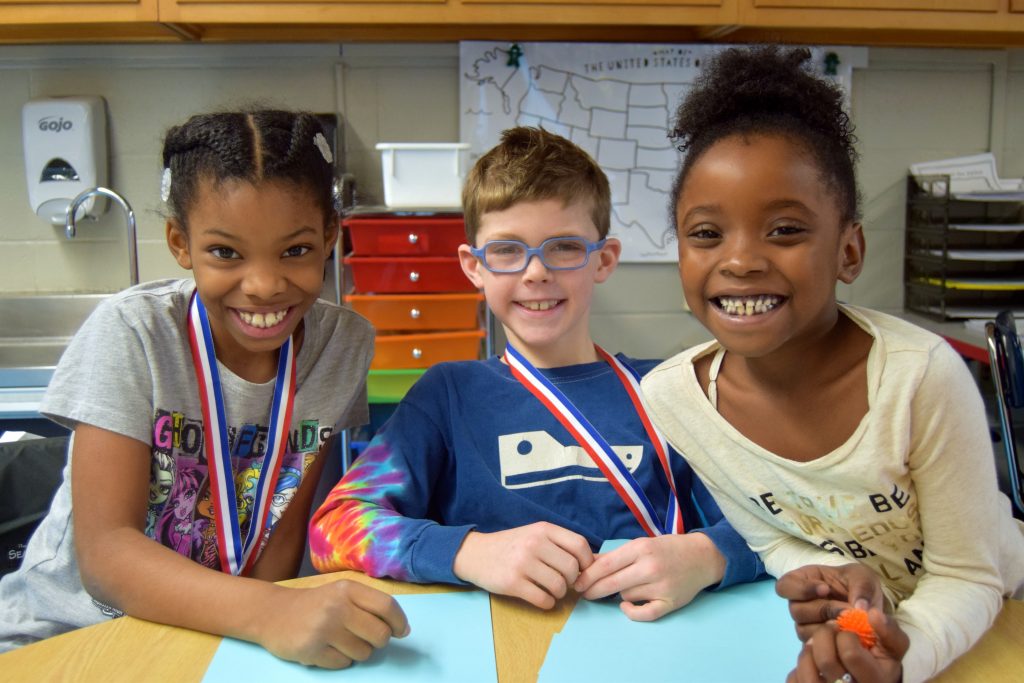 “I thought it might be something fun and inspiring for the second grades to collaborate with them and make a card in my class,” said Digon, who explained the program to the children, then passed out the materials and watched them create their cards.

In fact, the president and founder of Cardz for Kidz is Ike Nwankwo, a 2002 graduate of Pioneer High School who attended Haisley Elementary and Forsythe Middle School. He jokes that he went to 0-16th grade all in Ann Arbor—kindergarten through college.

Nwankwo began Cardz for Kidz in 2010.

“It’s a combination of my passion for kids as well as homemade artwork,” said Nwankwo, who now lives in Atlanta.

The nonprofit has received more than 30,000 cards from around the world. Nwankwo said he reached out to two retired AAPS teachers, including his kindergarten teacher, Judith Marans, and his high school Spanish teacher, Diane Kalata, who have each made and donated cards. In fact, Kalata has made more than 700 cards in her free time, which have reached kids across the U.S. and Mexico. 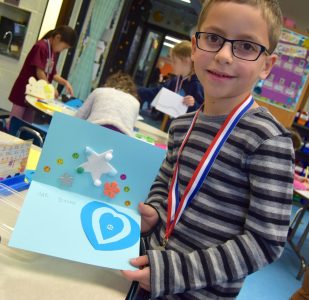 Because Cardz for Kidz wants the ailing children to experience some relief from their illness, they request that the cards not mention anything about the child’s condition or include words such as “Get well.”

Instead, Digon encouraged the students to write cards with friendly, happy thoughts such as ‘Me gustas,” which means “I like you.”