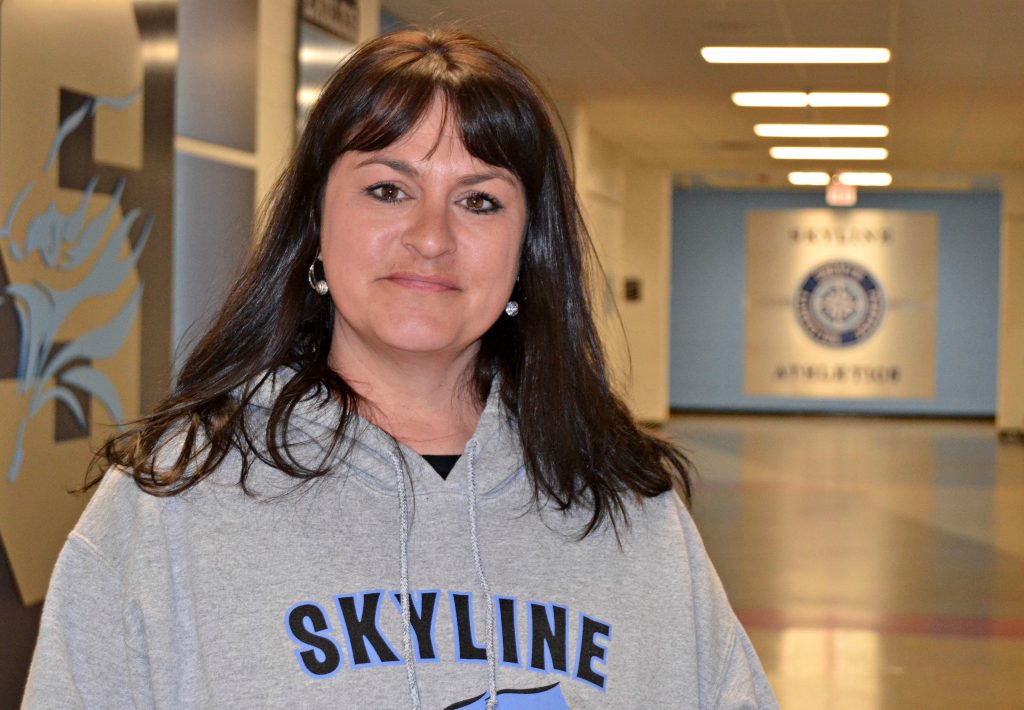 Nobody who knows Anne Bezeau would be surprised to learn that in addition to teaching health and physical education at Skyline High School, she also organizes three key social events there.

After all, as a Swartz Creek High School student in the late 80’s, Bezeau ran the pep rallies and served as class vice president and on the Student Council. And when she joined a Central Michigan University sorority, she kept Greek Week hopping.

“It’s always been my thing,” said Bezeau, who is in charge of Skyline’s homecoming in the fall, winter fest during basketball season, and prom in the spring.

Now that the Big Three Events of 2016-17 are history, you might think Bezeau can take a breather.

Next year is Skyline’s 10th anniversary, and she’s already thinking of ways to celebrate that in a big way, and wondering how to welcome back alumni at homecoming in an extra special way.

“She goes above and beyond daily to ensure that our students have voice and involvement in their school,” he says.  “In addition to being an exceptional teacher, she is an exceptional organizer, event planner, and facilitator of student empowered work. “

During peak periods when she’s busy with homecoming, winter fest or prom, she’ll spend evenings on her computer. Luckily her husband,  Brad, who is principal of Saline Middle School, understands the workload of an educator.

Bezeau plays an important role at Skyline both behind the scenes and in the classroom, where her health class covers some crucial topics of relevance to teens.

“I really think it’s one of the most important topics our kids take,” she says, referring to mental health, alcohol and drug addiction, suicide awareness, and other topics covered in her state-mandated classes.

Just the day before, a student came up to her after class and expressed concern about her friend’s suicidal thoughts. So the next morning at 7:15, Bezeau got her connected with a counselor in order to get her friend professional counseling.

That same day, another student said she couldn’t sleep or concentrate.

“It’s such a hot topic in society: How are we going to fix these things? And we have this outlet of this class.”

She says high school health teachers help students know where to find resources if they’re struggling; how to know it’s OK to say, “I can’t do this on my own.”

But she said too many don’t realize the importance of health education in the high schools.

Some kids take the health course online, but Bezeau isn’t sure that’s best for all.

“When I’m going over the depression stuff, I see body language and facial cues from students,” she says. “I see a student walking out of the room with tears rolling down their face. I see this kid is in some sort of crisis. Our concern is that with the class on line, there’s no one there catching these kids and they’re going to fall through the cracks.” 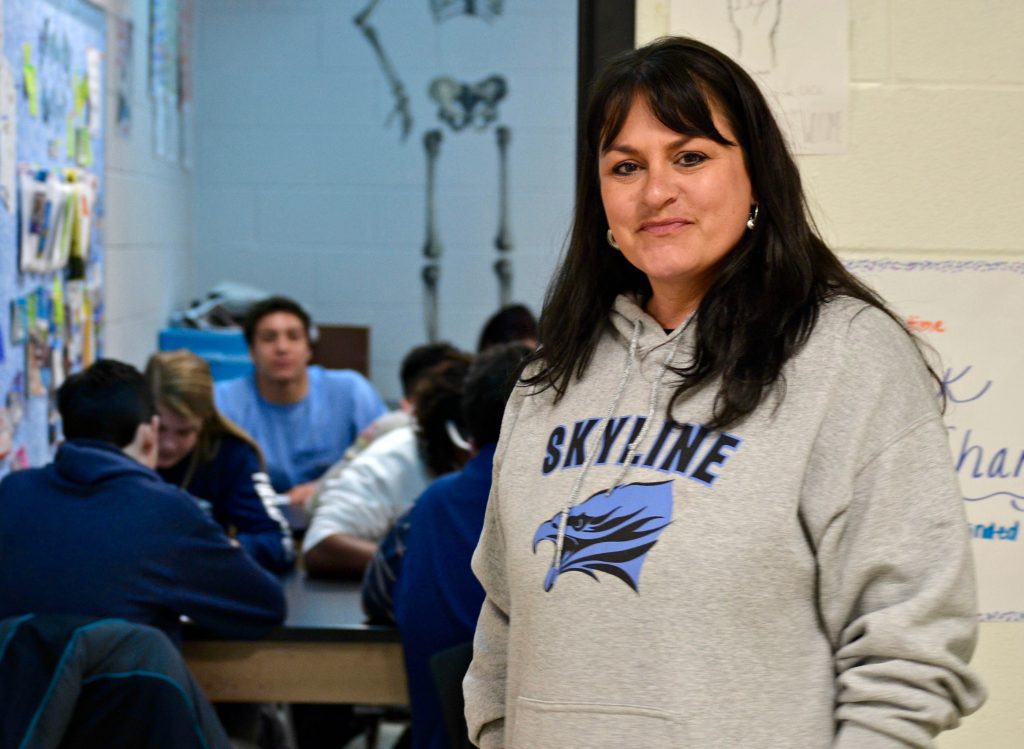 Bezeau taught at Monroe’s Jefferson High School for several years right out of college.  During a year as a stay-at-home mom with her second son, she realized she’s not stay-at-home material.

So when she saw a posting for a health education teacher at Huron High School, she applied and got the job, then worked there starting in 2005.

In the fall of 2009, she joined Skyline in its second year. Joining a newly created staff was a rare opportunity for someone who genuinely likes to get involved.

In the fall of 2009, she joined Skyline in its second year. Joining a newly created staff was a rare opportunity for someone who genuinely likes to get involved, she says.

“Because we were a new building, it was the best opportunity in the world to create our own climate and culture,” Bezeau says. “So those first two or three years, everything we did was student-generated, student-created.”

That included creating the crest, logo, class colors, powder puff football games, and many other traditions that remain today.

These past few years, Bezeau has become active on social media, frequently tweeting for Skyline.

How long can she keep up the pace?

“Hypothetically until I retire when I’m 62,” she says. “That’s my goal. By then my kids will be in their late 20’s and by then college will be down and they’ll be into their adult life. But I’ll probably have to find a retirement-type job or career.”

Meanwhile, she’s loving what she does and has no intention of slowing down.

Principal McElmeel sums it up: “Anne is more than a teacher.  She is the heart of Skyline.”