“Our Lives Matter, Our Votes Count,” was the theme of Sunday’s 2016 Freedom Fund Dinner, where 139 African American AAPS students were honored for academic excellence.

The annual fundraiser sponsored by the Ann Arbor branch of the NAACP recognizes African American students in AAPS who have maintained a 3.2 grade point average or higher over the most recent academic year. 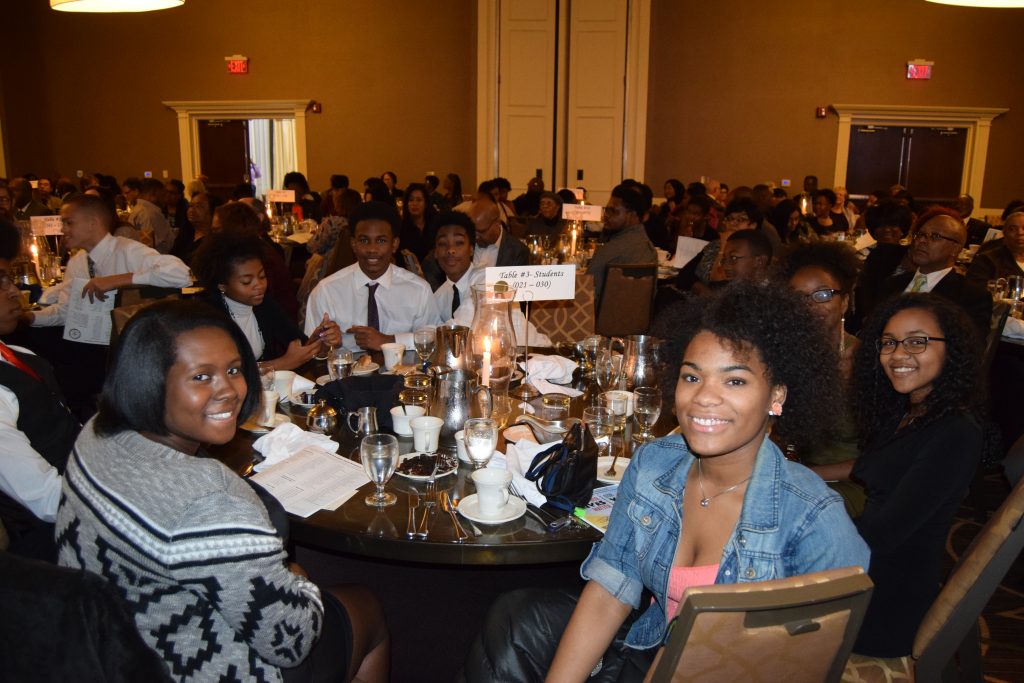 The evening’s speakers were four of the student honorees: Michaela Glenn of Huron High; Anton Kellom of Pathways to Success Academic Campus; Langston Laramore-Josey of Pioneer High School; and Brandon Wade of Skyline High School. Each encouraged their parents and other adults in the audience to get out and vote on Tuesday. 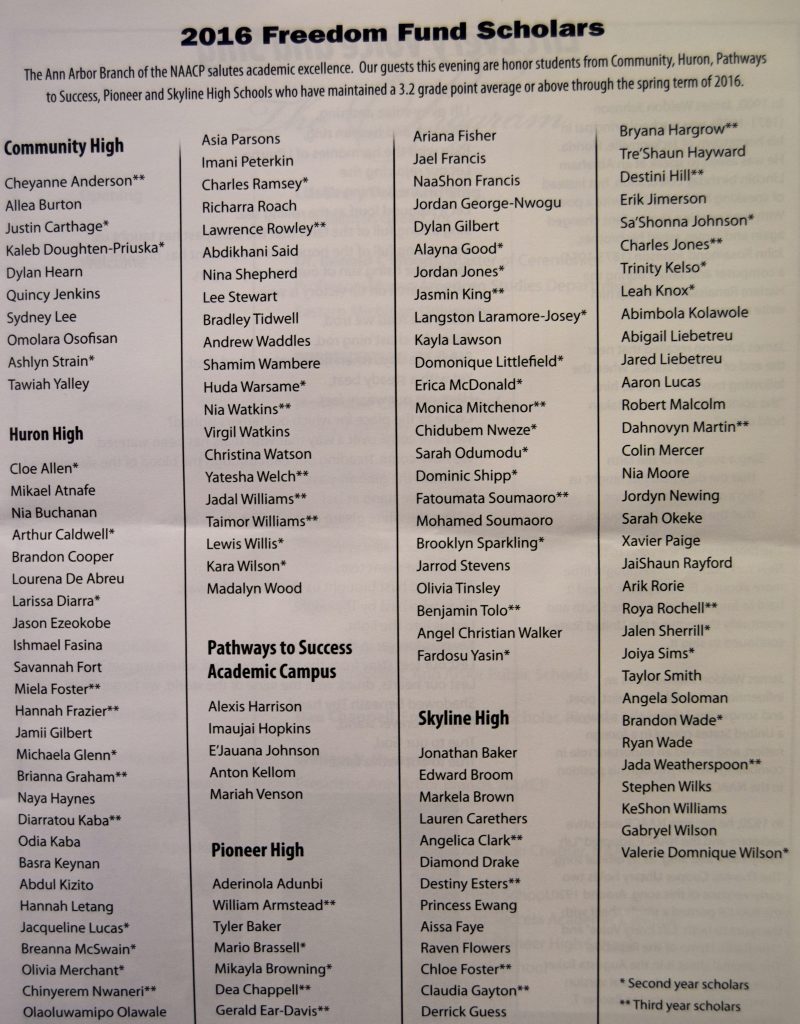 “This presidential election may be the most important election in modern time,” said Michaela Glenn. “We have not only the opportunity, but the obligation to cast our votes and have a major influence on the direction our country will take.”

Skyline junior Brandon Wade talked about being a black kid in Ann Arbor, where he said it’s easy to become indifferent about the deaths of black youth around the country.

Referring to the recent murder of Pioneer High School student Jordan Klee—who was a 2015 Freedom Fund Scholar—Brandon said the death was covered by the media and talked about for “about a day and a half” and then seemingly forgotten.

“Imagine if this very unfortunate incident would have taken place in a predominantly upscale neighborhood like Polo Fields or       Walnut Ridge,” he said. “Would that have mattered a little more?”

Also in attendance were AAPS officials, local public officials, and representatives of local businesses and organizations.

“They happen as a result of the partnership between home and the community and the schools,” she said.

Swift reminded the scholars that they serve as examples to their younger siblings and other young people.  She also said that there is still lots of work left to do, and these scholars will be the next generation to lead that work.

“As you look around Michigan and across our country, we have a lot of need left to work on, don’t we?” Swift asked. “When we see the rate of high school graduation, the rates of incarceration and poverty and access to quality public schools, and the situation with our black and brown and poor children, we know we have work left to do. So that’s why we are delighted that you’re Freedom Scholars this evening, because you will pick up this work and move it forward.”