In Ann Arbor, kids can choose from among about 200 Rec & Ed day camps that include something to suit every interest.

Eileen Bigham has been the director of Rec & Ed’s 39 Hooked on Fun Camps for 19 years.  These interactive, focused camps started in 1997 with Writing Camp, where children wrote and illustrated their own books. That led to the Harry Potter Camp when that genre became so popular. 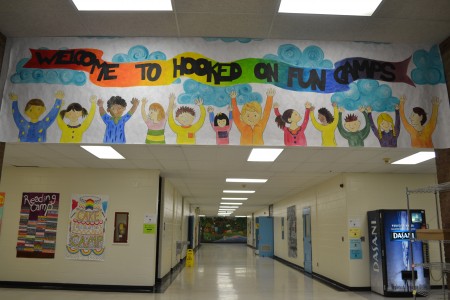 “We still have 100-plus kids who come to Harry Potter Camp every summer,” said Bigham, who recalls the year her identical twin sons dressed up like the Weasley  twins while she dressed as—who else?—their mother.

The Eastern Michigan University quidditch team showed up on the last day of camp to teach campers how to play the game. Campers also built their own Diagon Alley and put on a Harry Potter musical for their parents.

Three or four Hooked on Fun camps geared for grades K-8 are held every week all summer at Forsythe Middle School.

Particularly popular every year is Restaurant Camp, where kids take field trips to local restaurants every day, critique the experience, learn about healthy foods, and at the end of the week, start their own restaurants.

Many students enroll in several weeks of camps, allowing a wide range of new experiences.

“What we’re really trying to do is bring out creativity in kids, while enriching their academic and project-based learning over the summer,” said Bigham. “And they just have a lot of fun.”