The exhibit opened with a reception and awards ceremony attended by a crowd of around 250 people on April 24, and was then open to the public the following week.

More than 300 pieces of art were submitted for the show from 12 area high schools, including Pioneer, Huron, Skyline, Community and Pathways for Success. The art was juried by Sabrina Nelson from the College of Creative Studies. Sixty pieces were selected for the exhibit featuring a diverse representation of media, including jewelry, ceramics, printmaking, and photography.

Prizes totaling $600 were awarded to the following artists:

As with all programs at Neutral Zone, Potential was teen driven. A youth advisory board of seven teens—all AAPS high school students—met weekly with Neutral Zone’s visual arts coordinator, Mary Thiefels and Steve Coron, art teacher at Community High School, who served as the teacher liaison. The group planned, promoted, installed and worked the show which they renamed “Potential in Exile”.

New this year was a free matting workshop sponsored by Format Framing for teen artists and teachers. 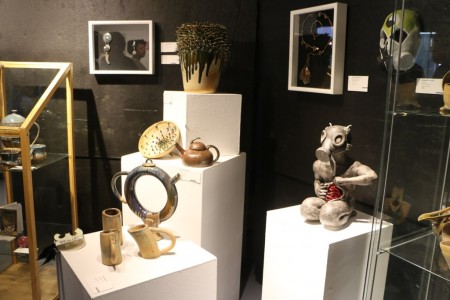