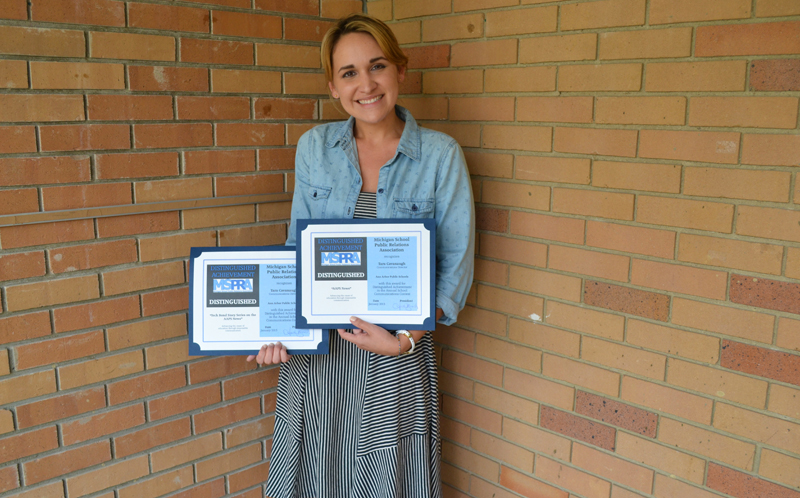 The AAPS News is thrilled to announce that the district and AAPS News Editor Tara Cavanaugh have received four awards from the Michigan School Public Relations Association’s annual Communications Contest.

Entries were judged on a 1,000-point scale. Entries earning over 930 points earned Distinguished Awards; entries earning between 830 and 929 points were given Commendable Awards.

A series of briefs including: Pioneer Theatre Guild does “Hairspray;” student numbers up this fall; Community High raises dollars for Food Gatherers. […]

The forum/interviews are scheduled for 6-8:30 p.m. at Pioneer High School. The Ann Arbor Board of Education will conduct final candidate interviews beginning at at 9:30 a.m., Saturday, March 5, in the main conference room at the Balas Administration Building, 2555 S. State St. The board will begin deliberating at noon Saturday to consider appointment of a new superintendent. […]