If it hadn’t been for the weather-related school cancellations, Feb. 11 would have been the 100th day of school for Ann Arbor Public Schools.

At Bryant, the kindergarten teachers decided to celebrate it on Valentine’s Day so that they could combine the parties rather than have two party celebrations during the same week.

That’s why you may have seen some 100th Day celebrations on Monday or Thursday. And why there may still be a few to come.

Bryant kindergarten teacher Deborah Joseph dressed up for the occasion and says she was inspired by her student, Eli Teeter, who broke his leg
skiing recently and has been using his “old man walker” (as he calls it) for the past three weeks. 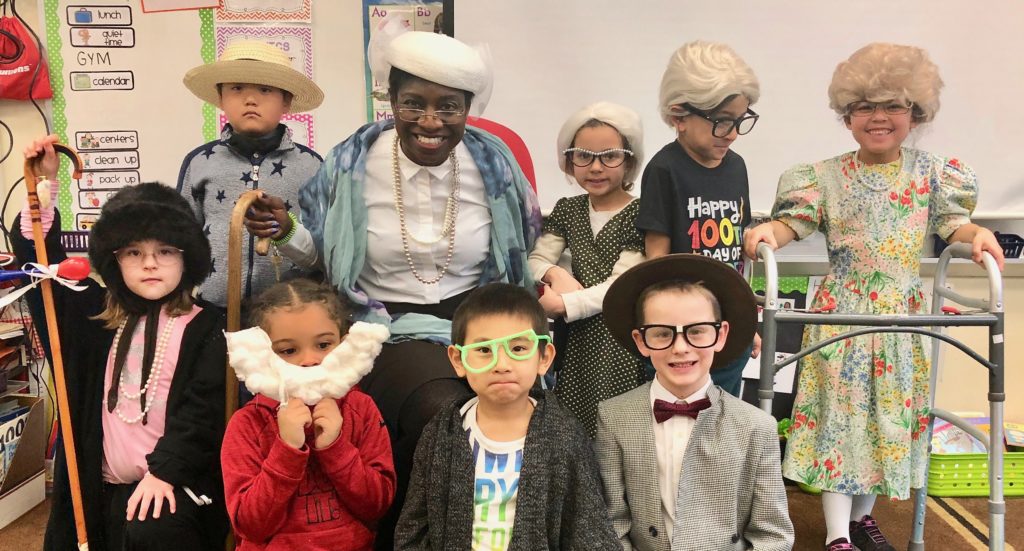 Eli was at the doctor’s office getting his cast off during the making of the video above, but here he is later in the day: 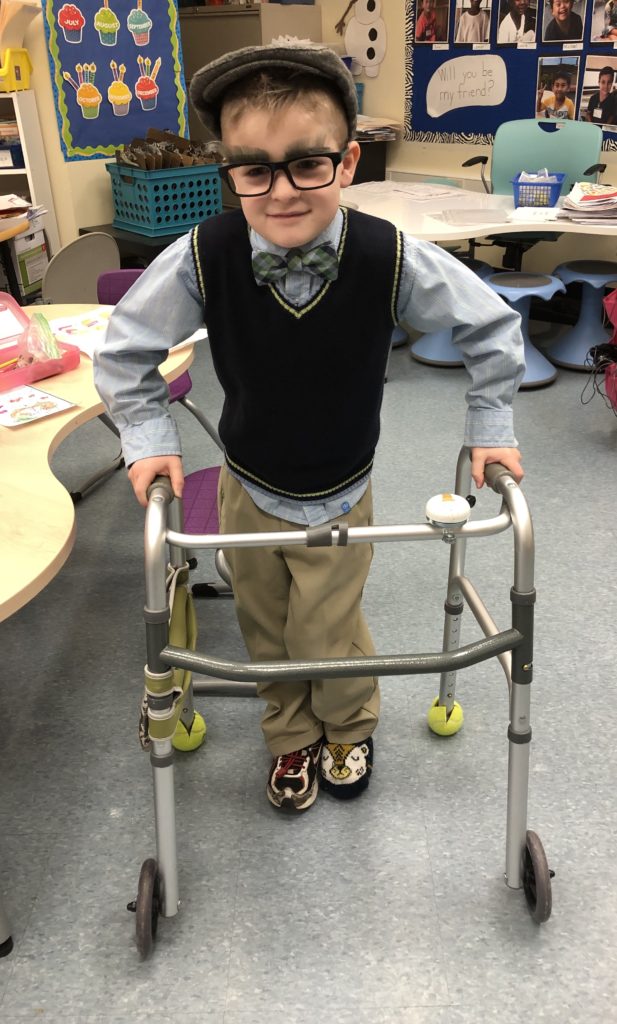