After viewing the critically acclaimed “The Infamous Future: The Untold Story of New York’s Eagle Academy,” in the Skyline High School auditorium, the teachers and administrators took part in a Q & A with John Campbell, the film’s writer/producer, before breaking into school teams for discussion. 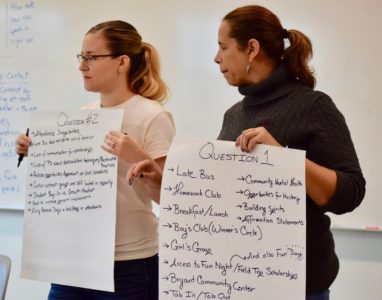 “The documentary provided a point of reference by highlighting educators who have collectively created school models that specifically support African American boys and boys of color in performing at high levels,” she said.  “It was very exciting to have John Campbell personally share the story of `The Eagle Academy’ and also have AAPS teachers interact with him during the Q & A.
“‘The Infamous Future’ portrays one of many success stories in the field of education. AAPS teachers left feeling inspired by the message and were intentional when discussing next steps for engaging AAPS students through culturally responsive teaching and learning.”
Clague Middle School Principal Che Carter said he appreciated another chance to discuss the important topic of equity.
“Anytime you get three middle school staff from all over Ann Arbor together, it’s an awesome opportunity to create a different level of energy in the room,” he said. “I hope this is another beginning to create opportunity to better serve our black and brown students.” 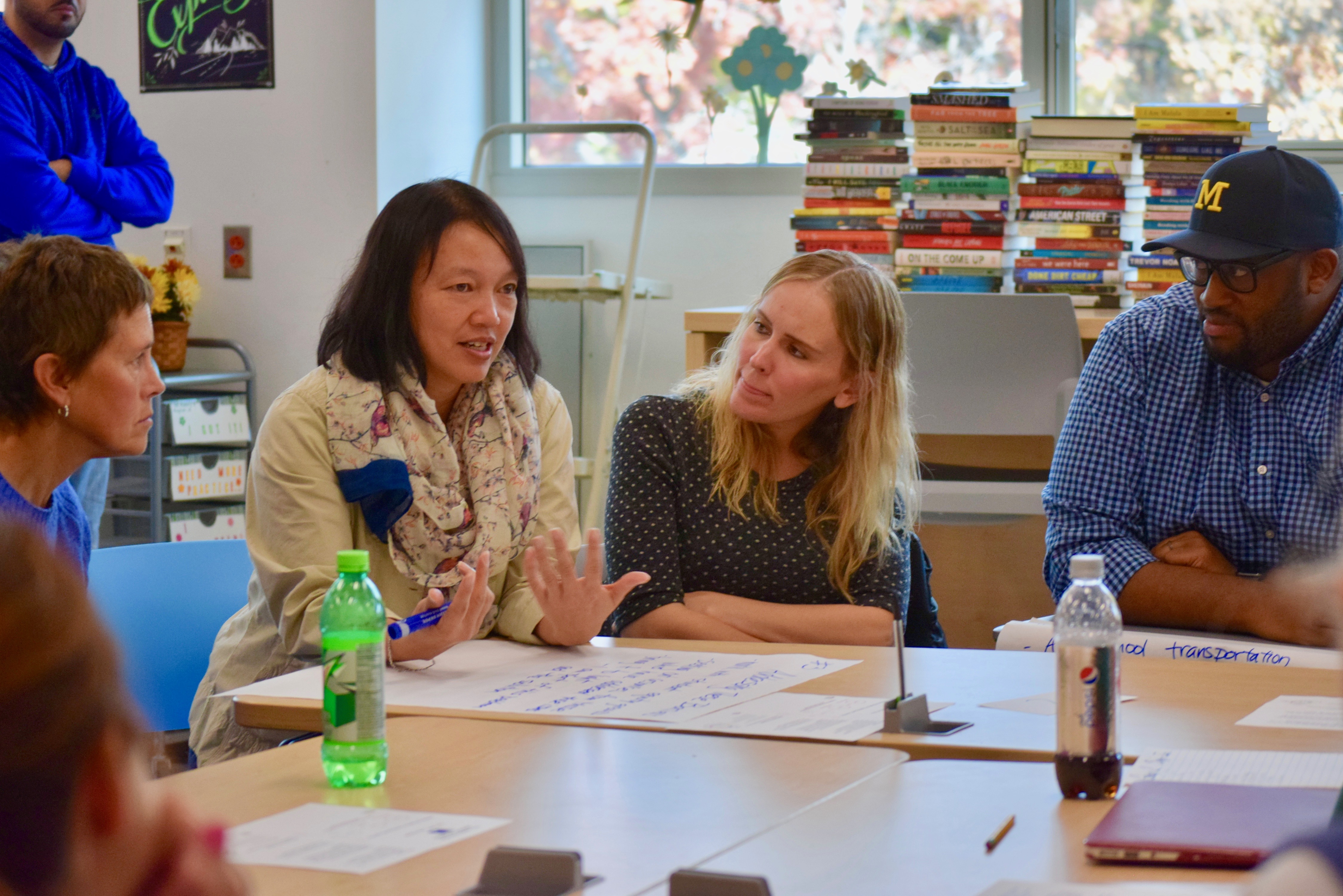