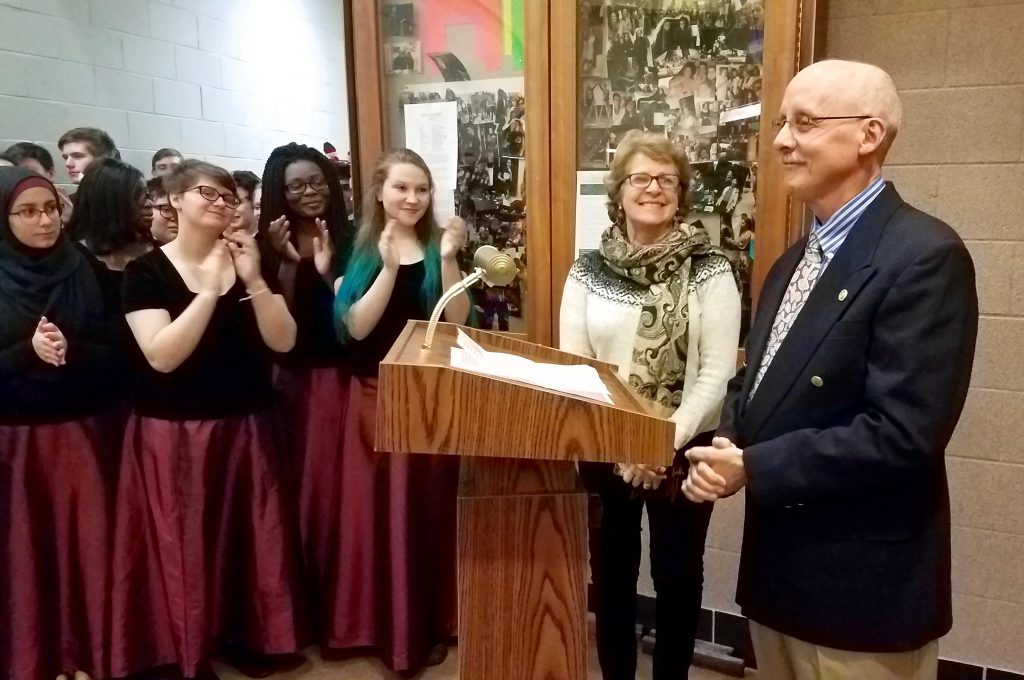 For 39 years, Richard Ingram—better known as “Doc”—taught choral music to Huron High School students. And now, with the unveiling and dedication of Huron’s Little Theater as the newly named Richard E. Ingram Theater of the Performing Arts, his influence will continue for many years to come.

The AAPS Board of Education in June approved naming the Huron Little Theater “The Richard E. Ingram Theater of the Performing Arts.” Last night it became official during a dedication plaque unveiling, choir concert, and reception.

Having a theater named after oneself is a humbling experience, Ingram told the crowd gathered at the unveiling. He said Huron High School will always be part of his DNA.

“To be allowed to follow your passion for 42 years is truly a blessing,” said Ingram, who graduated from Pioneer High School in 1970, and began working at Huron High School after he graduated from the University of Michigan and taught at Carpenter Elementary for three years. “Together, we forged an artistic experience that has branded all of us forever.” 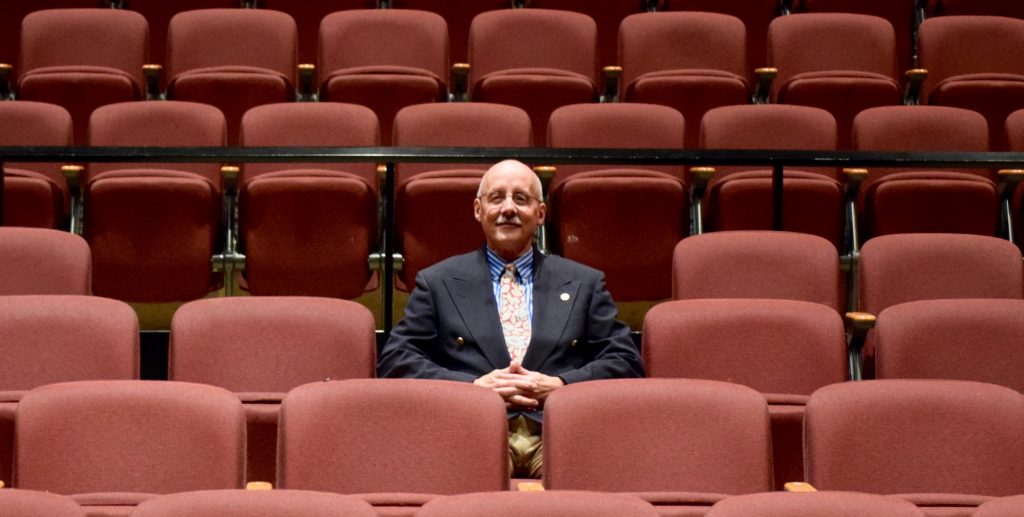 Noting that inventing art is hard work, Ingram said that one of the keys to success in life is to improve yourself every day, whether you’re a musician, actor, techie or humanities student.

“Together we have developed a culture of artistic and scholastic excellence at Huron High School,” said Ingram, who retired in the spring. “Every person who walks through these doors is part of that history. To maintain that standard of excellence for future River Rat generations means that we must all dedicate ourselves every day to bring our best efforts to the cause.”

Then he quoted Bo Schembechler, who said: “Those who stay will be champions.” 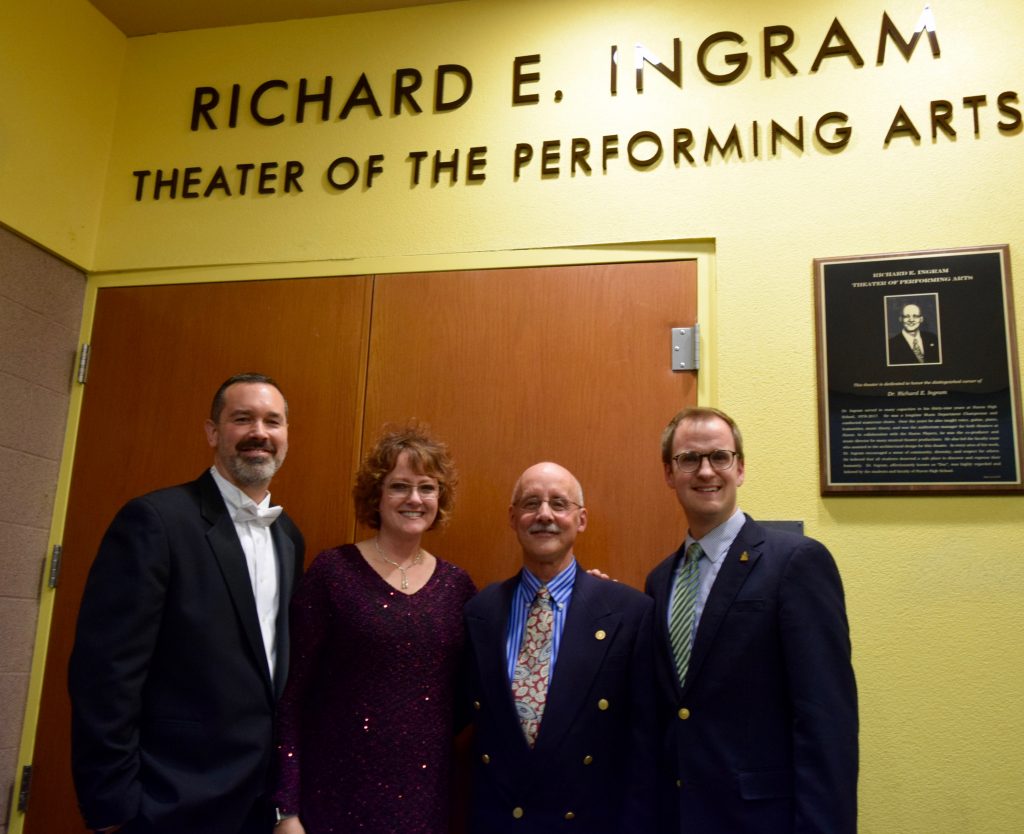 “We have had more than our share of success at Huron over the years,” he said. “In my experience, the real fun has been digging into that new piece of music, or drama, or philosophical work and figuring out what the creator of that piece of artistic expression is trying to say to the world.”

Huron Orchestra Director Timothy Krohn noted that Ingram conducted numerous choirs over the years, and served as the longtime Music Department chair. Ingram also taught voice, guitar, piano, humanities, music theory, and was the auditorium manager for both theaters at Huron. In collaboration with the Huron Players, he was the co-producer and music director for many Huron shows over the years.

“In every area of his work, Dr. Ingram encouraged a sense of community, diversity and respect for others,” said Krohn. “He believed that all students deserved a safe place to discover and express their humanity.”