For Huron High School senior Lilia Popova, science is magnetic, drawing her in at every turn. A glimpse of the northern lights inspired her to study whether magnetic fields could influence plant growth, and if there is a way to harvest that energy.

That research is taking her on a trip to Washington, D.C. in March to compete in the final stage of the Intel Science Talent Search.

The Intel STS is the most prestigious pre-college science competition in the country. Participants are judged on their original scientific research, achievements and leadership. It attracts an elite bunch: STS alumni have gone on to win seven Nobel Prizes, two Fields Medals, five National Medals of Science and 11 MacArthur Foundation Fellowships.

More than 1700 students across the nation entered the competition this year, and Lilia is one of just 40 finalists competing for $630,000 in awards. The top winner receives $100,000 from the Intel Foundation. 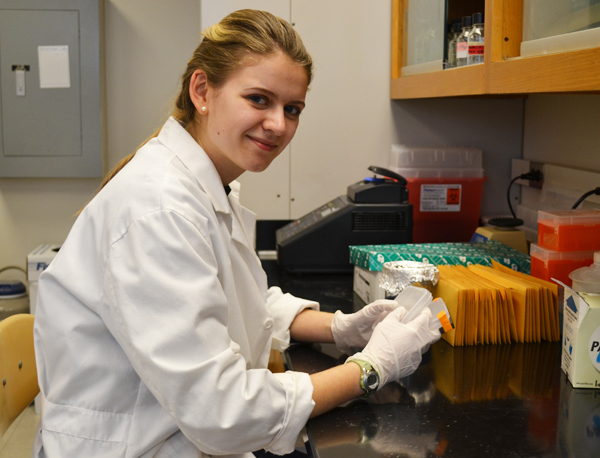 The STS final stage lasts a week and is a measure of potential. Lilia will answer questions about different areas of science from a committee of 12 judges, each renowned in his or her field of study. It is a test of contestants’ problem solving skills and breadth of scientific knowledge.

It’s also an opportunity to meet political leaders, executives and scientists.“The finalists in past years have met President Obama, members of Congress, and people who lead the Intel Corporation and many other companies,” Lilia said.

“I’m definitely nervous about that, but I’m also very excited and honored.”

Lilia’s project is called “Elucidating Environmental and Genetic Mechanisms of Magnetically Altered Plant Growth.” It focuses on a form of non-ionizing radiation called static-magnetic fields and its effects on the growth and development of plants.

Lilia developed this research over two years, competing in local, state and international science fairs. She won first place in the botany category at last year’s SE Michigan Science Fair, she went on to win the Grand Award at the Michigan State Science Fair, and then she took third place out of sixty at the Intel International Science and Engineering Fair.

Lilia pitched her research to the University of Michigan last summer, and now the university allows her to use its labs for her research ten hours every week.  She receives credit from Huron for an internship. 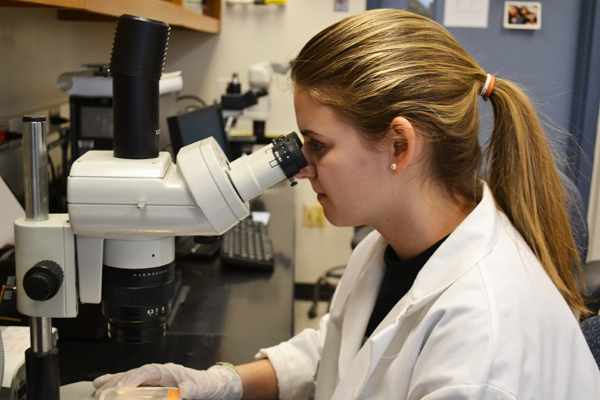 “I’m excited to share my results with other people in the scientific community,” Lilia said. She is hoping to publish her research in a scientific journal.

Lilia will head to Stanford this fall, which was her top choice for college. She wants to study biology and earth and environmental science, but she’s interested in many different fields.

“I have a lot of passions,” she said, “and I think what’s important in science is to be interdisciplinary and to think about things in new ways.”

Lilia is already demonstrating her ability to think about science in new and interdisciplinary ways in her research. She had already been interested in sustainable agriculture and climate change when she saw the northern lights two years ago. The dazzling light display, caused by Earth’s magnetic field directing charged particles into the atmosphere, made her wonder how plants could be affected by magnetic fields.

Lilia’s love of science was sparked by the Harry Potter book series. “It pushed me to ask questions,” she said. “I was really curious as to why some of the things I saw in movies or read in books couldn’t happen in real life.”

She wants to encourage young kids, especially girls, to get involved in science and even to pursue it outside of school. “I think every child is interested in science because everyone is curious,” Lilia said. “Everyone asks questions about the world.”

Eighty one Ann Arbor high school students were honored Saturday at the Freedom Fund Dinner, sponsored by the Ann Arbor Chapter of the NAACP. […]