Below: Ann Arbor students to learn about climate change at April summit

You can bring her out of the field and into the classroom, but you can’t take the science out of Robin Frisch-Gleason.

The Bach Elementary School teacher left a career as a geologist to teach 11 years ago, but she hasn’t lost her love of science and climate issues, which she continues to share both in school and in the community. She presently teaches the fourth grade at Bach, where she brings her science into the classroom wherever possible.

Twenty-five years ago, Frisch-Gleason visited Antarctica to do her master’s thesis, and then returned there in October 2007 for 10 weeks with ANDRILL, the Antarctic Geological Drilling project. She was part of ANDRILL’s educator program – ANDRILL Research Immersion for Science Educators – where she not only shared updates on the field expedition with students throughout southeastern Michigan, but also had a hands-on opportunity to participate in core sampling and testing.

‘It has been quite a ride. I am constantly reminded of how very small and insignificant I am in the greater scheme of things. People will come and go, but Antarctica’s natural processes will carry on with little regard for our presence. Nature rules on this continent – and we are merely passing visitors.’
– Robin Frisch-Gleason, in a final blog entry posted before leaving Antarctica in December 2007. To see her full entry and blog, click here

“I had always been fascinated with the polar regions. It’s something I feel incredibly fortunate to be a part of,” she said. “I was fortunate to be able to go and I have an obligation to share that experience.”

ANDRILL is a research collaboration of more than 200 scientists, students, and educators from the United States as well as Germany, Italy, New Zealand and the United Kingdom. Scientists on site drill back in time to discover glacial and interglacial changes in the Antarctic region. They take samples offshore of the continent, removing and analyzing sediment core from below the ocean floor. “Different layers tell us different things,” she explained.

Her classroom and the Ann Arbor school community followed Frisch-Gleason’s progress in 2007. Before leaving on the trip, she visited classrooms and about 2,000 students around the district and called in with regular reports from the ice.

“They felt, through me, that the polar areas were accessible,” she said. “They realized that they can do anything, that our Earth is fragile and that … they will be our future policy-makers and they can make changes.”

Fellow fourth-grade teacher Carol Tarchinski works closely with Frisch-Gleason, who she said is always willing to share and has kept students interested since returning from her Antarctic trip.

“It seems like she’s done something every year to extend the kids’ learning here,” Tarchinski said, adding that Frisch-Gleason organized a pen-pal exchange with a teacher in New Zealand and has continued her outreach into the community.

“I think the students definitely understand her heart and soul is in it,” Tarchinski said. “They begin to embrace it too. She knows these little ones will be the ones to make a difference in the future.”

Frisch-Gleason has continued to do outreach talks about Antarctica, the drilling projects (ANDRILL just received funding for another one in 2013) and how the science discovered there can assist the world in approaching climate change. This winter, she trained teachers in preparation for a spring summit for students. Eight Ann Arbor schools will be represented at the April 24 event at The University of Michigan.

Although climate change was not discussed much during her 1985 trip, recent discoveries have made her ongoing study of Antarctica even more important. “This is a wake-up call and I feel compelled to share that,” she said. “Children can make a difference and even educate their parents.”

Only a handful of teachers, including Frisch-Gleason, have been embedded with the scientists in Antarctica since 2005 and only 14 were part of the 2006 and 2007 drilling expeditions to the planet’s southernmost continent.

Louise Huffman, ANDRILL coordinator of education and outreach, traveled with Frisch-Gleason on the 2007 trip and supervised the group.

“Robin is a great teacher,” she said. “She knows what children need to get motivated. She knows how to teach complicated concepts to young children. She can explain science in a way that breaks it down even more.”

Huffman noted that even Frisch-Gleason’s non-ANDRILL projects, such as helping start a school compost pile and Bach’s Green School conservation activities, tie in with conservation themes and global warming.

Frisch-Gleason’s classroom does not suffer due to her community work, far from it. She is just starting an after-school Future Scientists Club at Bach. Fourteen students from both fourth-grade classes are taking part. “ I love working with the younger kids, “she said. “I feel really passionate about it. They’re going to become our future scientists, professors, policy makers, consumers, and voters – whatever they’re excited about, I will support them.”

As part of Frisch-Gleason’s travels, she wrote a children’s book featuring a time-traveling worm that travels through the Antarctic substrate back in time then moves into the future as it focuses on current climate events. Her daughter, Maia Gleason, illustrated it.

Huffman said ANDRILL is considering publishing a Web-based version of the book. 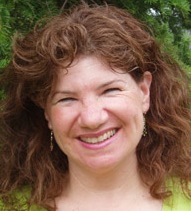 Residence: In the Dicken neighborhood of Ann Arbor.
Education: Bachelor’s degree in Geology from Oberlin College and Master’s of Science degree in Geology from Vanderbilt University.
Age: 49
Family: Married to James Gleason, a science professor at The University of Michigan. They have two daughters, Maia, 17, who attends Pioneer High School, and Ivy, 13, who attends Slauson Middle School.
Pets: A cat, Buddha.
Hobbies: Plays the guitar, sings and also loves to write. She is currently trying to get published her children’s book “Leroy’s Antarctic Adventure,” based on her travels to Antarctica.
Community service: She is active with the Antarctic Geological Drilling Project, known as ANDRILL, as well as ANDRILL’s classroom project for teachers. In addition, she also is active with the Bach Elementary Service Squad, which recently raised money for Haiti relief and UNICEF and co-chairs the school’s Green School Initiative with Tina Ezekiel, which deals with composting, recycling and issues of the waste stream. “It all has to do with climate,” she said.
Favorite meal: “I like all ethnic food, but Indian food is a favorite of mine.”
Last book read: “A World Without Ice” by Henry Pollack.
Life philosophy: “Live each day like it’s your last. We never know what tomorrow brings.”

Students to learn about climate change
This year, eight Ann Arbor Public Schools teachers have been invited to bring students for the first full ANDRILL “C2S2 Student Climate Change Summit” which is taking place April 24 at three locations around the United States: in Ann Arbor at the Exhibit Museum of Natural History at the University of Michigan, at the Chicago Museum of Science and History and at the Campbell Creek Science Center in Anchorage, Alaska. The summit is funded through a grant from the U.S. National Oceanic and Atmospheric Administration.

WITH VIDEO: Third-graders from Pittsfield Elementary School took a field trip this month to Spring Valley Trout Farm for day of fishing and learning about fish habitat and aquaculture. Teacher Melissa Jaeger’s family owns and operates the farm, just west of Dexter. […]