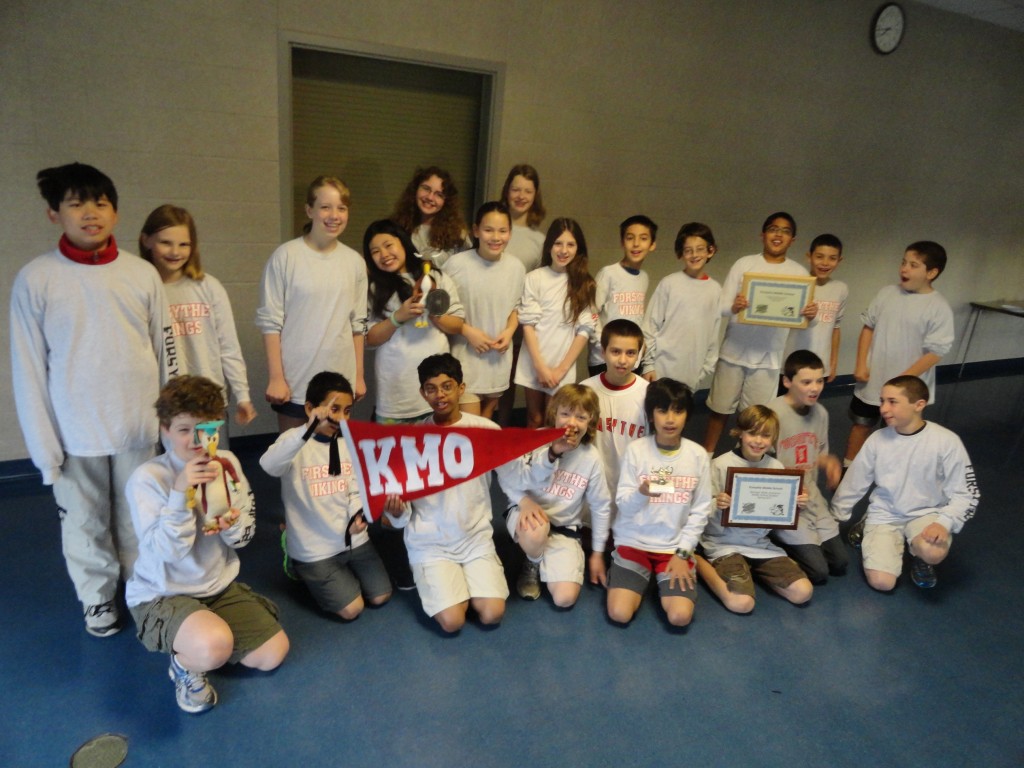 A team of 18 sixth graders from Forsythe finished third in Michigan out of 12 teams in the Knowledge Master Open competition held on March 21, 2012.  The KMO is a national knowledge contest that tests the ability of teams to answer questions in all subject areas quickly and accurately.  You can learn more about the KMO at greatauk.com.

On the national level, Forsythe placed 26th out of 272 teams. A team of fifth graders at Bach, coached by Mrs. Ezekiel, was first in the state out of eight teams in the fifth grade contest.

The Forsythe KMO Club is a middle school club that meets every Tuesday after school and is open to all Forsythe students in all grades. The team is coached by Dan Ezekiel and Mike Shaw.  We would like to thank our team parent, Marni Arnett, as well as Mrs. Desai for helping us on the morning of competition. Mr. Ezekiel’s student teacher Bill Massey has also helped out.  The last competition is in April, for seventh and eighth graders and a few sixth graders.