So he was thrilled when two celebrated, award-winning songwriters came to Pioneer’s Little Theater Thursday to talk for an hour.

“We’re so lucky,”   said Henry at the end of the fifth-hour appearance.  “I still can’t believe it.”

The songwriting duo and composing team of Pasek and Paul have a lot on their plates.

And the Golden Globe and Oscar for “best original song” for “City of Stars”  and that 2018 Golden Globe for Best Original Song for “This Is Me” from “The Greatest Showman.”

Not to mention all the upcoming projects sure to keep the accolades coming for many years.

So it was quite a coup for Pioneer High School staff and students when the University of Michigan graduates stopped by Pioneer’s Little Theater Thursday to discuss the novel they co-wrote—”Dear Evan Hansen” which was released this week. 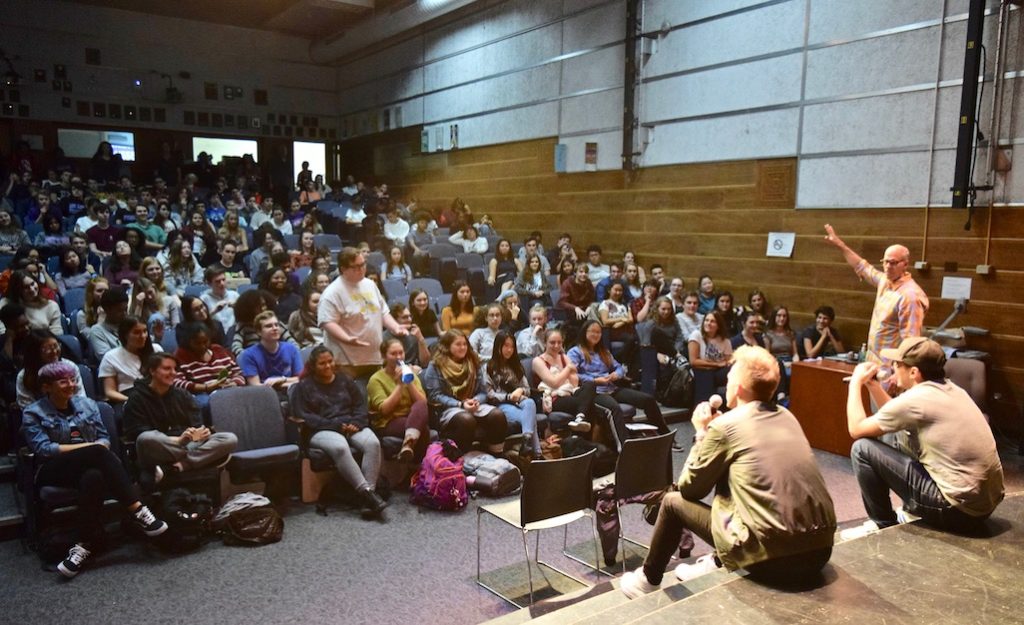 The event was coordinated by Literati Bookstore and the Pioneer English Department.

Pasek and Paul talked for about an hour, with time split discussing their new book and taking questions from the audience.  Two Pioneer students—Seth Dyer and Mia Galbarith—sang Pasek and Paul songs, as Justin Paul accompanied them on the piano. Guidance counselor Colleen Creal discussed resources available to help students struggling with mental health.

English Department Chair Don Packard noted that Pasek and Paul are at the top of the musical theater world.

Their novel is the story of high school senior Evan Hansen who gets caught in a lie about being the best friend of a classmate he hardly knew who takes his own life.

Packard added: “I’m hopeful that the release of this book will help further the conversation about mental health throughout our community.”

Senior Emma Hutchinson and junior Ruby Holyszko agreed that it was a privilege that Pasek and Paul visited their school.

“They have written songs that are so powerful that a lot of people need to hear,” Emma said.

“(Songwriting) is something I want to be able to do in the future,” said Ruby, before adding with a smile:  “To learn from them … ” 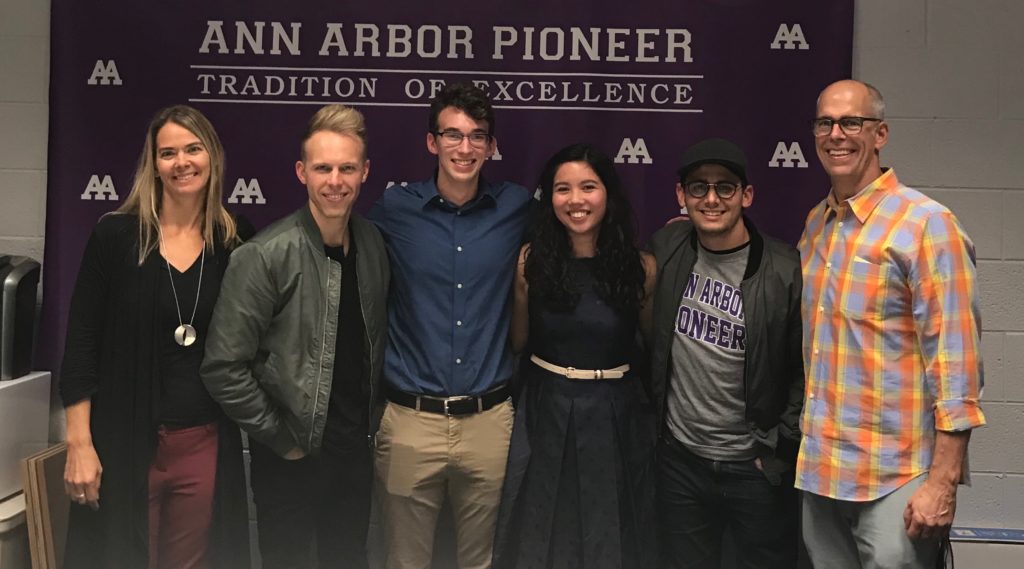