In “The Magic School Bus” cartoon from the 1990’s Ms. Frizzle used the magical transforming bus to take her students on adventures and teach them about science. Starting next year the Ann Arbor Public Schools will have four electric buses that similarly will be used to teach students about science, technology, and environmental issues and also help get them to and from school.

The buses are thanks to a grant from the Michigan Department of Environment, Great Lakes, and Energy and are part of a partnership with DTE Energy, Thomas Built Buses, Proterra, the University of Michigan and others. The state’s investment comes from funds received as part of the settlement with Volkswagen over their emissions lawsuit. AAPS along with six other school districts will receive a total of 17 electric school buses.

Recently Governor Gretchen Whitmer helped celebrate the announcement of the electric buses at the state capitol. “Getting these buses on the road is another step towards smart environmental stewardship,” Whitmer says. “It proves that here in Michigan we can be bold and make advancements in technology that will create a safer, more sustainable world for our kids and generations of Michiganders to come.” 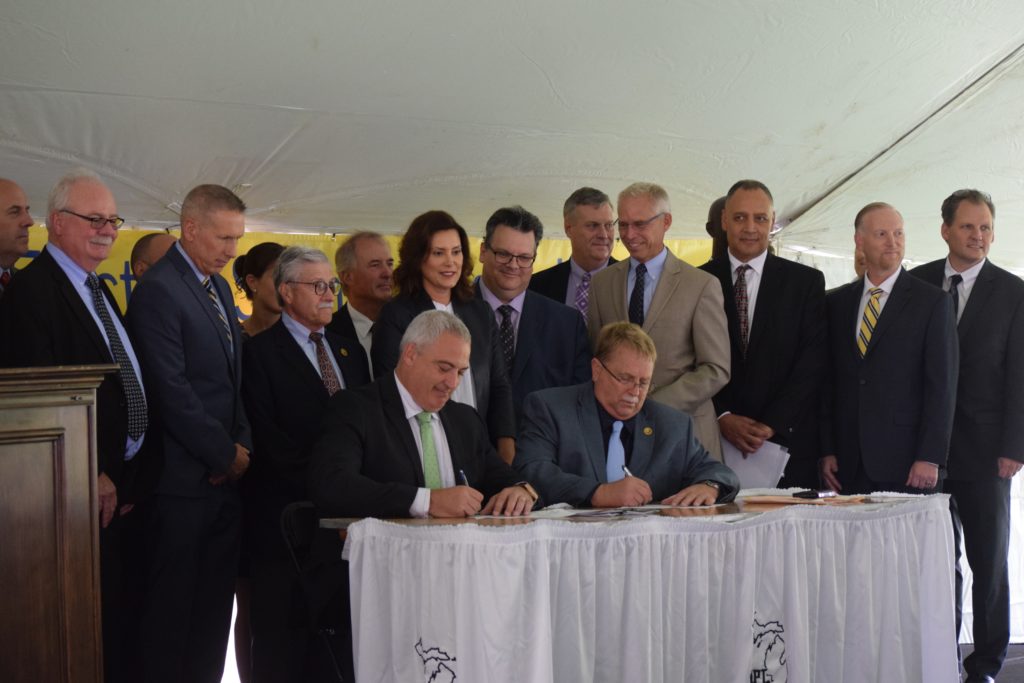 For the Ann Arbor Public Schools these buses will be used to transport students to A2 STEAM at Northside, for trips to the Freeman Environmental Education Center, to transport students impacted by poverty, and to take students to a school in the heart of the city. Assistant Superintendent for Finance and Operations Marios Demetriou says these electric buses without tailpipe emissions line up with the district’s concerns about the environment. “Our board and the Ann Arbor community believe that climate change is real, increasing, and caused by human activity,” Demetriou says. “At AAPS we are committed to practices that support a healthy environment for present and future generations.”

In addition to providing transportation, the electric buses are expected to become part of the curriculum at the districts that are receiving the grant. Lessons about emerging technology, alternative fuels, climate, and energy can all be driven from the new buses.

Students aren’t the only ones expected to find lessons in the new electric school buses according to DTE Energy Vice President of Corporate and Governmental Affairs Renze Hoeksema. “We’re looking forward in this partnership to learning more about the vehicle to grid relationship,” Hoeksema says. “This will help us further understand electric vehicle technology more broadly, the implications to grid performance and plan for future investments that allow for the expansion and further growth in these types of applications.”

One day electric buses could even play a role in powering schools or other facilities during power outages. That’s according to Leslie Kilgore the Vice President of Engineering for Thomas Built Buses. Kilgore discussed the Saf-T-Liner C2 Jouley Electric Bus that will be coming to AAPS while on a tour in Lansing. Kilgore says the inside of the bus is very similar to the company’s existing school buses with the batteries running inside of the rails the length of the bus for safety purposes. She says while they tried to keep the drivers area as similar to what they use today, some changes are necessary. “So your gauge now talks about the state of your charge, and how much energy is left in your battery,” Kilgore says. “Turning the vehicle on, there’s a different sequence, so it’s no longer put it in, put your foot on the brakes. Most of it’s the same, but there’s a few changes to the sequence of starting and then what you’re listening for because when you crank you don’t hear anything, there’s no feedback there.”

While the buses aren’t expected to arrive until next summer, officials from DTE Energy, Proterra, Thomas Built Buses and the University of Michigan have already met with district officials at the transportation building to begin planning for installation of the charging system. The plans are being developed in a way to allow for additional chargers if these test buses prove to be cost-effective, and durable. 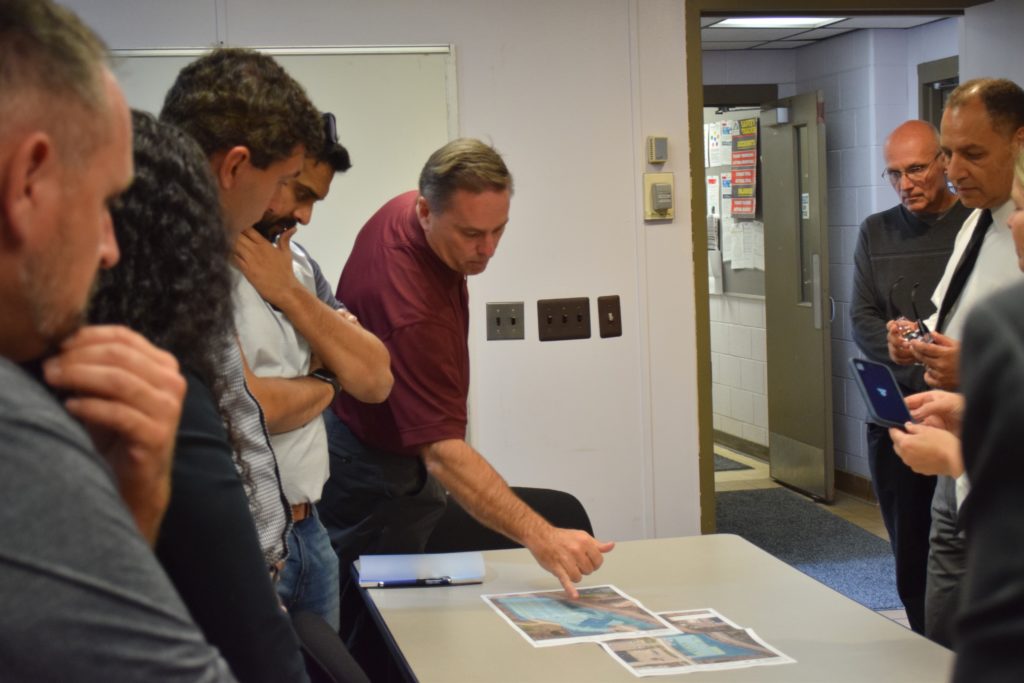