The special assembly was a nutrition-based take-off of the Food Network’s “Chopped” cooking show—in which four chefs compete before a panel of judges to turn baskets of mystery ingredients into a three-course meal. 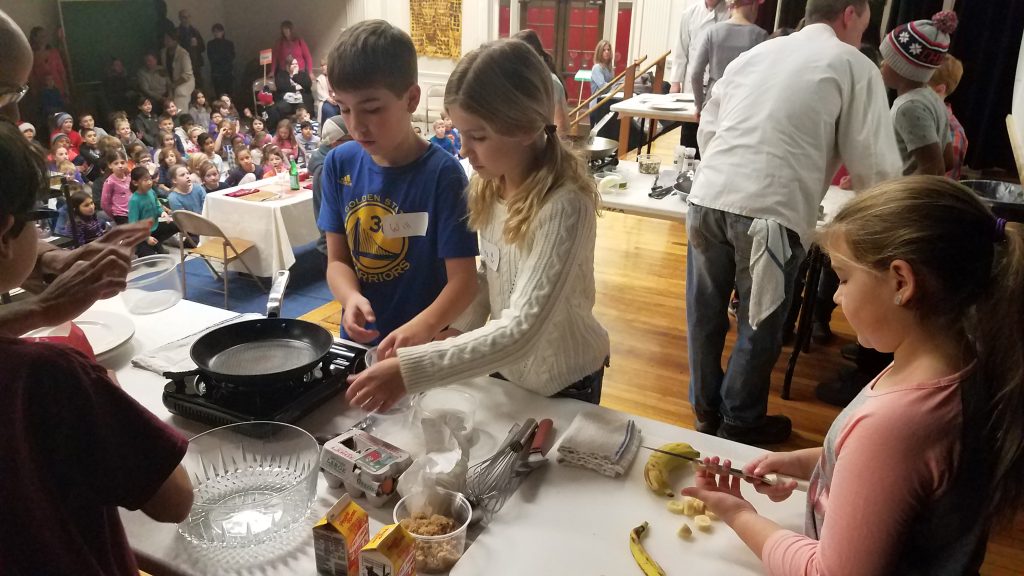 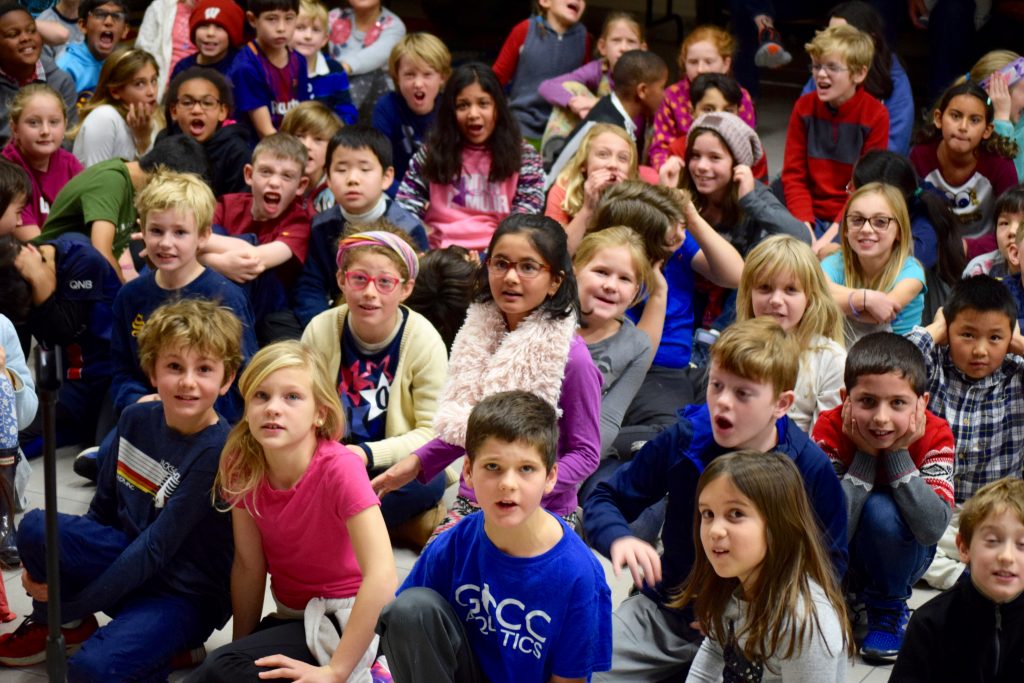 Each team was charged with preparing a nutritious appetizer, entrée or dessert in 20 minutes. Though their dishes were “judged,” they were all declared winners from the start. 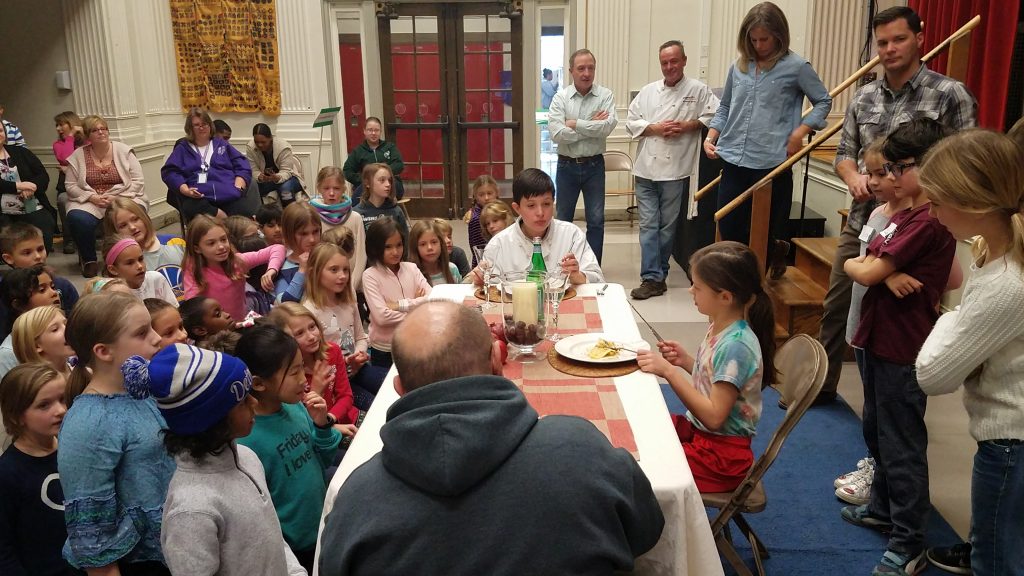 Watching and cheering from the sidelines were Burns Park students in grades 3-5, who enjoyed counting down the 20 minutes.

The assembly was held for the first time last year when Burns Park parents Dr. Sue McCreadie and Brad Whitridge, a pilot with a passion for cooking and nutrition, came up with this novel, fun way to emphasize wellness at the school. 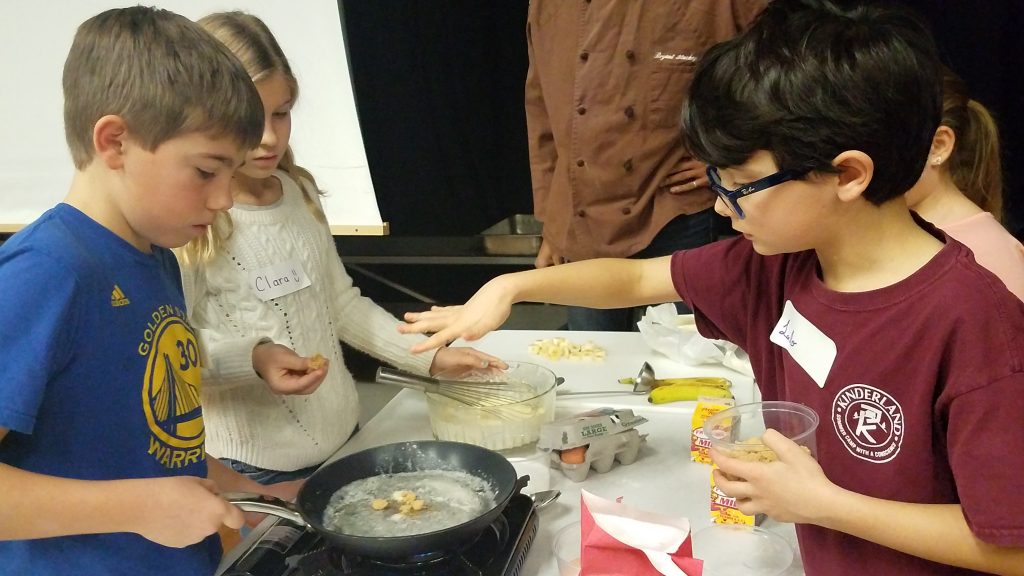