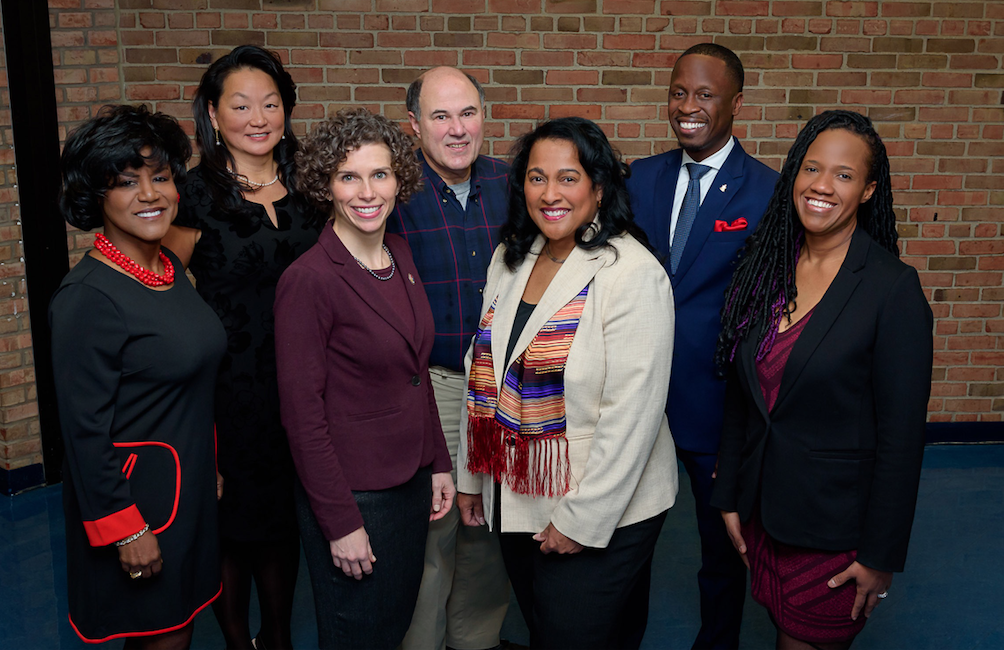 By Andrew Cluley-AAPS Director of Communications

The Ann Arbor Public Schools Board of Education elected Harmony Mitchell to serve as their president at their Organizational Meeting on January 16, 2019. New trustee Bryan Johnson was chosen to serve as Vice President. Trustee Jeff Gaynor will remain as board Secretary while new trustee Rebecca Lazarus was elected Treasurer.

The election of board officers occurred after Johnson and Lazarus were sworn in as new trustees, along with returning board members Susan Baskett and Jessica Kelly.

New President Harmony Mitchell was delighted with the trustees voting her in as president. “I feel fortunate to have the support of other Trustees and the Ann Arbor Community,” Mitchell says. “My hope as of this moment is to actively listen to issues and prioritize with my colleagues the best next steps. Ultimately, I want what is optimum for our district.”

In addition to choosing board officers, committee assignments were made. Trustees Baskett, Gaynor and Kelly will serve on the Planning Committee. The Performance Committee will be Johnson, Lazarus, and Lightfoot, while President Mitchell, Baskett, and Kelly comprise the Governance Committee.